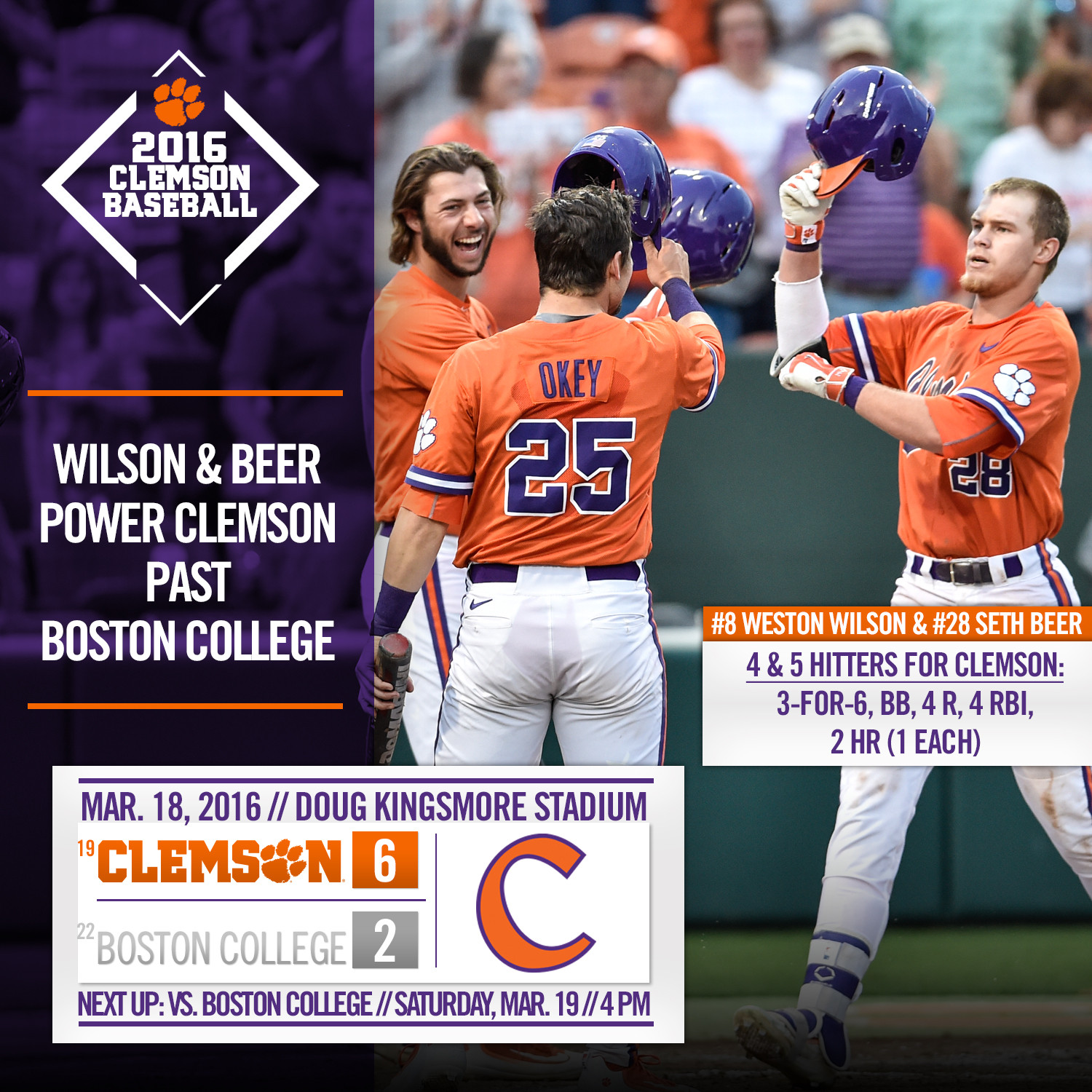 CLEMSON, S.C. – Seth Beer and Weston Wilson both belted two-run homers and Clate Schmidt tossed 7.0 strong innings with a career-high 11 strikeouts in No. 19 Clemson’s 6-2 win over No. 22 Boston College at Doug Kingsmore Stadium on Friday night. The Tigers, who took a 1-0 lead in the series and won their fifth game in a row, improved to 14-3 overall and 3-1 in the ACC. The Eagles fell to 12-4 overall and 2-2 in ACC play.

The Eagles hit two solo home runs in the top of the third inning to tie the score 2-2, then Beer blasted a two-run homer in the bottom of the third inning to extend his hitting streak to 15 games and give the Tigers the lead for good. Beer’s eighth homer of the year was followed by Wilson’s two-run homer in the fifth inning, his second long ball of the year.

In his first Friday start of the season, Schmidt (4-0) earned the win by allowing just six hits, two runs and two walks with 11 strikeouts in 7.0 innings pitched. Eagle starter Mike King (3-1) suffered the loss, as he gave up six runs on eight hits in 5.0 innings pitched.

The series continues Saturday at 4 p.m., on ESPN3. It’s Super Hero Day, as we celebrate your favorite super hero and our local heroes. It’s also trading card set No. 1 giveaway, as the first 500 fans receive the first pack of player trading cards. Fans can purchase four tickets and a $10 concession voucher for only $30. Local public servants can receive a free ticket and their immediate family members can purchase tickets for $5 as well.