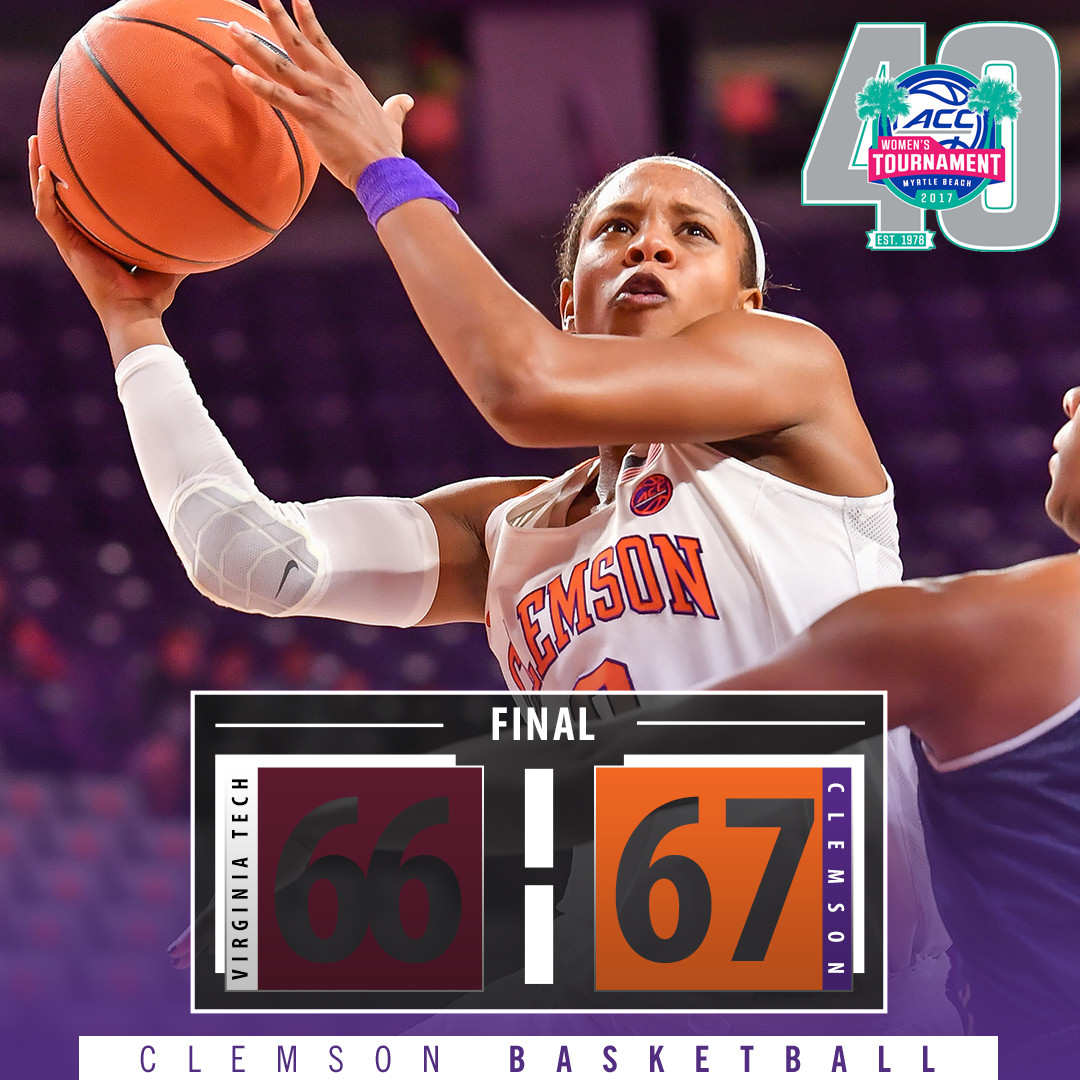 CONWAY, S.C. – Sophomore Danielle Edwards scored the last five points of the game for the Tigers, including the free throw that gave them the 67-66 lead and the win over Virginia Tech in the first round of the ACC Women’s Basketball Tournament in Conway, S.C. on Wednesday afternoon. With the win, the No. 13-Seed Tigers improve to 15-15 on the season, while the No. 12-Seed Hokies drop to 17-13. Clemson advances to the second round of the conference tournament to face No. 5-Seed Louisville on Thursday, March 2 at 11 a.m.

A three-point basket by junior Victoria Cardaci at the halftime buzzer to pull Clemson within two (32-30) seemed to ignite the Tigers, who came out in the second half with great momentum. Freshman Jaia Alexander converted a three-point play at the 6:36 mark in the third quarter, giving Clemson its first lead of the game at 37-36, and then sophomore Danielle Edwards hit a three to put the Tigers up 40-36.

Virginia Tech made a run to tie the game at 62-62 with 1:36 to go in the game, and the teams traded baskets until the score was tied again at 66-66 with 27 seconds remaining and possession with the Tigers. After running the clock down, Edwards drove to the basket and was fouled with three seconds left. The sophomore missed the first free throw, but drained the second, giving the Tigers the 67-66 lead and the win.

Sophomore Aliyah Collier was the fourth Clemson player in double figures with 10, along with six rebounds. Alexander grabbed 10 rebounds, a new career high for the freshman. As a team, the Tigers outrebounded the Hokies by an impressive margin of 15 rebounds, 48-33.

The ACC Tournament win was the first for Clemson since March 5, 2014, Head Coach Audra Smith’s first season leading the Tigers. That win was also over Virginia Tech in the first round of the tournament, a 69-56 victory in Greensboro, N.C.