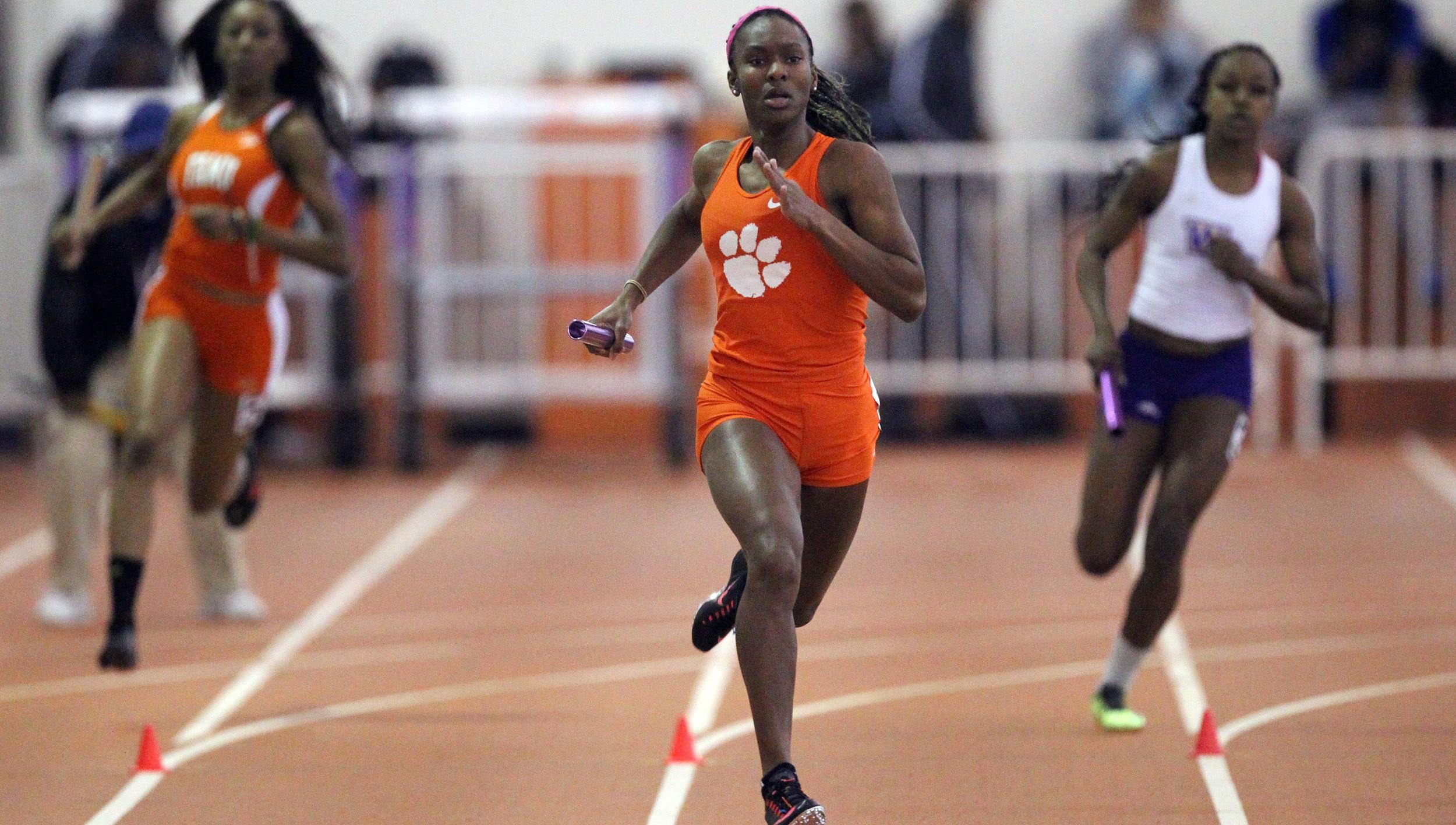 CLEMSON, SC – The Clemson track & field teams traveled to New York City on Thursday to prepare to compete in the two-day Armory Collegiate Invitational, held at the New Balance Center in upper Manhattan. The Tiger women’s team won the prestigious meet in 2012 and was runner-up last season, while the men took third place in 2013.

This is the third straight appearance at The Armory for the Tiger teams. Last season, The Bowerman winner Brianna Rollins was named Most Valuable Performer after winning two individual events and breaking the meet record in the 60 hurdles. Several of Clemson’s veteran athletes competing this weekend have experienced success in the facility that hosts several of the nation’s top ranked teams Friday and Saturday.

Nia Fluker was a member of the gold medal 4×400 relay in 2012 as a freshman. She is again entered in that event, as well as the championship 400 dash which is set for Friday prelims at 3:45 p.m. Nyjah Cousar and Malayshia George are also scheduled for the 400.

Torian Ware was runner-up at last year’s meet in the championship high jump. He cleared the bar at 7’2.25″ in his second appearance at The Armory. Ware is scheduled to jump at 3:15 on Saturday. His two classmates, Jameel Abdul-Mateen and Shai Carpenter, are also slated for the long and triple jumps on Friday and Saturday, respectively.

Tevin Hester had a strong debut in his first appearance at The Armory in 2013. The Oxford, NC product was third in the 200 dash and fourth in the 60. He will against compete in both this weekend. The men’s and women’s 60 prelims are set for Friday afternoon, with the 200 scheduled for Saturday. Reggie Lewis will join Hester in the men’s sprints. Whitney Fountain and Sabria Hadley headline the women’s short sprints.

Natalie Anthony and Brianna Blanton were both part of the group that broke Clemson’s distance medley relay record in 2012. Anthony is scheduled for the championship 5K on Friday (2:40), while Blanton will run the 1000 meters (4:25). Both are part of the DMR pool as well.

In the women’s field events, both Lauren Terstappen and Christy Gasparino have gone over 13 feet in the New Balance Center. Gasparino did it in 2012, while Terstappen did it last season in a 12th-place finish. The two are competing in the championship section at 5 p.m. Friday.