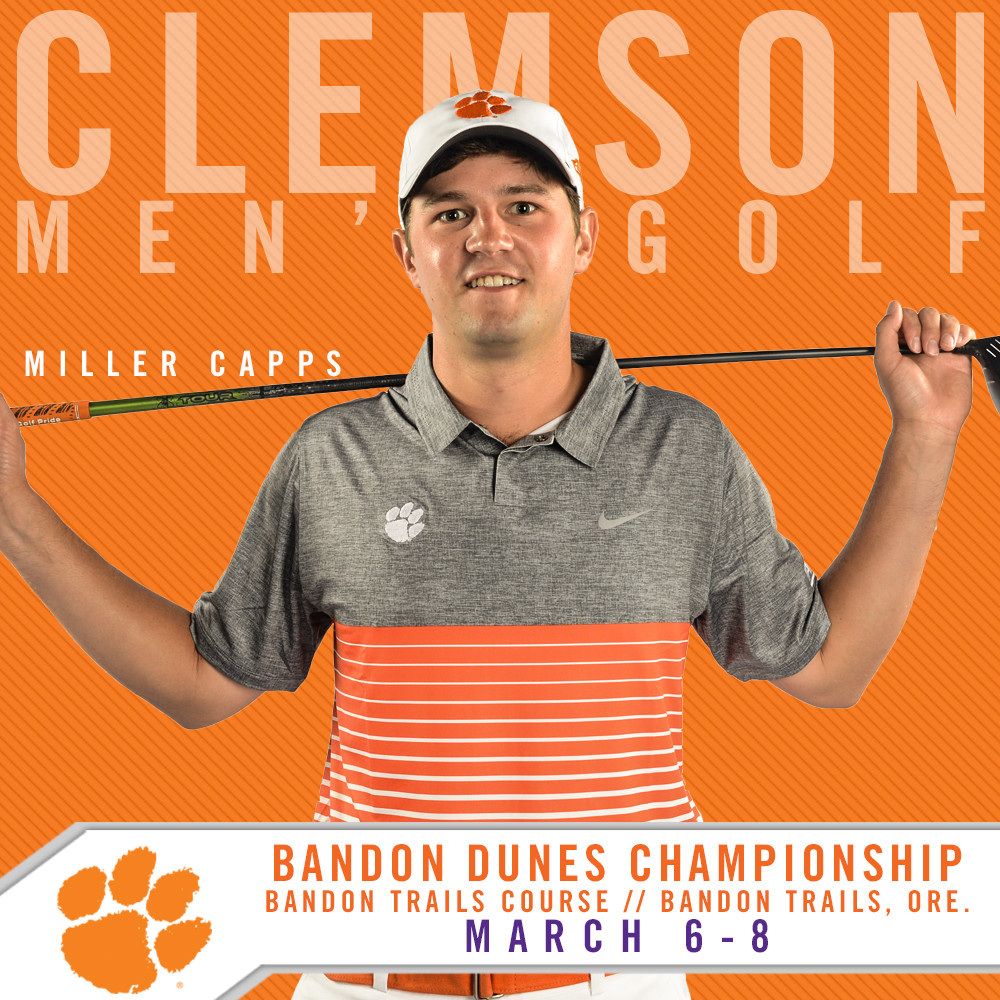 This will be the second of what Head Coach Larry Penley hopes will be three trips to Oregon this year.  In the fall, Clemson finished seventh out of 15 strong teams at the Nike Elite Invitational at Pumpkin Ridge in North Plains, Ore.  The NCAA National Championship will be held starting May 27 in Eugene, Ore.

Freshman Bryson Nimmer won a qualifier for the fifth position in the Clemson lineup for this week’s tournament.  The son of former Clemson golf Tony Nimmer finished second at an individual tournament in Puerto Rico with a one under par score of 212.

Stephen Behr continues to hold the top spot in Clemson’s lineup.  The graduate student has a 71.07 stroke average this year and this event will be the 40th tournament of his career.  He has a 72.42 career stroke average, seventh best in Clemson history.

Other Notes:  This is Clemson’s first trip to the Bandon Dunes Championship.  Duke won the  title last year  in an event that was shortened to 36 holes by weather. ….Clemson is the highest ranked team in the field according to golfweek/Sagarin with a No. 8 rankings…Washington is second among the 12-team field with a  No. 24 ranking…Clemson’s team has shot under par in three straight tournaments, including a season best 16-under-par at the Puerto Rico Classic…Clemson is a combined 32-under-par as a team for its last three events combined….graduate student Stephen Behr has been a big factor in that and is nine under par for his last three events combined, including a fourth-place finish in Puerto Rico where he shot six-under-par 210…the consistent player has shot between 210 and 215 for each of his five tournaments so far this year…Miller Capps is the only player on the Clemson team who has had his round count every time out this year…he is 15-15 in that category and is third on the team in stroke average at 72.47…Clemson has finished second or third in three of its five tournaments this year…Penley’s next tournament victory will be No. 66 of his career….Clemson owns “wins” over 18 of the top 24 teams in the nation in the latest Golfweek poll.