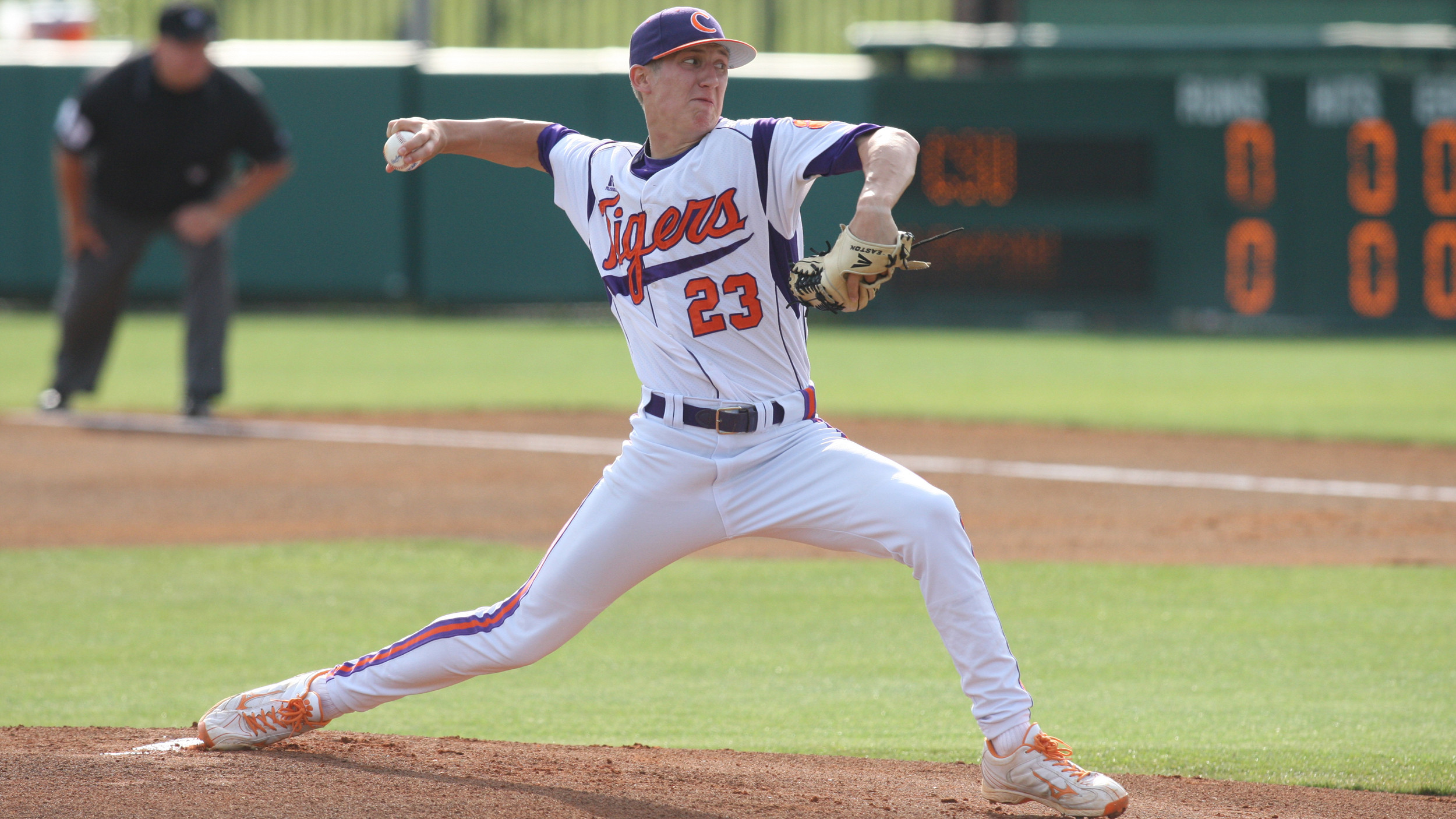 Tiger Baseball to Open 2013 Season vs. William & Mary this Weekend

The SeriesClemson and William & Mary have met three times on the diamond, with the Tigers holding a 3-0 lead in the series dating back to the 2000 season. All three meetings have taken place at Doug Kingsmore Stadium.

The three matchups between Clemson and William & Mary are the only three times Jack Leggett has faced the Tribe as a head coach.

The Starting PitchersIn game-one, William & Mary will start senior righthander Brett Koehler on the mound. The Glen Gardner, NJ native had a 6-2 record and 3.21 ERA in 70.0 innings pitched over 13 appearances (10 starts) in 2012. He surrendered 63 hits (.237 opponents’ batting average) and 10 walks with 55 strikeouts.

In game-two, the Tribe will send out senior righty John Farrell on the mound. The Andover, MA native had a 2-3 record, eight saves, and a 2.32 ERA in 42.2 innings pitched over 24 relief appearances in 2012. He surrendered 43 hits (.269 opponents’ batting average) and 14 walks with 42 strikeouts. Farrell, who has made 64 career appearances with the Tribe, will be making his first career start.

Clemson will counter with sophomore righty Patrick Andrews on Saturday. The Hilton Head, SC native had a 2-3 record and 5.52 ERA in 29.1 innings pitched over 20 relief appearances in 2012. Andrews, who will be making his first career start, yielded 29 hits (.264 opponents’ batting average) and 15 walks with 25 strikeouts.

The Tigers will counter with senior righthander Scott Firth on Sunday. The Buffalo Grove, IL native had a 4-0 record and 2.09 ERA in 51.2 innings pitched over 24 relief appearances in 2012. He gave up 44 hits (.229 opponents’ batting average) and 33 walks with 44 strikeouts. Firth will be making his first start since 2011 when he earned the win against Sacred Heart in the Clemson Regional on June 3.

The TribeWilliam & Mary, led by first-year Head Coach Jamie Pinzino, is a member of the Colonial Athletic Association and like the Tigers will play its first game of the season on Friday. William & Mary is coming off a 31-25 season, which included a 12-18 record in the CAA.

William & Mary returns 17 lettermen and six position starters along with seven of its 13 pitchers from a season ago. Junior infielder Ryan Lindemuth is among the top returning players. The Burke, VA native hit .376 with five homers, 48 RBIs, and 14 steals in 2012.

Sophomore infielder Michael Katz returns after hitting .316 with team highs in both homers (10) and RBIs (58) as a freshman. Senior righty John Farrell, who had eight of the team’s nine saves in 2012, also returns in 2013.

The TigersClemson enters the season-opening series against William & Mary coming off a 35-28 record in 2012. The Tigers return four position starters and 17 lettermen overall.

Among the top returnees are senior outfielder Thomas Brittle, who hit .298 with 15 stolen bases in 2012. Junior second-baseman Steve Wilkerson, like Brittle, was a Second-Team All-ACC player who batted .295 with 10 steals in 2012.

PollsClemson enters the 2013 season unranked, but has had at least one final top-25 ranking in 15 of Head Coach Jack Leggett‘s first 19 seasons in Tigertown. The Tigers have also been ranked #1 for 20 weeks by at least one of the three major polls under Leggett. Their last #1 ranking came on February 12, 2007 by both Baseball America and Collegiate Baseball.

Leggett Leading a Consistent WinnerHead Coach Jack Leggett has an 847-404-1 (.677) record at Clemson in 19 seasons. The late Bill Wilhelm has the most wins of any Tiger coach with 1,161 in 36 seasons (1958-93) at Clemson. Leggett’s 847 wins are second-most in school history. No other Clemson coach has more than 70 wins while in Tigertown. Leggett earned win #800 as the leader of the Tiger program in Clemson’s 12-0 victory over Gardner-Webb in the second game of a doubleheader on May 7, 2011.

Through Leggett’s first 19 seasons at Clemson, he has 847 wins. Only six other programs (Florida State, Wichita State, Rice, Louisiana State, Cal State Fullerton, Miami (FL)) have more wins over that span from 1994-12. Leggett has also directed Clemson to a winning record in ACC regular-season games in 18 of his 19 seasons in Tigertown.

Since Curry, who is in his fourth season in the program, was designated as a bullpen catcher in 2011, he can never play in a game as a Tiger. The fact that he was voted as a team captain shows the tremendous amount of respect he has garnered among his teammates.

Preseason Individual HonorsSeveral Tigers received accolades in the preseason. Below is a list of all Tigers who received preseason recognition.

#3 Tyler Krieger, INF• #23 freshman in the nation by Perfect Game

#22 Wales Toney, RHP• #99 freshman in the nation by Perfect Game

Future ACC Tournament SitesThe 2013 ACC Tournament will be played at Durham (NC) Bulls Athletic Park, where it has been held five times, including in 2011. Locations for the tournament after the 2013 season have yet to be determined.