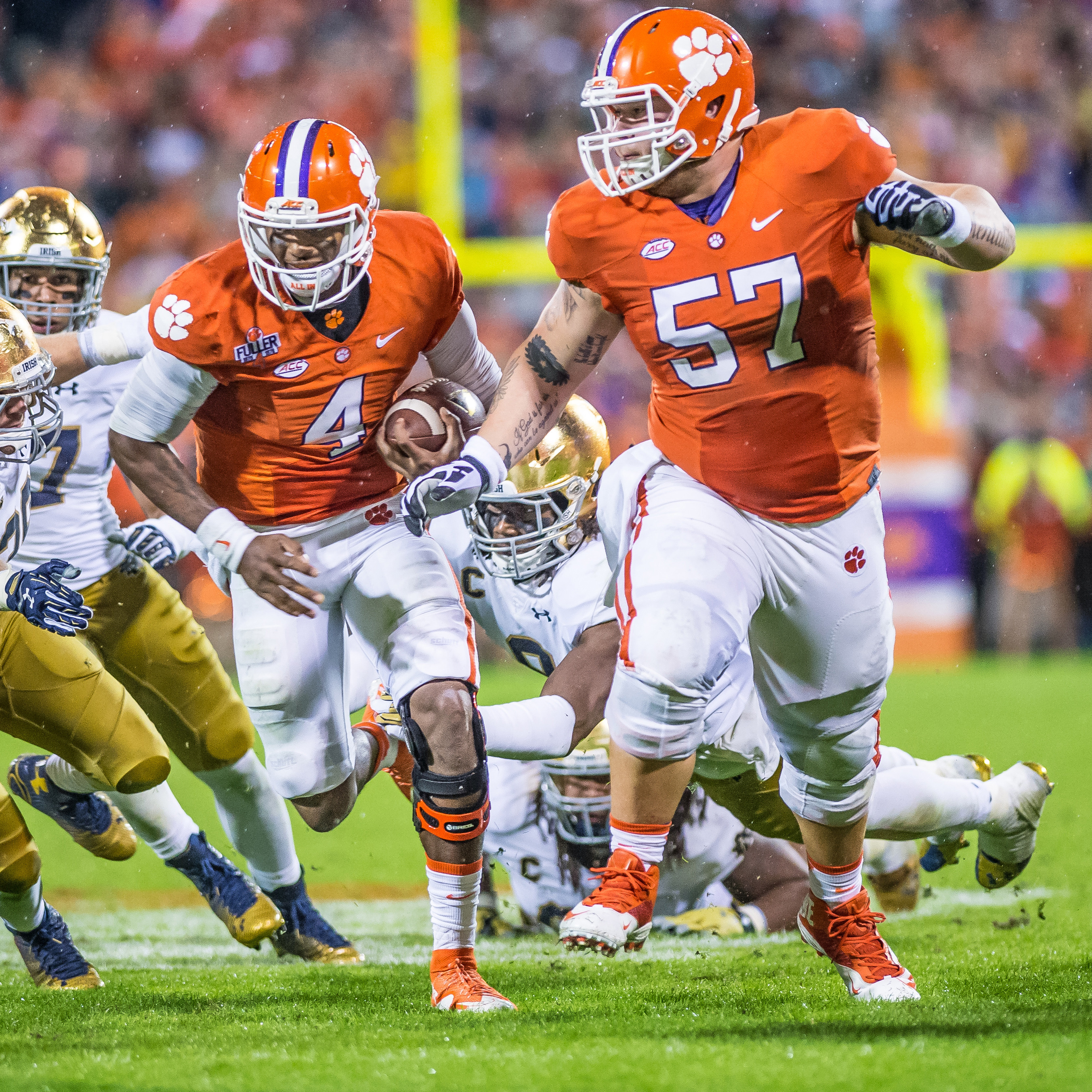 The National Championship: A Classmate’s Perspective

The National Championship. To some, this game means becoming immortalized in their school’s history. To others, it is the chance for fame and glory. To the Clemson faithful, it is a testament to the men that they have watched grow up over the course of an unforgettable season.

For me, the National Championship is an opportunity to see some of my classmates live out a lifelong dream.

As a northerner getting my first taste of the south when I transferred to Clemson, it was hard for me to grasp the pedestal on which these athletes, my classmates, were placed. To me, they were a bunch of goofy guys I had class with every day. But as I have grown up with them over the past two years, I have begun to understand.

I have to admit; working for the athletic department has given me pretty unique access to these players. Every week I have the opportunity to see them at their best, but also their worst. I’ve heard countless stories throughout the team detailing the triumphs and tragedies that made them the men they are.

It is a humbling experience to see some of the most monstrous forces on the field in such a vulnerable state.

It is easy to get caught up in the excitement surrounding this team as they effortlessly grace magazine covers, dance across television screens and win game after game. However, the thing that blows me away the most is that each one of these iconic players is essentially just like each of us. When the Tigers take the field for the final time tonight in Glendale, I refuse to look at each player as just a number on a jersey.

Instead, I will see the defensive tackle who plays the game to honor his late father and to see the smile on his mother’s face. I will see the center who battled with depression and won. The cornerback who knew football was his ticket to education. And, of course, the quarterback who gives back more than anyone could ever ask simply because he has struggled himself.

Tonight’s game easily has the highest stakes that Clemson has seen in a long time. But keep in mind Tiger fans: every moment in these players’ lives has shaped them for this moment, this stage. And no matter what happens tonight, January 11, these Tigers have given us the season of our lives.