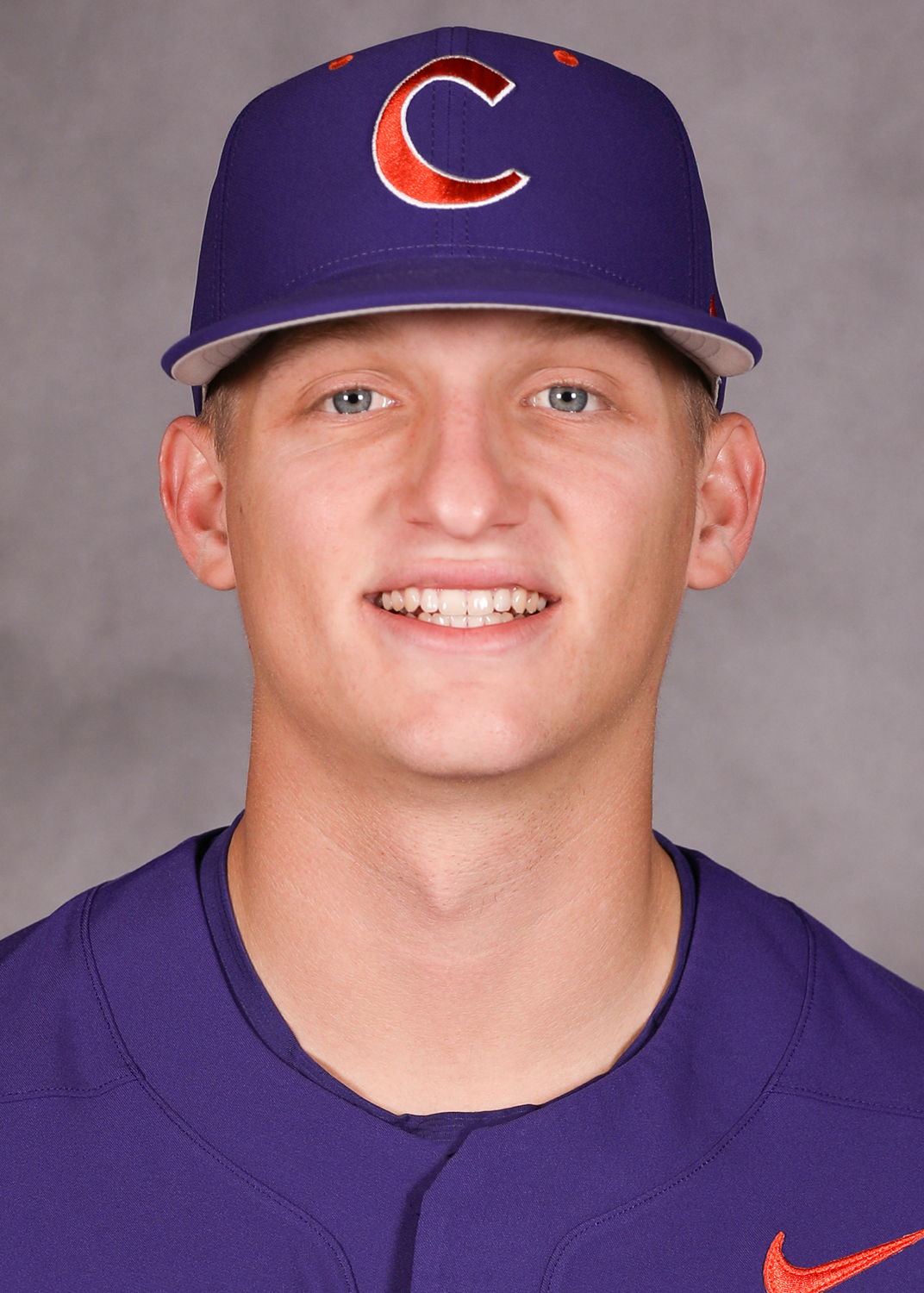 Versatile player who played multiple positions … a career .280 hitter with a .320 slugging percentage and .379 on-base percentage in 12 games (five starts) over two seasons … had a double, four RBIs, a run, three walks and a hit-by-pitch.

2021: Hit .250 with a run, double, four RBIs, a .357 on-base percentage, three walks and a hit-by-pitch in 11 games (five starts, including three at second base and two as the DH) … did not commit an error in 16 chances … hit a pinch-hit, go-ahead, two-run single in the seventh inning at No. 16 South Carolina on Feb. 28 … went 2-for-5 with a two-run double against East Tennessee State on March 2; was his first career start.

• Favorite hobbies – Playing Spikeball and spending time on Lake Hartwell
• Interesting fact about family/parents – Both of his siblings are doctors
• One fact that most people don’t know – Can do a standing backflip
• Favorite food or candy – Ribeye steak and sushi
• Proudest childhood accomplishment – Learned to ride a bike without training wheels at two
• Ideal vacation spot – Mykonos, Greece
• Childhood hero – The Incredible Hulk
• One person, living or dead, to eat dinner with – Jesus