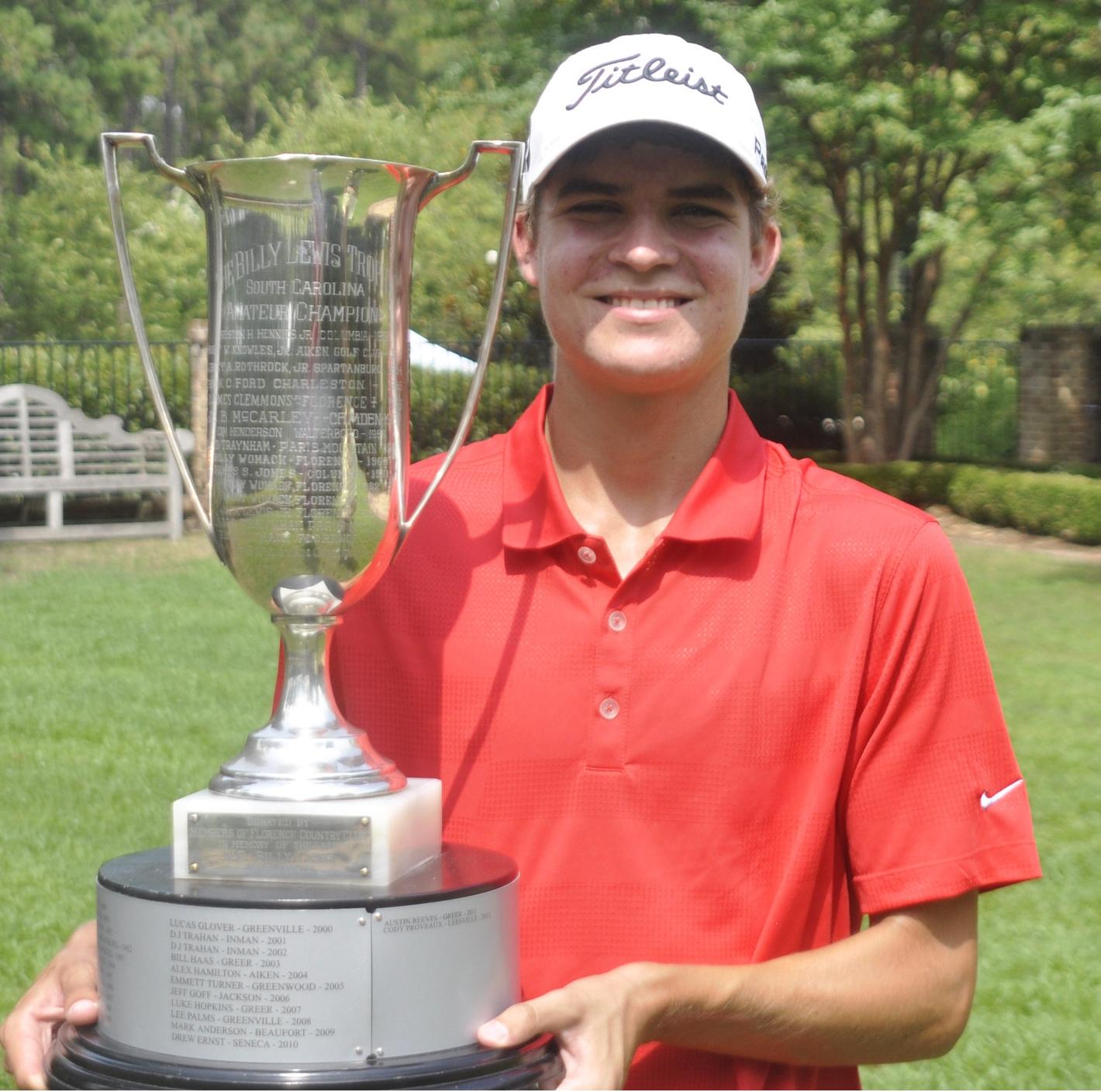 Clemson, S.C.—Six Clemson golfers, including rising juniors Austin Langdale and Carson Young, made the cut at the South Carolina Amateur on Friday.  The 84th annual event is being played at the Chanticleer Course at the Greenville Country club.

Langdale and Young, who have played golf together since they were in grade school,  are the top Tigers through 36 holes with identical totals of 143, good enough for seventh place.  Keenan Huskey of Greenville, S.C., has a five-shot lead on the field with a nine-under-par score of 135.    Langdale has had rounds of 73-70, while Young has shot 75-68.  Young’s second round included seven birdies and he shot a four-under-par 32 on the back nine.

Stephen Behr, who will be in his final season at Clemson this fall, has had consecutive rounds of 73 and his 146 total ranks 19th.  Incoming freshman Bryson Nimmer made the cut after rounds of 75-76 and his seven over score of 151 is tied for 47th.  Also making the cut were sophomore Josh Fickes at 155, good enough for 65th, and senior Blake Kennedy, who has a 156 total, 67th place.

All six players will continue play on Saturday and Sunday at the Chanticleer Course.   A golfer with ties to Clemson has won the South Carolina Amateur 15 times since 1975, including Young, who won the tournament in 2013.