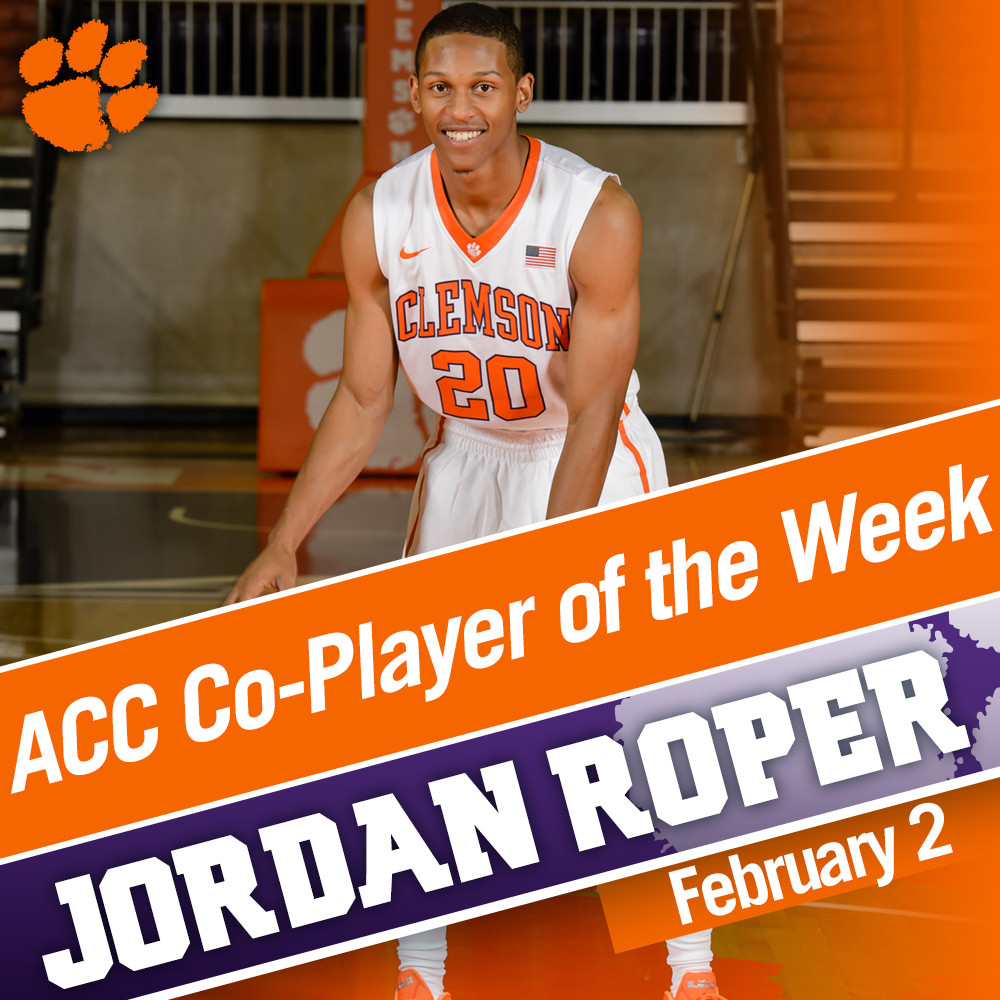 Roper ACC Co-Player of the Week

Roper led the Tigers to a 2-0 record last week, with a 68-57 win at NC State and 64-49 win at home over Boston College on Saturday. Roper averaged 21 points per game between the two, posting game highs of 18 against the Wolfpack and 24 versus the Eagles. The 24 points against Boston College were a career high for the Columbia, S.C., native.

Roper scored the Tigers’ first 11 points in the win over Boston College and finished with a career-high six makes from three-point range. He made nine three-point goals over the two games, matching his season total entering the week.