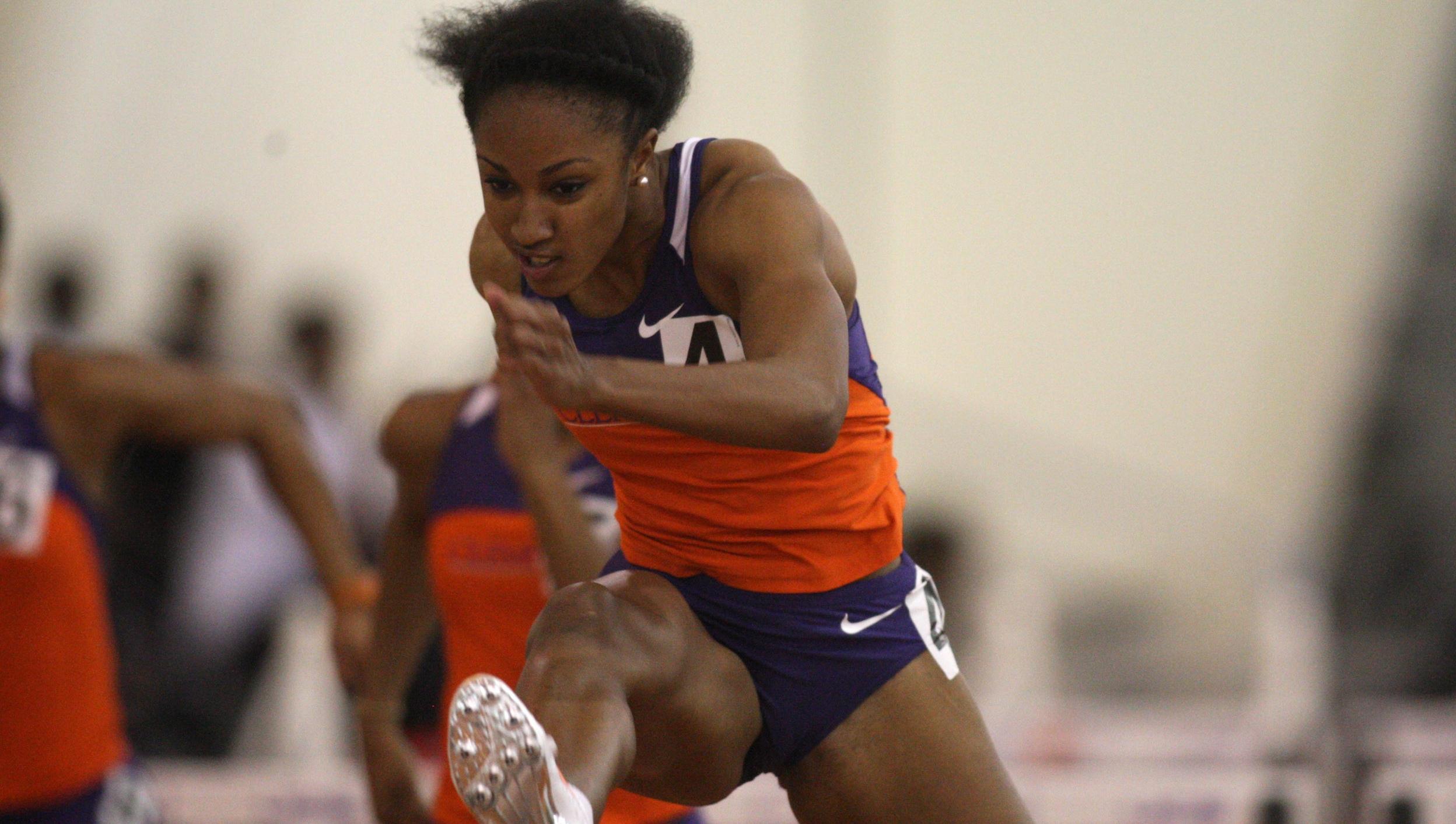 CLEMSON, SC – Clemson track & field athletes Brianna Rollins and Torian Ware received multiple honors this week on both the ACC and national level for performances stemming from last weekend’s Tiger Challenge. Rollins was named USTFCCCA National Athlete of the Week for Division I women’s track & field on Monday, while both she and Ware received ACC Performer of the Week honors to give the Clemson program a clean sweep of the weekly honors on Tuesday.Rollins established an NCAA record by winning the 60-meter hurdles on Friday, Jan. 11. The senior from Miami, FL clocked a time of 7.78 – beating the closest competitor by four tenths of a second. Her time broke the previous NCAA standard of 7.84, set by Southern Cal’s Ginnie Powell in 2006. Rollins’ previous best was 7.93 last season at the NCAA Indoor Championships. Ware, a sophomore who hails from Crawfordville, GA, cleared a personal best 7’5″ (2.26m) in the high jump. His mark broke the Clemson Indoor Track facility record. Ware’s jump is No. 2 on the national descending order list behind Nebraska’s James White, who jumped 7’5.25″ last weekend. Ware’s ACC honor was the first of his career, and he also received honorable mention for the Division I men’s National Athlete of the Week for his performance.