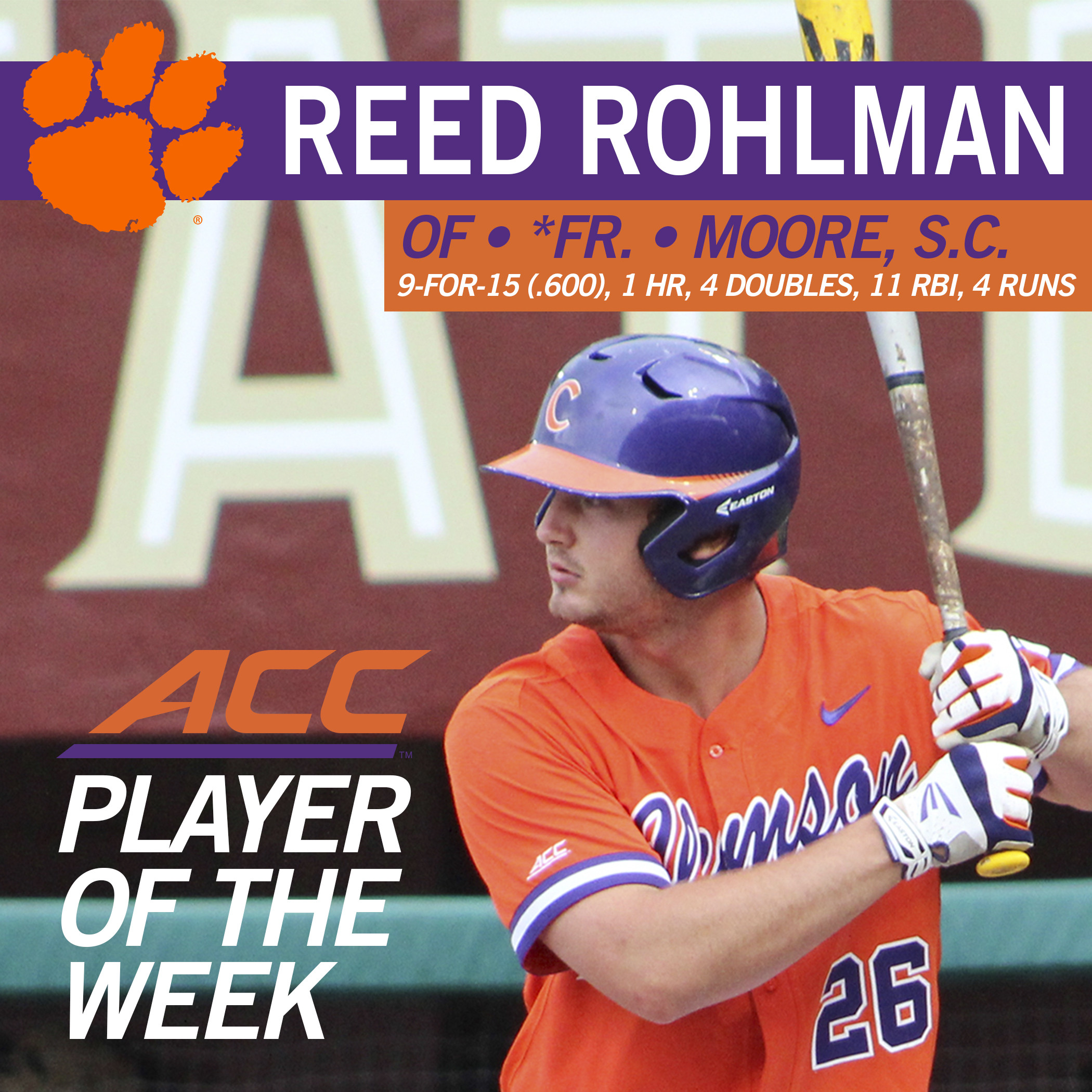 Rohlman led the Tigers to a 4-0 week, including a three-game sweep at No. 8 Florida State, by going 9-for-15 (.600) with four doubles, one home run, a 1.067 slugging percentage, 11 RBIs, four runs and two walks in four games. He had at least two hits in all four games and at least three RBIs in three games. Against the Seminoles in Tallahassee, he went 7-for-11 (.636) with three doubles, one homer, a 1.182 slugging percentage, seven RBIs and three runs in three games. On Saturday, the freshman outfielder from Moore, S.C. tied a school record with three doubles in Clemson’s 9-6 victory.