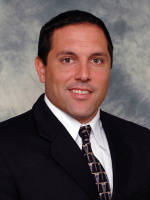 Clemson, SC – Josh Postorino has been hired as the men’s basketball director of operations at Clemson. He replaces Will Wade, who moved on to an assistant coaching position at Harvard University. Postorino was hired initially as an assistant coach when Oliver Purnell was named Clemson’s head coach in 2003, but left with Ron Jirsa to coach at Marshall University after just a short time with the Tiger program.

Postorino spent the past four seasons as an assistant coach at Marshall in Conference USA. He helped the Thundering Herd to a victory this past season over Virginia Tech, an eventual NCAA Tournament participant. He also was instrumental in helping Marshall to a 58-52 victory over a Sweet 16 West Virginia squad in 2005-06.

He spent the 2000-01 season as the director of operations at Dayton, before moving into a full-time assistant coaching position under Purnell for his final two years with the Flyers. In his three years as a full-time staff member, he helped Dayton to an overall record of 66-30 (.688 winning percentage) and three postseason appearances. He helped the Flyers to a 24-6 overall record in 2002-03 and #4 seed in the NCAA Tournament.

Postorino was the first player signed by Purnell at Dayton. He lettered all four seasons (1995-99), but his playing career was cut short due to medical complications. He played in 75 career games with the Flyers and graduated from Dayton with a marketing degree in 1999.

A 30-year old native of Clearwater, FL, he is married to the former Jennifer Gantt.