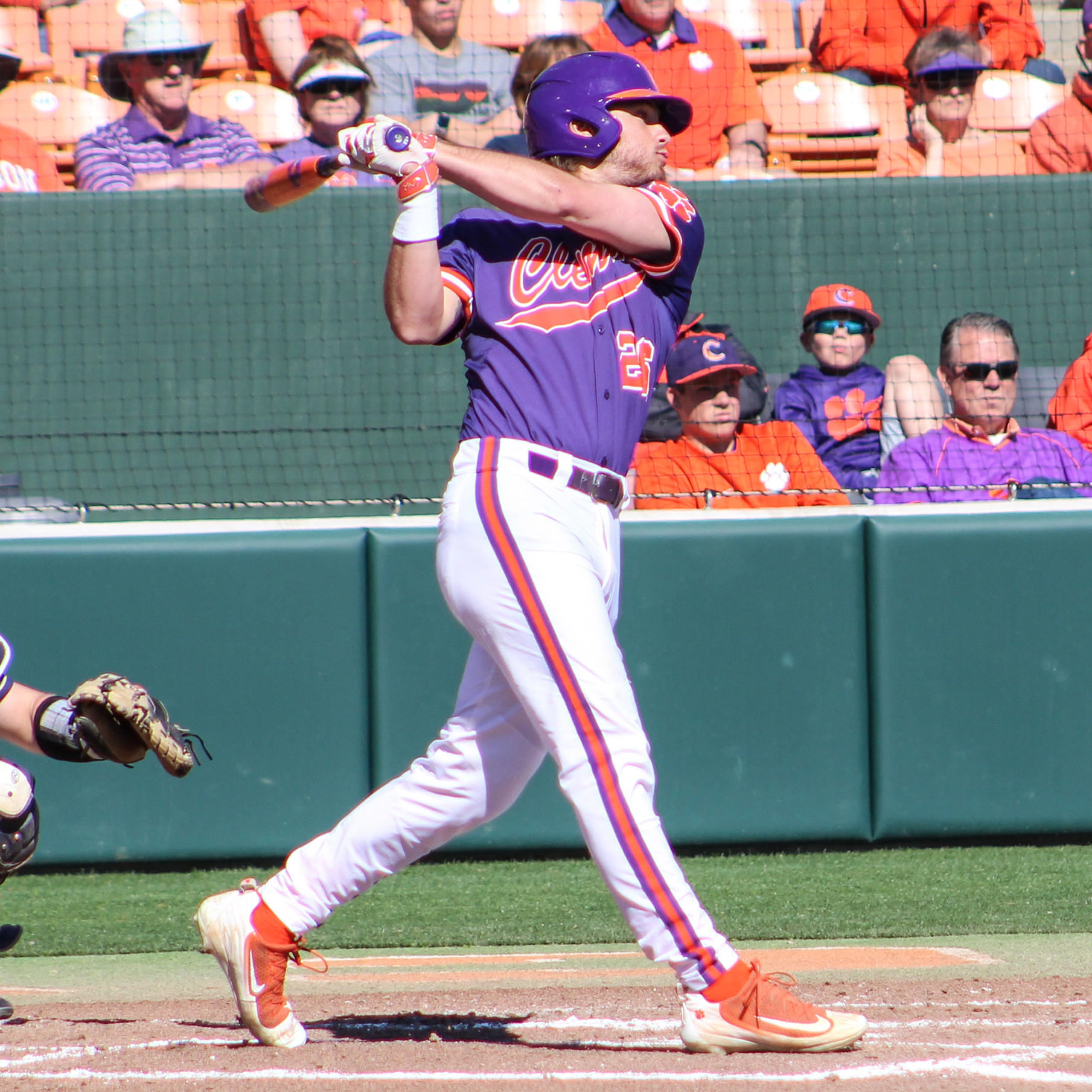 CLEMSON, S.C. – Charles LeBlanc and Alex Kowalczyk combined for six hits and 10 RBIs to lead Pittsburgh’s 18-hit attack in its 15-5 victory over No. 17 Clemson at Doug Kingsmore Stadium on Saturday afternoon. The Panthers, who evened the series 1-1, improved to 13-10 overall and 5-6 in the ACC. The Tigers, whose 13-game home winning streak came to an end, fell to 20-7 overall and 6-5 in ACC play.

Reed Rohlman belted a two-run double in the first inning to give the Tigers a 3-2 lead, then the Panthers responded with three runs in the second inning. Seth Beer, who earlier extended his hitting streak to 23 games, eighth longest in school history, hit a solo homer, his 12th of the year overall and ninth in ACC games, in the third inning. After the Tigers tied the score 5-5 in the fourth inning, Pittsburgh scored three runs in the fifth inning and four runs in the sixth inning to pull away. Ten of the Panthers’ last 13 runs came on six two-out singles. Tiger shortstop Eli White extended his hitting streak to 10 games as well.

The series concludes Sunday at 1 p.m. Live video is available for free on TigerCast at ClemsonTigers.com. Fans can purchase four tickets and a $10 concession voucher for only $30. It’s also Greek Life Day, as Clemson fraternities and sororities compete for bragging rights and a good cause.