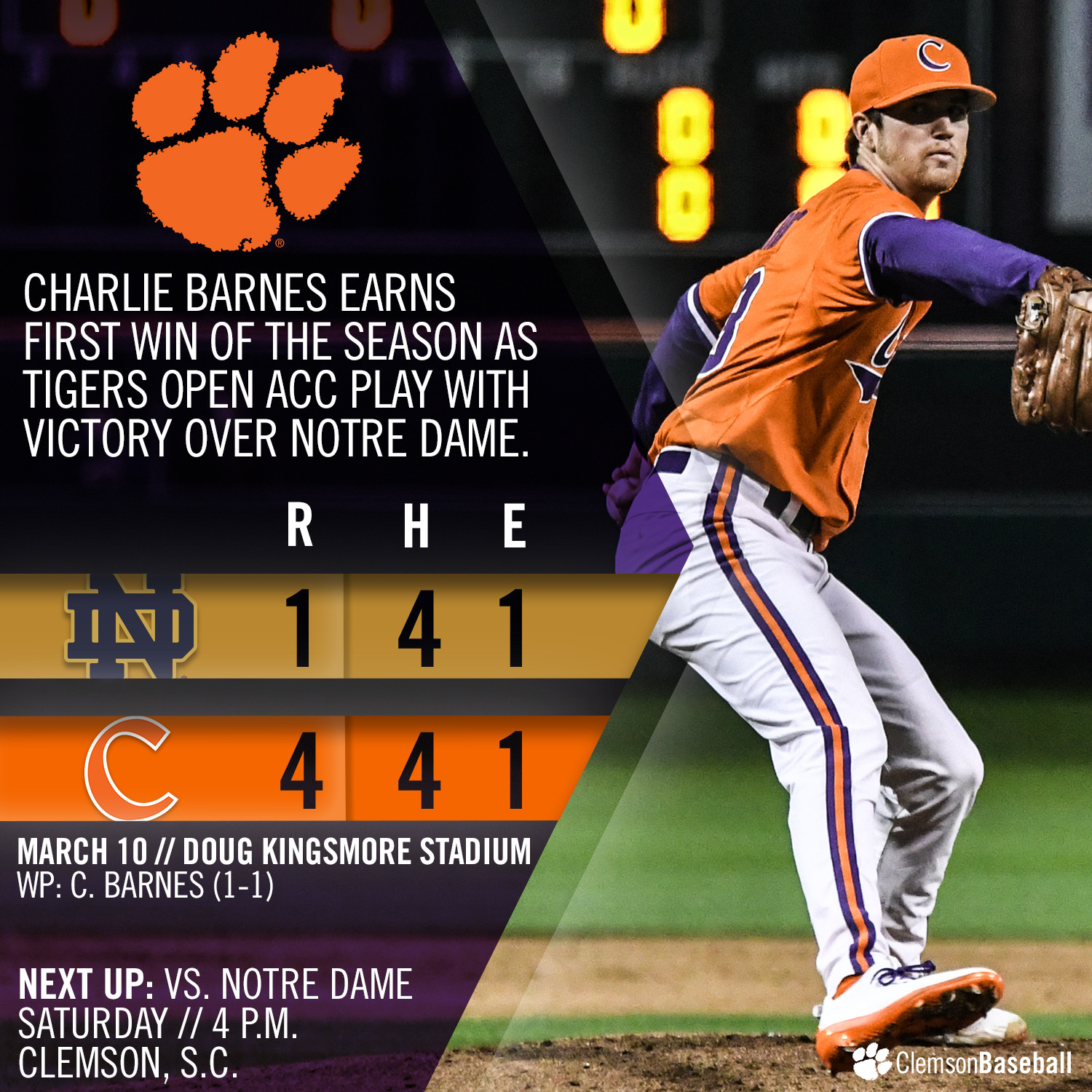 CLEMSON, S.C. – Charlie Barnes tossed 6.1 strong innings to lead No. 9 Clemson to a 4-1 win over Notre Dame at Doug Kingsmore Stadium on Friday night. The Tigers, who took a 1-0 lead in the series, improved to 10-3 overall and 1-0 in the ACC, while the Fighting Irish fell to 3-9 overall and 0-1 in ACC play.

Barnes (1-1) allowed just four hits, one unearned run and two walks with seven strikeouts in 6.1 innings pitched to earn the win. Jacob Hennessy pitched the final 2.2 innings to record his second save of the season. Notre Dame starter Brandon Bielak (0-3) suffered the loss, as he yielded three hits, three runs and six walks with six strikeouts in 5.0 innings pitched.