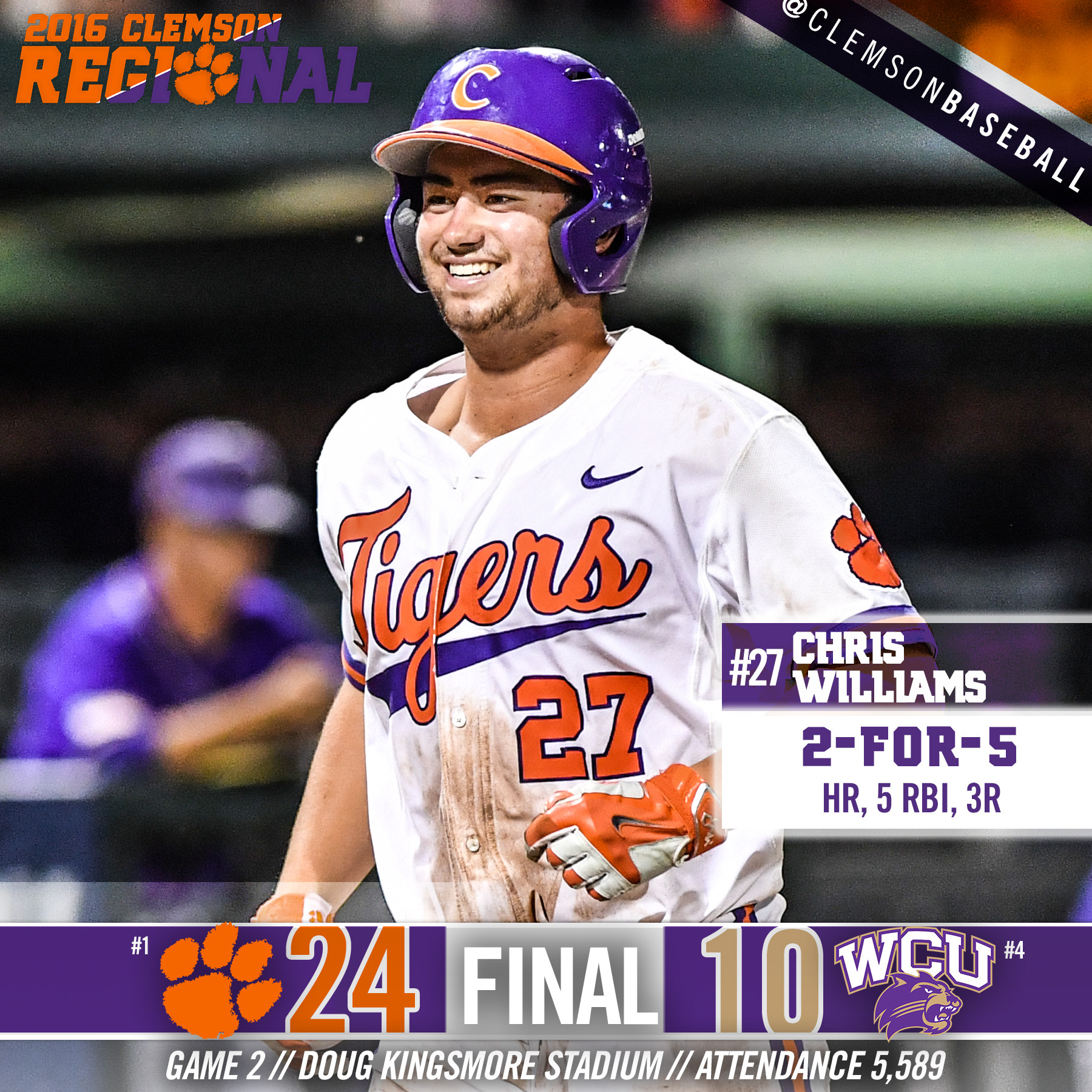 CLEMSON, S.C. – No. 9 Clemson stormed back from a 6-0 deficit with 10 runs in the third inning, set a Tiger NCAA Tournament record with seven home runs and tied the school record for runs in an NCAA Tourney game in its 24-10 victory over Western Carolina in the Clemson Regional at Doug Kingsmore Stadium on Friday night. The Tigers, who won their 10th game in a row, improved to 43-18, while the Catamounts dropped to 30-30. It marked the first time since March 14, 1998 that Clemson scored 18+ runs in back-to-back games.

Western Carolina scored two runs in the second inning and four unearned runs in the top of the third inning to build a 6-0 lead. But Clemson answered back with its most runs in an inning since May 15, 2010 (Wake Forest) in the bottom of the third. Chris Williams hit a two-run single, Seth Beer belted a grand slam, his 17th long ball of the year, and Chris Okey followed with a solo home run to highlight the uprising. Clemson tacked on five runs in the fifth inning, keyed by Williams’ three-run homer, then Okey belted his second homer of the game and 14th of the year, a three-run shot, in the sixth inning. Triller and Eli White added long balls in the seventh inning, then Triller hit another home run in the eighth inning.

Clemson plays Oklahoma State in the winners bracket on Saturday at 7 p.m., on ESPN3.