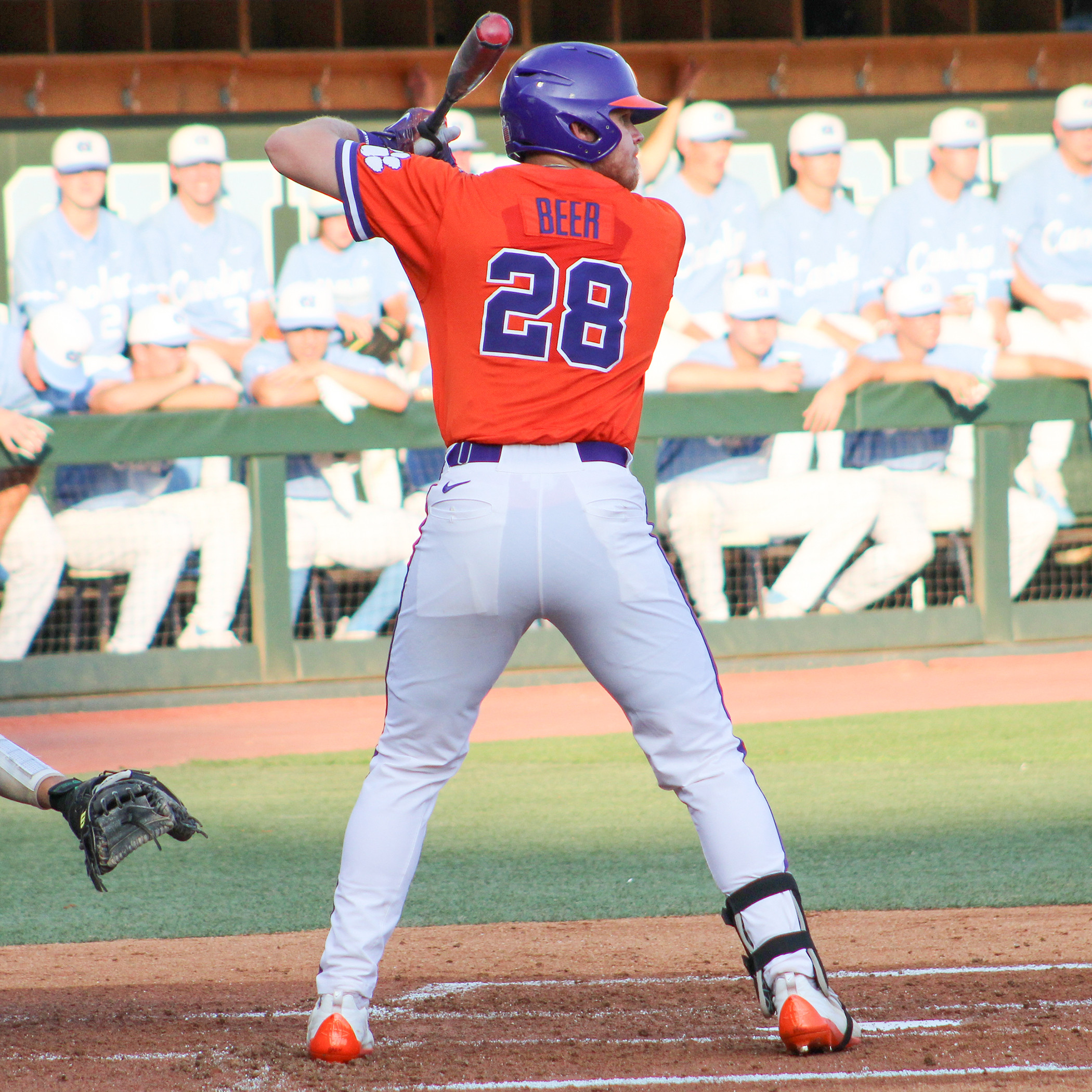 CHAPEL HILL, N.C. – Pinch-hitter Michael Busch’s three-run double with two outs in the seventh inning broke a 1-1 tie and lifted No. 3 North Carolina to a 5-1 victory over No. 3 Clemson at Boshamer Stadium on Friday night. The Tar Heels, who took a 1-0 lead in the series, improved to 34-9 overall and 17-5 in the ACC. The Tigers dropped to 34-9 overall and 16-6 in ACC play.

Chris Williams led off the sixth inning with his 11th home run of the season. But with two outs and the bases empty in the seventh inning, North Carolina tallied three singles, two walks and a three-run double by Busch to score five runs. Reed Rohlman hit a single in the eighth inning to extend his hitting streak to 20 games. It is the 22nd hitting streak of 20+ games in Clemson history.

Tar Heel starter J.B. Bukauskas (8-0) earned the win, as he allowed five hits, one run and three walks with seven strikeouts in 7.0 innings pitched. Tiger starter Charlie Barnes (4-3) suffered the loss, as he surrendered four hits, four runs and two walks with eight strikeouts in 6.2 innings pitched. Barnes did not allow a Tar Heel to advance past first base until the seventh inning.