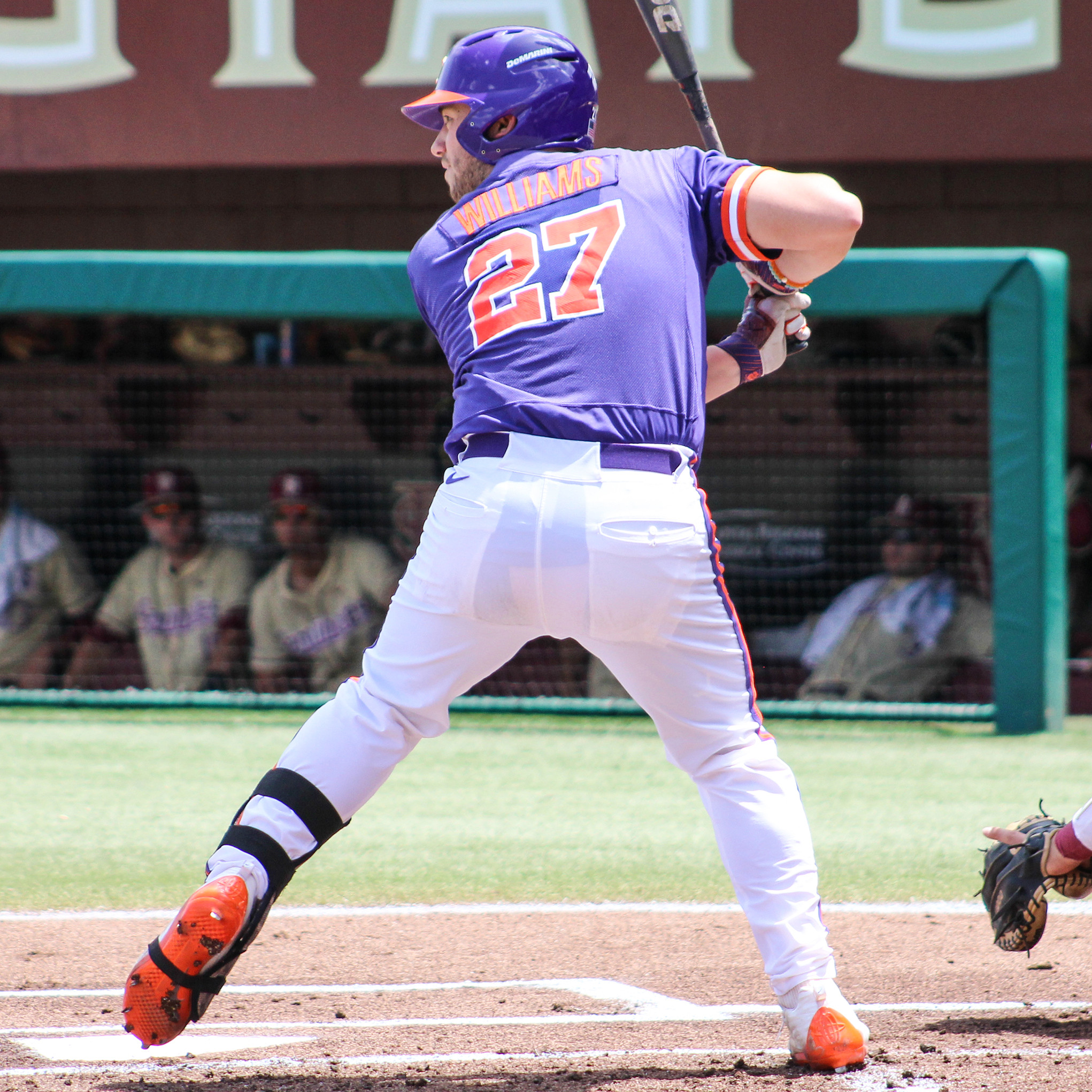 TALLAHASSEE, FLA. – The No. 25 Florida State Seminoles scored four runs in the first inning and three runs in the third inning on their way to a 7-3 win over No. 4 Clemson to even the series 1-1 at Dick Howser Stadium on Sunday afternoon.

Clemson (30-6, 14-3 ACC), who saw its seven-game winning streak come to an end, jumped out to a lead in the top of the first inning on Chris Williams’ run-scoring single that extended his hitting streak to 11 games, then home runs by Taylor Walls and Quincy Nieporte highlighted a four-run output in the bottom of the first inning for Florida State (22-15, 8-9 ACC).

Dylan Busby belted a three-run homer in the third inning to up the Seminoles’ lead to 7-1. Logan Davidson lined a run-scoring single in the fifth inning, then Seth Beer led off the sixth inning with his 11th homer of the year. Reed Rohlman extended his hitting streak to 13 games as well.

The series concludes Monday at 7 p.m., on ESPNU.