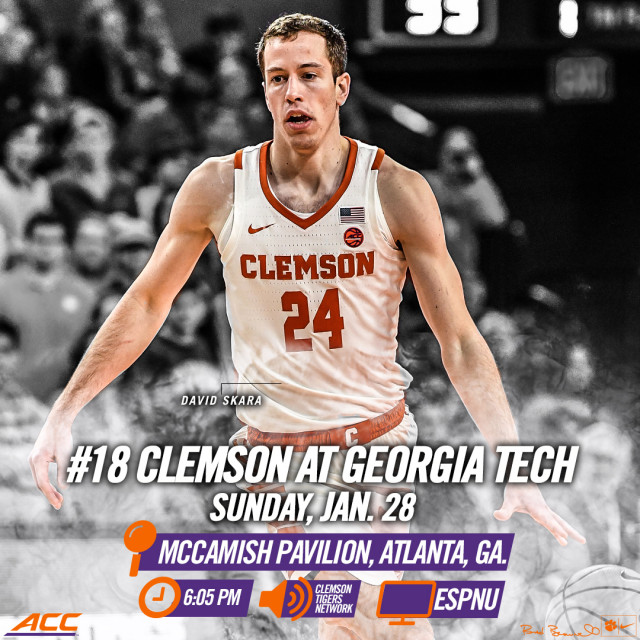 No. 18 MBB Travels to Georgia Tech

– Clemson carries a nice lead in the all-time series with Georgia Tech. As it stands, the Tigers hold a 69-63 edge.

– With Grantham’s injury, Aamir Simms has entered the starting lineup. His last start at Virginia was the first by a Tiger freshman since Grantham in 2014.

– Head coach Brad Brownell is 12-4 against Georgia Tech, including 4-3 in Atlanta.

– Marcquise Reed has now put together the longest free throw streak of the season for the Tigers. Reed has now connected on 14 in a row from the Miami game through the Virginia game. (Jan. 13-Jan. 23).

– Elijah Thomas is one of five players nationally to average at least 10.5 points, 7.5 rebounds, 2.5 blocks and shoot at least 60.0 percent from the field.