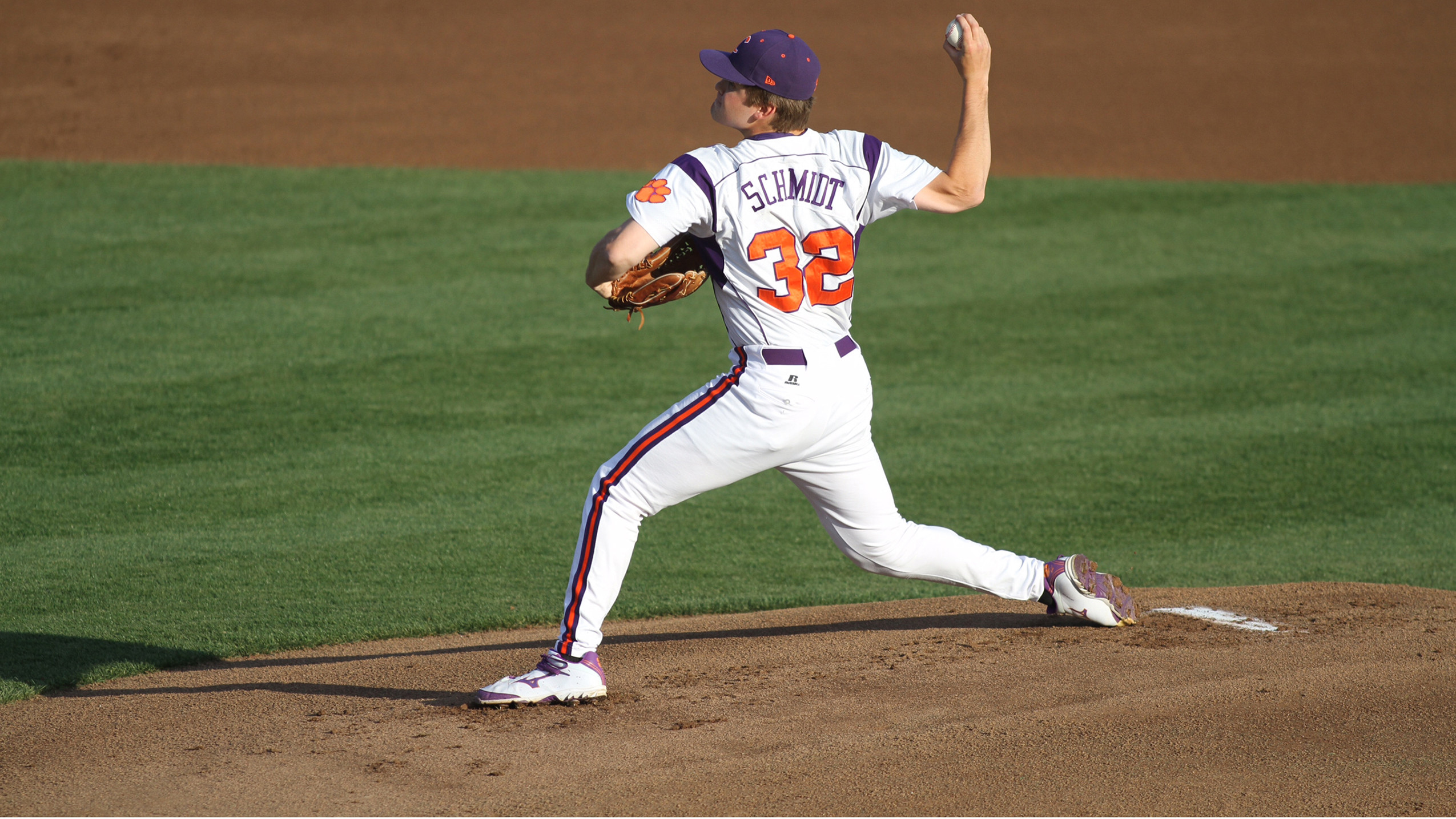 CLEMSON, S.C. – The No. 15 Clemson Tigers scored four runs in the fifth inning to defeat Winthrop 4-2 Wednesday night at Doug Kingsmore Stadium. The Tigers (19-9), who won their fifth game in a row, recorded the victory over the Eagles (14-17), led by former Clemson Assistant Coach Tom Riginos (2003-10).

Starter Clate Schmidt (4-4) earned the win by allowing just four hits, one run and one walk with four strikeouts in 5.1 innings pitched. Matt Campbell registered his sixth save of the year by pitching the ninth inning. Winthrop starter Zach Sightler (2-2) suffered the loss despite pitching 4.0 scoreless innings to start the game.

“We pitched well and did a very nice job tonight,” said Head Coach Jack Leggett. “I thought Clate went out there and did a real nice job. We played really good defense and I thought we hit the ball well tonight. We just didn’t have a lot to show for it.

“We are playing pretty good baseball right now and I like our lineup. We have some guys who are swinging the bat pretty well.”

The Tigers scored the game’s first runs in the fifth inning after Chris Okey led off by reaching on a costly Eagle error. Steve Wilkerson‘s double set up Shane Kennedy‘s sacrifice fly to open the scoring, then Tyler Krieger capped the inning with a two-out, two-run single.

Clemson has two days off before hosting NC State in a three-game series from Saturday to Monday. Saturday’s game at 1 p.m. will be televised by RSN.