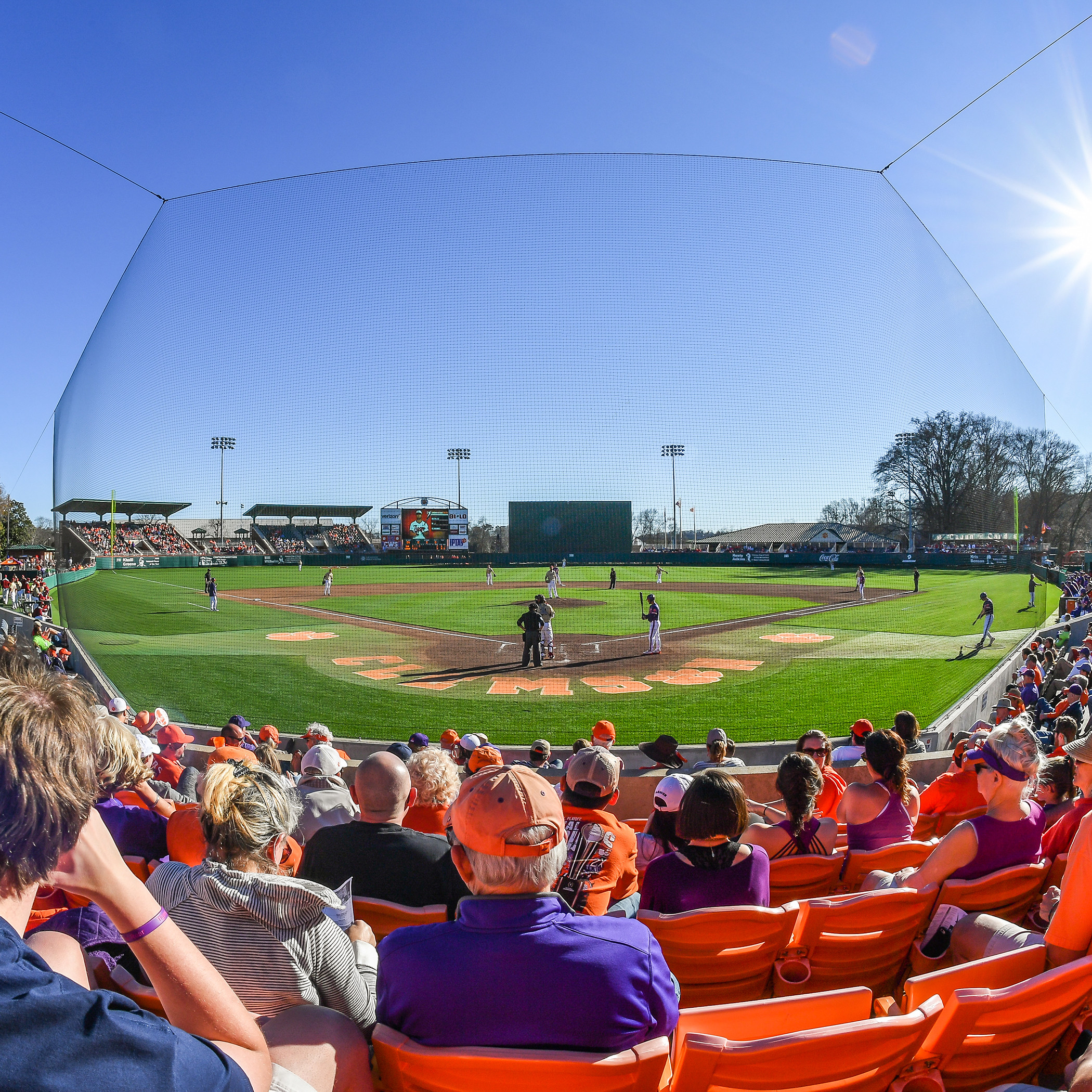 REEDY RIVER RIVALRY TAILGATE PARTY• The Reedy River Rivalry Tailgate Party, which opens Saturday at 11 a.m., is on Main Street at Fluor Field.• Food, drinks and interactive exhibits for fans of all ages can be found on Main Street all day on Saturday.• There will be live music from Cassidy Lynn and Two Story Road until 7 p.m., on Saturday.• The Clemson station features a drawing for a premium gift, schedule cards, posters, IPTAY information, interactive games and giveaways.

CLEMSON OVERVIEW• Clemson defeated Wofford 9-2 at Doug Kingsmore Stadium on Tuesday and has won five games in a row.• The Tigers are averaging 6.1 runs per game and hitting .302 with a .411 on-base percentage and six steals.• The pitching staff has a 2.96 ERA, .239 opponents’ batting average and 6.60 strikeout-to-walk ratio and Clemson is fielding .977.

SOUTH CAROLINA OVERVIEW• South Carolina is led by fifth-year head coach Chad Holbrook.• The Gamecocks downed Appalachian State 8-4 on Tuesday. They are hitting .280 and have a 2.56 ERA and .974 fielding percentage.• Matt Williams is hitting a team-high .381, while Jacob Olson is batting .333 with three homers and six RBIs.

QUICK HITS• Clemson has won each of the last two regular-season series against South Carolina with a 2-1 record.• Clemson is the designated visiting team and will occupy the third-base dugout for Saturday’s game at Fluor Field.• Tiger graduate righthander Tyler Jackson was a member of the 2013 South Carolina team before playing at USC Lancaster and USC Upstate.

K CLUB• Clemson is averaging 11.7 strikeouts per nine innings pitched this season thanks to 99 strikeouts in 76.0 innings pitched.• The school record for strikeouts per nine innings pitched is 9.69, set by the 1996 squad that featured Kris Benson and Billy Koch.• Tiger pitchers have totaled double-digit strikeouts in seven of the eight games in 2017.• Charlie Barnes, Ryley Gilliam and Brooks Crawford had a school-record 23 strikeouts in the 1-0 victory over Elon in 13 innings on Feb. 24.• The Tigers have allowed just 15 walks, good for a 6.60 strikeout-to-walk ratio. The school record in that category is 3.16, set in 1996.• Gilliam (14-0), Crawford (7-0), Barnes (17-1), Alex Eubanks (13-1) and Jacob Hennessy (14-2) all have outstanding strikeout-to-walk ratios.