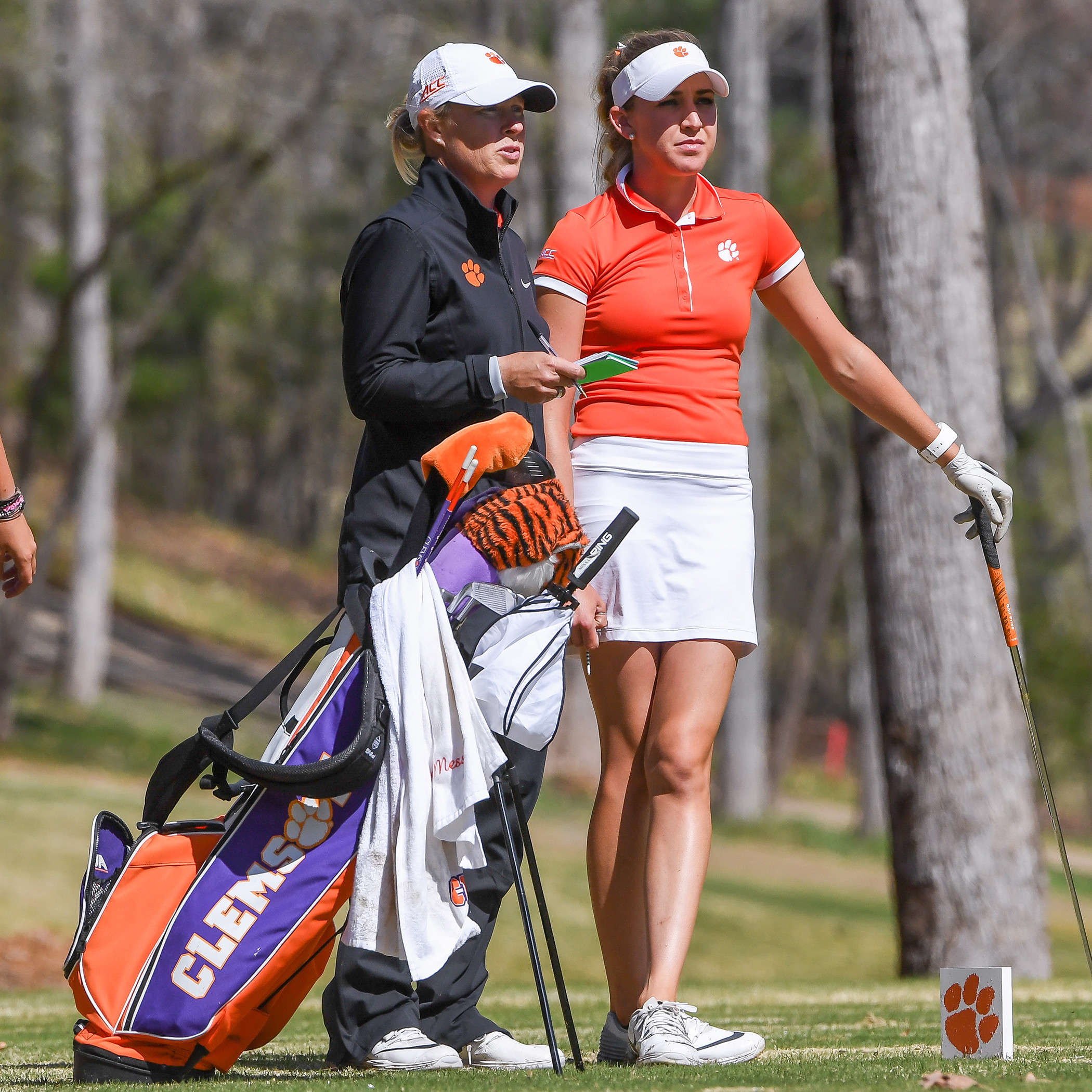 Clemson, S.C.—Clemson junior Marisa Messana and freshman Ana Paula Valdes were both named All-America Scholars by the Women’s Golf Coaches Association on Wednesday.   To qualify, student-athletes must have a cumulative 3.5 GPA.

For Messana it is the third time she has been named an All-America Scholar by the Women’s Golf Coaches Association.   She joins former Tiger Sloan Shanahan as the program’s only three-time selection.

In May, Messana was named the recipient of the Elite 90 Award at the NCAA National Tournament as the competitor with the top GPA in the field. Messana has a perfect 4.0 for her first three years in the classroom. On the course she had a 76.71 stroke average this past year.

Valdes was named as a freshman, the third freshman in the four-year history of the Clemson program to be named an All-America Scholar.   The native of Mexico was second on the team in stroke average this year with a 74.28 figure and had two top 10 finishes, including a program best eighth place at the NCAA Regional in Athens, Georgia when Clemson qualified for the NCAA national Tournament for the first time.   Clemson finished 20th at the NCAA national Tournament in Illinois.

Both women return to the program next year and will be two of the five returning starters for Kelley Hester’s second Clemson team.