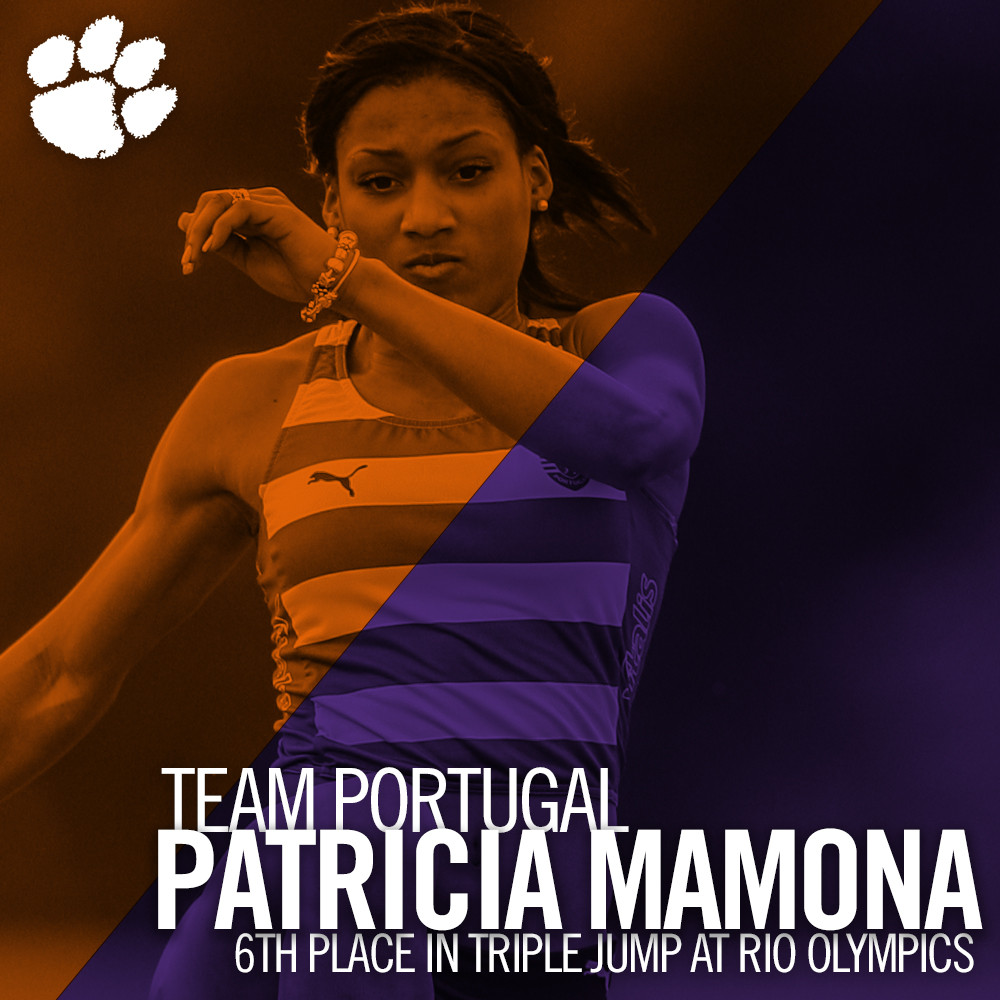 Mamona, a two-time NCAA champion in the event for the Tigers and 2011 Clemson graduate, put together an outstanding series of jumps. She did not have a foul in six attempts. A close competition throughout the evening, the 2016 European champion was just 10 centimeters shy of earning a bronze medal Sunday.

Clemson’s next action in the Rio Olympics will be Tuesday, when Joana Costa opens in the pole vault and Brianna Rollins competes in the 100 hurdles.