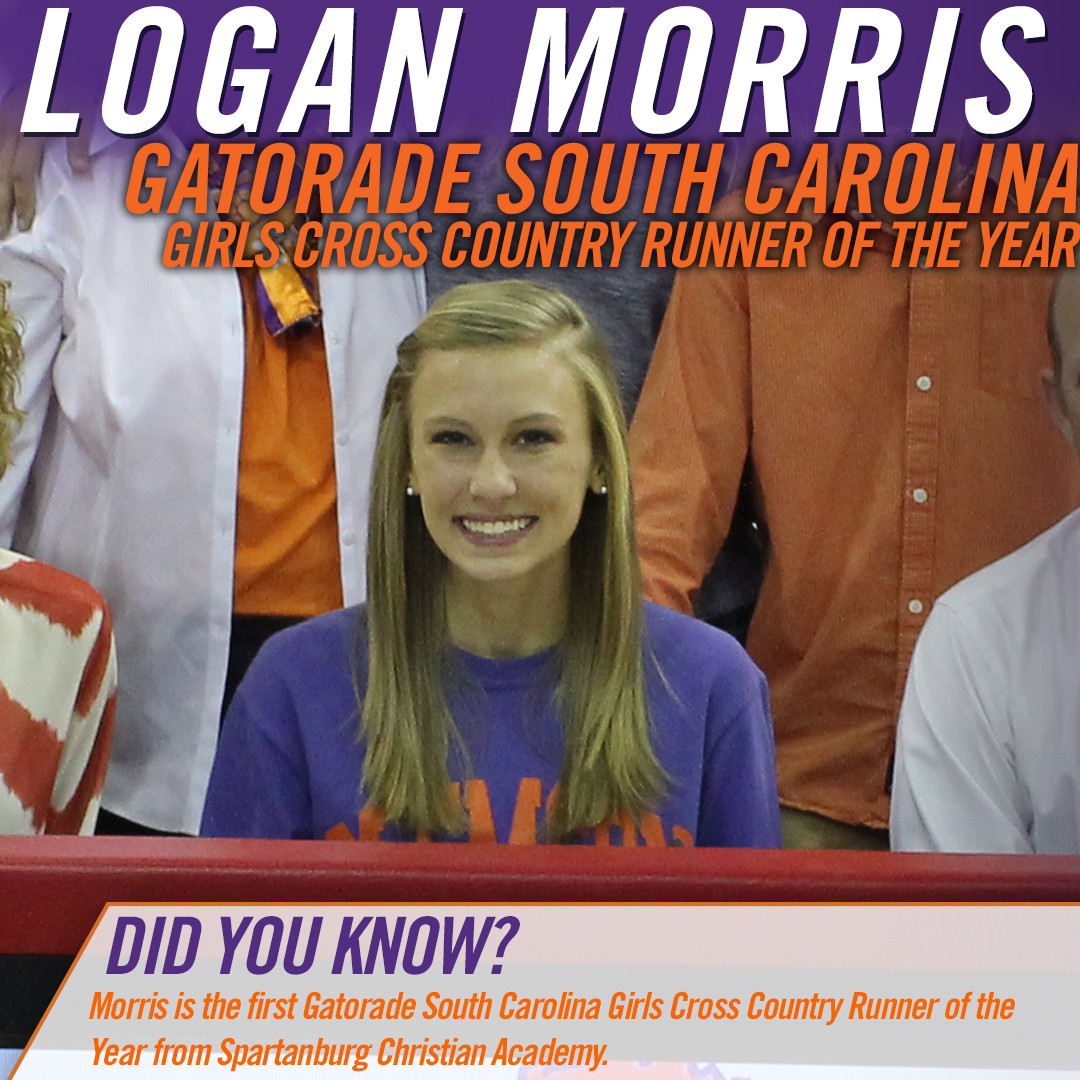 CLEMSON, S.C. – For the third time in her high school career, Logan Morris is the Gatorade South Carolina Girls Cross Country Runner of the Year. She is the first student-athlete from Spartanburg Christian Academy to garner the honor.

The annual award is granted to a high school student-athlete that not only demonstrates outstanding athletic excellence, but also high standards of academic achievement and exemplary character demonstrated on and off the racecourse. Morris is now a finalist for the prestigious Gatorade National Girls Cross Country Runner of the Year award to be announced in January.

The senior captured a state-record seventh consecutive South Carolina Independent Schools Association individual state championship with a time of 17:28.31 this past season, leading the Warriors to their 11th straight title.

She finished ninth at both the Foot Locker South Regional Championships (17:18) and the National Foot Locker Cross Country Championships (17:47.70). Unbeaten against in-state competition in 2015, her winning time at the state meet ranked as South Carolina’s fastest time among prep competitors this past fall.

Morris has also maintained a 5.02-weighted GPA and served as president of her school’s student council. A member of her school’s National Beta Club chapter, she has volunteered locally on behalf of her church, an animal shelter, the Special Olympics, Girls on the Run, Operation Christmas Child and the Miracle League Buddy Program for special needs youth and a vacation bible school. Morris has also donated her time as a camp counselor, a mathematics tutor and as a youth cheerleading instructor in addition to delivering meals to area senior citizens.