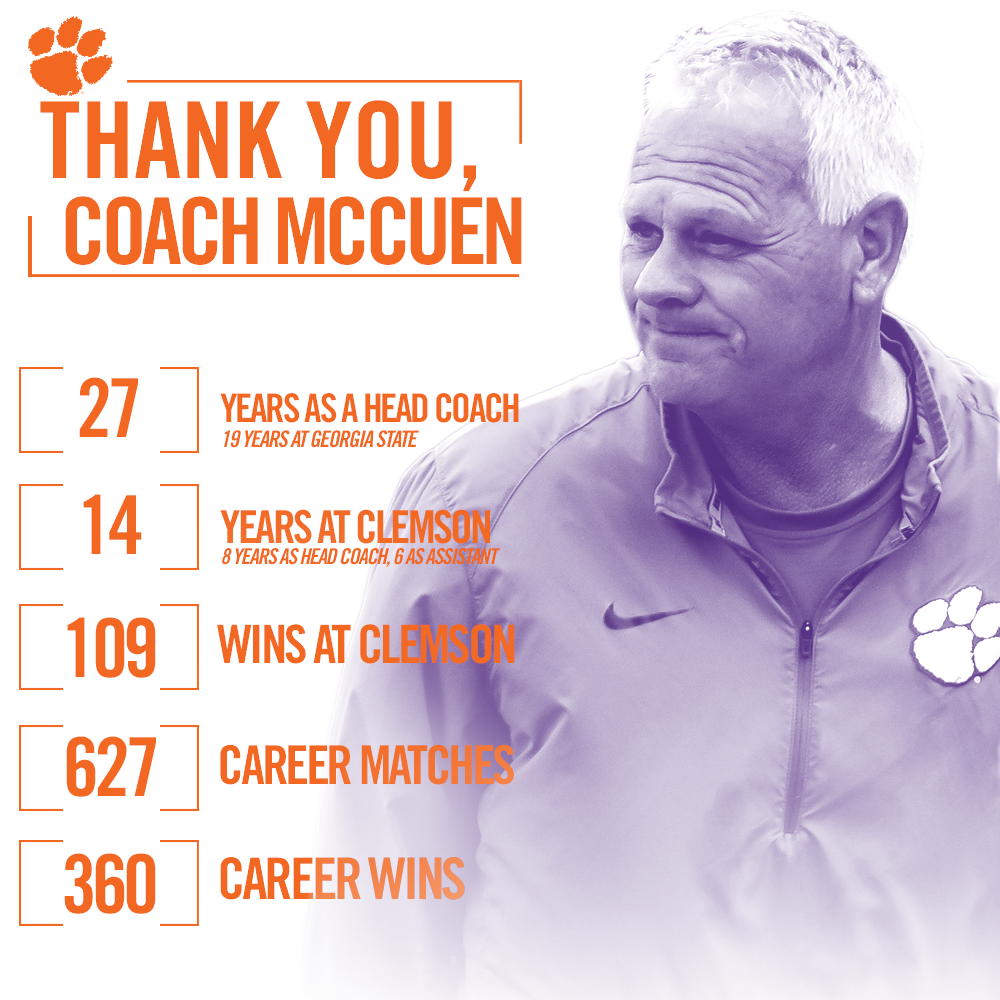 Letter to the #ClemsonFamily from Chuck McCuen

Last week, Chuck McCuen announced that he would take a step back from coaching and John Boetsch, an Assistant Coach and Associate Head Coach of the Tigers for the past eight seasons, was named the ninth head coach in Clemson men’s tennis program history. McCuen will remain involved with the program, moving into the new role of Director of Tennis Operations.

Clemson Athletics would like to thank McCuen and honor him for his 14 years (six as an assistant coach, eight as head coach) of tireless work and devotion to the Clemson men’s tennis program and to Clemson in general. McCuen amassed 109 career wins during his time as the Tigers’ head coach. In his 27 years as a head coach, including 19 seasons at Georgia State, he tallied 360 career victories.

McCuen is a Clemson man through-and-through (click HERE to read about his Clemson roots), and to that end, he wanted to say a few words to the Clemson Family that has meant so much to him over the years.

Today I am closing one chapter of my life and announcing my retirement from coaching the Clemson men’s tennis team, and transitioning into a new role of Director of Tennis Operations. In this role, I look forward to serving the tennis program and the Athletic Department as we continue to grow to new heights.

Since 2002, I have had the honor and privilege of being part of one of the greatest tennis programs in the country. There are far too many of you to thank, but I have been humbled by your advice, support and love!

To all the countless players who have enriched my life and taught me so much through my 33 years of coaching, continue to be the leaders you have become!

Lastly, as all of us know, Clemson is a special place where family and character are the fabric of who we are. I would like to thank all of Clemson Nation who have sacrificed so much to have afforded me my dream of wearing the Tiger Paw!