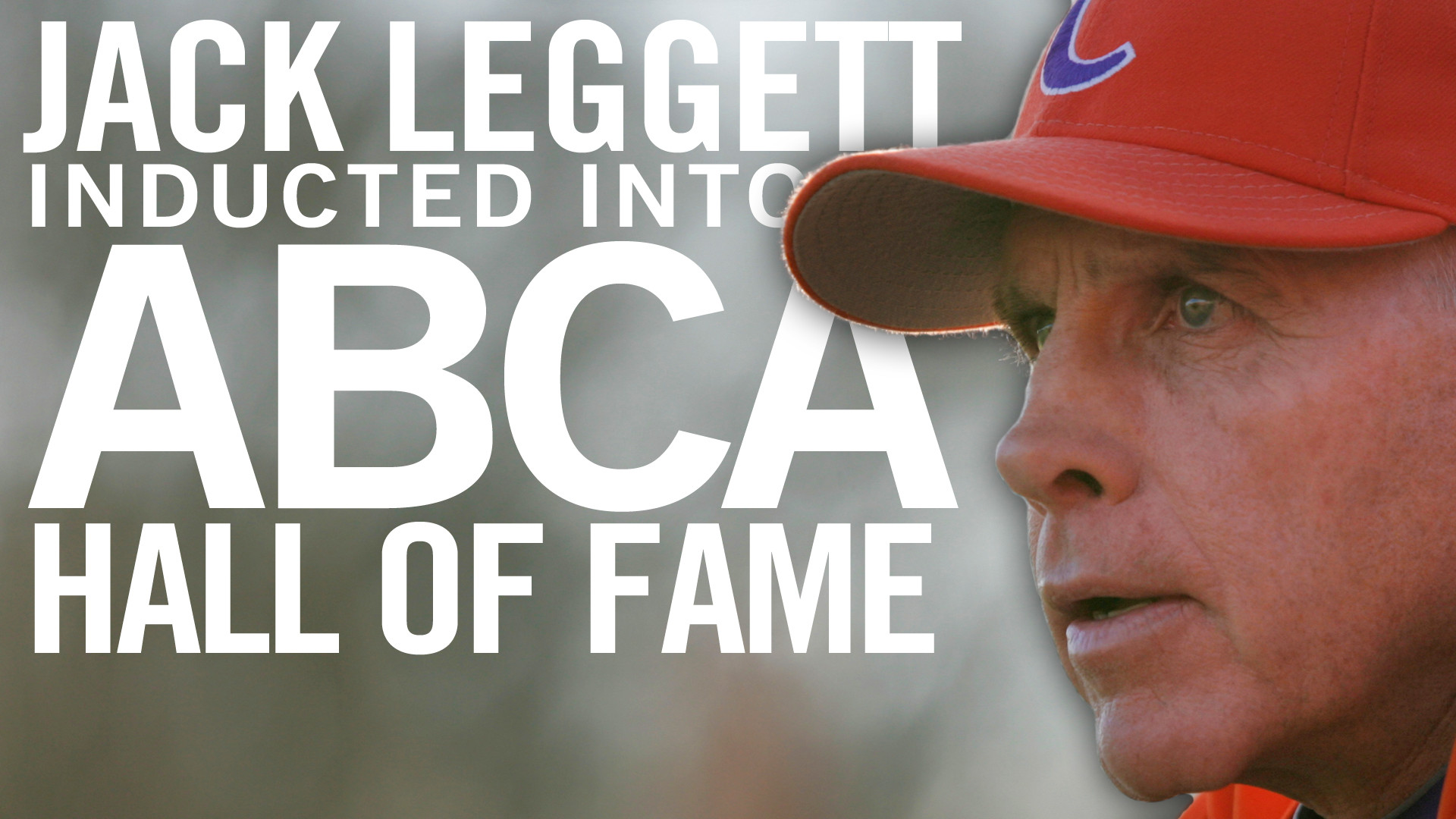 Leggett To Be Inducted Into ABCA Hall of Fame Friday

“It’s a great honor to be recognized in this way,” said Leggett.  “It’s a great compliment to all the players and coaches who I’ve worked with in the past.  It’s a culmination of a lot of hard work, both on and off the field.  I want to thank everyone who has been involved along the way.  I would like to accept this honor on behalf of The University of Vermont, Western Carolina University, and Clemson University.”

Leggett has 1,264 career wins in 34 seasons as a head coach.  The 1,264 victories are 11th-most in NCAA history among Division I coaches and fifth-most among active coaches.  He recorded his 1,000th career victory in Clemson’s 5-0 win at Maryland on March 25, 2007 to become just the 29th coach in Division I history to reach 1,000 career victories.  At the age of 53, he became the second-youngest coach to reach that mark.

As head coach of the Tiger baseball program for 20 seasons (1994-13), Leggett has directed Clemson to 887 wins, tied for sixth-most in the nation during that time span.  He has also taken the Tigers to the NCAA Tournament 19 times, made six College World Series appearances, and had a final top-10 ranking seven times.  Leggett, who has been named ACC Coach-of-the-Year three times, served two seasons (1992,93) at Clemson as an assistant coach under legendary Head Coach Bill Wilhelm (1958-93), whom he credits with much of his success.

Leggett has carried on that “passing of knowledge and success” during his tenure as a head coach.  Erik Bakich (Michigan), Tim Corbin (Vanderbilt), Bill Currier (Fairfield), Kevin O’Sullivan (Florida), and Tom Riginos (Winthrop) are current Division I head coaches who served as an assistant under Leggett, while many more former players have served or are currently serving as head/assistant coaches at the collegiate level.

Clemson has been ranked #1 in the nation for 20 weeks and has won 68 NCAA Tournament games under Leggett.  Thirty Tigers have earned All-America honors under his watch, while Leggett has coached 110 players who have either been drafted or signed a professional contract, including 11 first-round draft picks.  Eighteen of his former Tiger players have played in the Major Leagues as well.

Prior to Clemson, Leggett led Western Carolina to five NCAA Tournaments (1985-89), five SoCon titles, and a top-30 ranking during his nine seasons (1983-91) as head coach of the Catamounts.  They averaged 33 wins per season during his time in Cullowhee, NC, and his teams played in the conference title game in eight of the nine seasons.

The 1991 Catamounts posted a 36-26 record.  One of the 36 wins came in a 9-7 victory over Clemson on March 31, one of just 10 losses the #4 Tigers had that year.  Leggett was named ABCA Atlantic Region Coach-of-the-Year and SoCon Coach-of-the-Year in 1987.  In 1989, he was appointed to the NCAA Division I Baseball Committee and served on the committee through the 1995 season.

Before going to Western Carolina for the 1983 season, Leggett spent five seasons (1978-82) at Vermont, where he turned the program into a consistent winner.  He coached the Vermont club team in 1977, then he organized and coached the school’s first intercollegiate team in 1978.  At age 23, Leggett was the youngest coach in the country.  He had a winning season in his first year and had a 75-61 overall record at Vermont.

Leggett graduated with honors from Maine in 1976, where he was an all-star performer in both football and baseball.  He captained the 1976 Maine team that advanced to the College World Series, and he was a two-time All-Yankee Conference honoree in football as a defensive back and placekicker.

Leggett, 59, will begin his 21st season as head coach at Clemson on February 14 when the Tigers host Eastern Michigan at Doug Kingsmore Stadium.