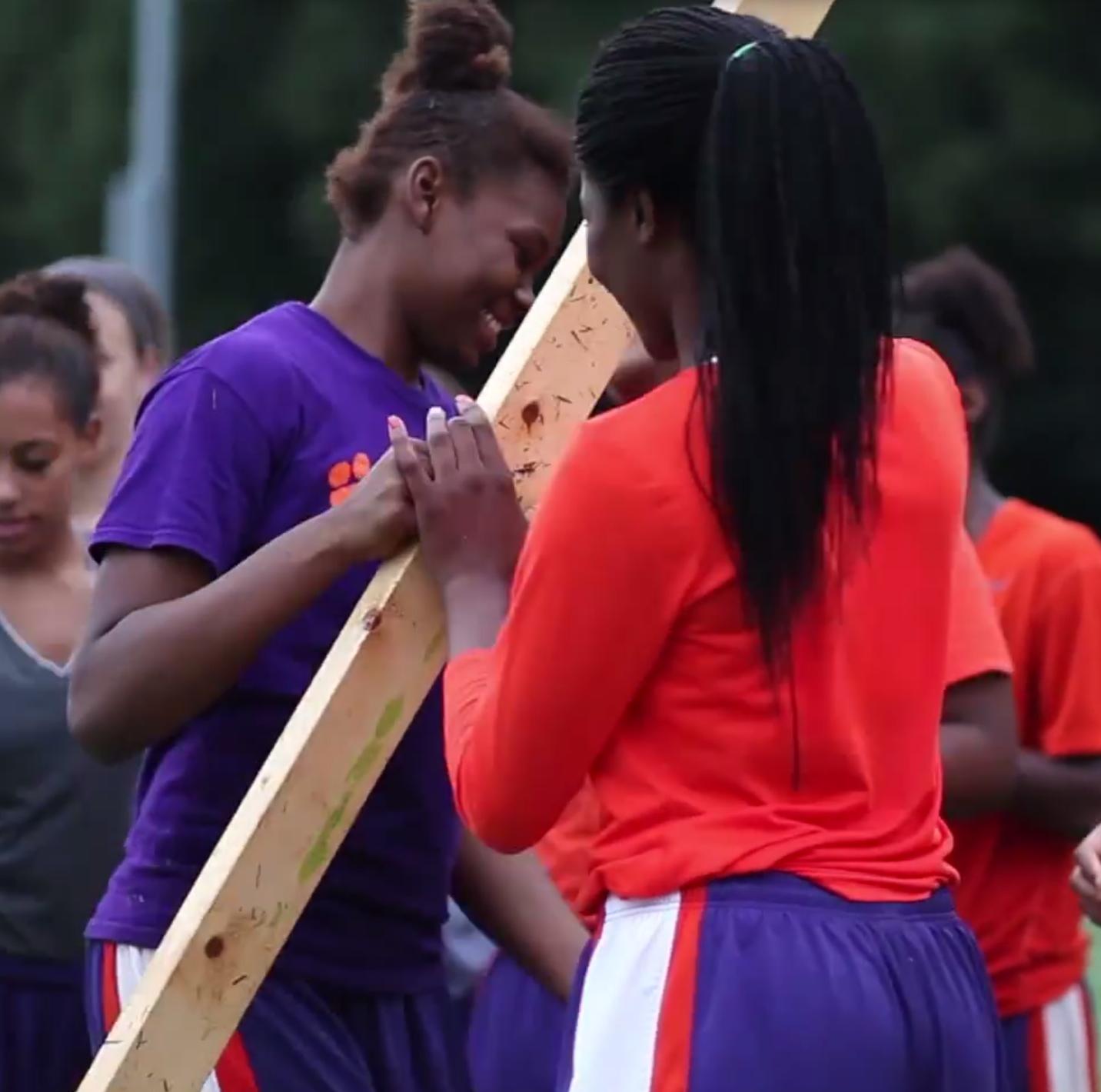 CLEMSON, S.C. – The fabric of Clemson University is comprised of a rich military heritage that serves as the foundation of the institution. The women’s basketball program is attempting to tap into that discipline with a series of ROTC-led conditioning workouts at 6 a.m. with Lieutenant Colonel Jimmy Mullinax, Commander of the Fightin’ Tiger Battalion.

“We were asked by Coach [Audra] Smith to come out and work on the mental and physical toughness of the Lady Tigers,” said Mullinax. “We’ve set up six sessions of about 30 minutes of physically demanding training. It incorporating Army training, so it’s a lot different that what these basketball players have probably seen. Then, we normally do a mental-type challenge to focus on their mental agility and see how well they can really think under pressure, and think about things in a different way.” With just three returning players from the previous season and seven newcomers currently on campus, it’s more important than ever to have the team to come together early.  “We try to teach them some of the Army techniques that life isn’t all fun and dry and easy and sometimes you have to work through that toughness of being wet and cold, and accomplish the mission you’ve been given,” said Mullinax. The early season work is intended to set the foundation for Smith’s second season, which will likely see as many as eight freshmen seeing significant playing time. The Lady Tigers wrap up work with the ROTC this week, but with a refreshed view on work ethic and toughness, Smith hopes that this exercise translates to the court.