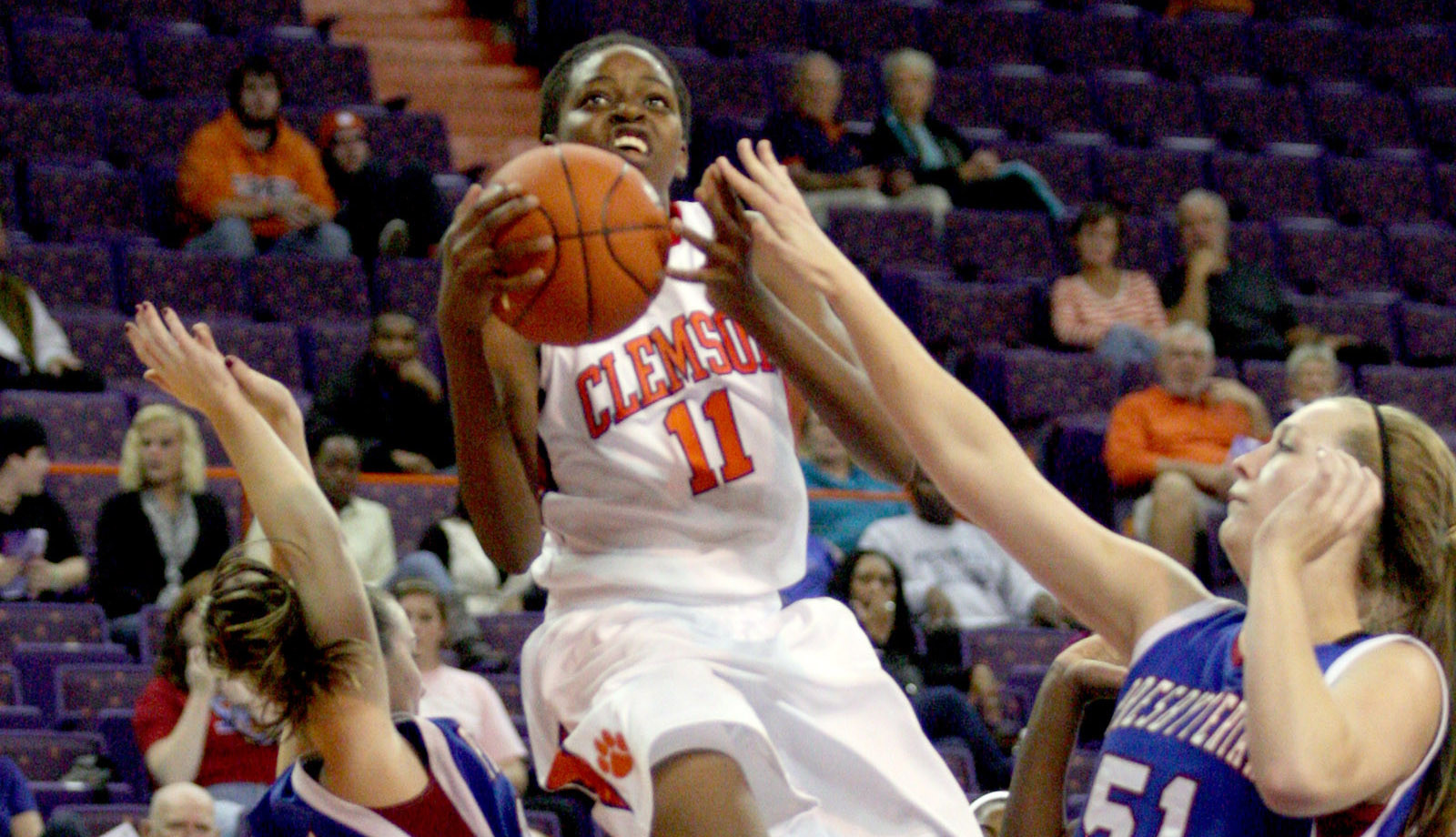 CLEMSON, SC – The Clemson women’s basketball team (0-1) will play host to the South Florida Bulls (1-0) on Tuesday at 7:00 pm in Littlejohn Coliseum. The meeting will be the first between the two schools in more than 20 seasons. The contest will be available on Tigercast at ClemsonTigers.com, as will live stats.

The two programs have not met since Dec. 21, 1991, when Clemson defeated the Bulls, 90-83, in Tampa. In that contest, Shandy Bryan tied the school record for field goal percentage, making all 12 of her attempts on the way to 29 points for the Tigers.

The Lady Tigers dropped their season-opener on Sunday afternoon when Presbyterian College nailed a three-pointer at the buzzer, thwarting Clemson’s late rally, to win 49-46.

The Bulls won their season-opener against Stetson, 70-48, on Saturday in Tampa, and will make their first visit to Littlejohn Coliseum.

Following the contest against South Florida, the Lady Tigers head away from home for four games. The Tigers will play at South Carolina in a televised contest on Nov. 18 before heading to Dallas, TX for a tournament at SMU. Finally, Clemson will play at Indiana in the ACC/Big Ten Challenge before finally returning for a home game on Dec. 2.