The pole vault is an intricate event that requires the full focus and development of one’s mind and body. As pole vaulters charge down the runway with the speed of a sprinter, they prepare to launch themselves into the air by combining strength and grace to clear a bar delicately balanced meters in the air.

The Tiger track & field program has a group of young pole vaulters who are working to develop their craft and rise among the ranks of the nation’s best.

Leading the charge on the women’s side is junior Jessica Brewer, a native of Fort Mill, S.C. and one of the team’s top returners in the event.

Brewer embarks on this season after a fruitful indoor campaign in 2020. This past year saw Brewer set a personal-best mark of 3.67 meters, the equivalent of 12 feet, one-half inch, in February at the USC Indoor Open. That mark was an improvement of nearly seven inches over her previous best. 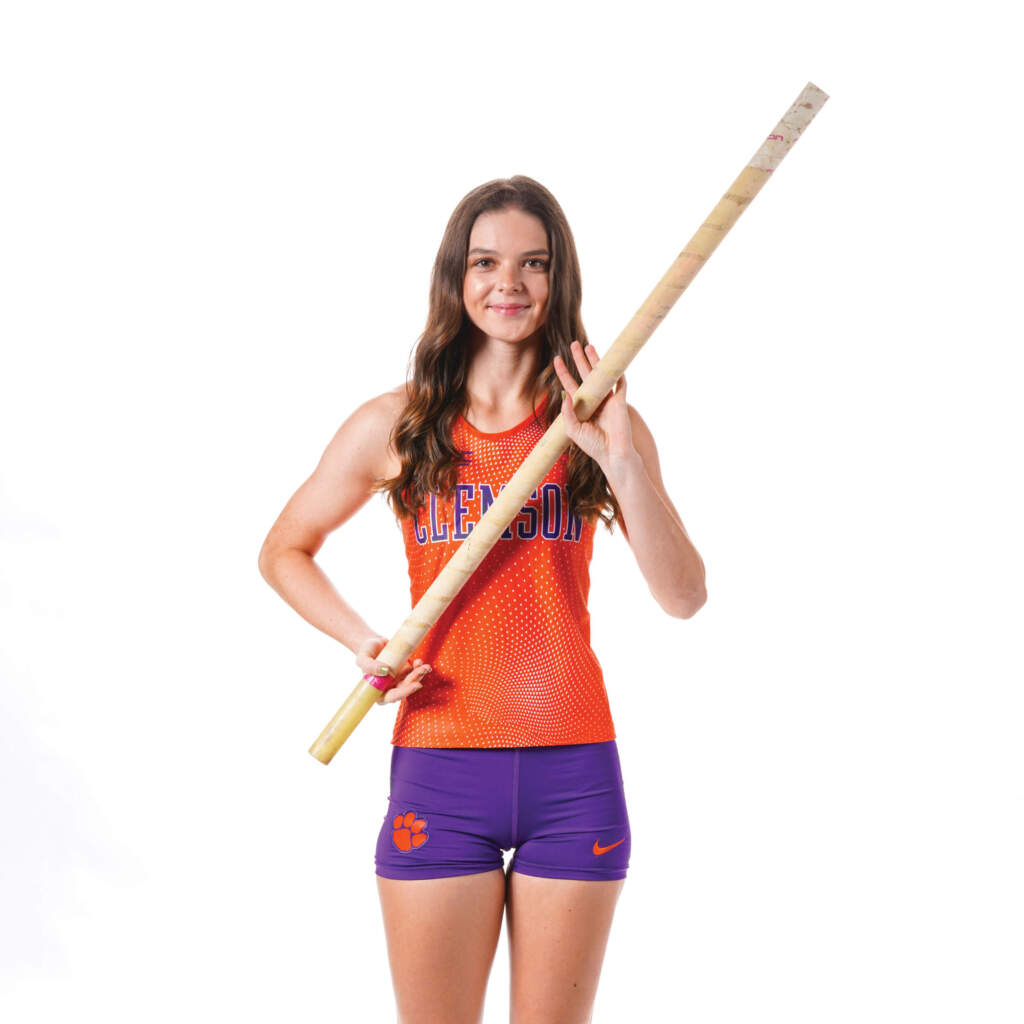 Brewer’s personal best at the USC Indoor Open was a direct result of her hard work coming together. The mark proved to be a moment of relief, because it showed she was on the right track while also qualifying her to compete in the following week’s ACC Indoor Championships.

When Brewer took to the runway against the ACC’s best pole vaulters in what was her first conference championship meet, it was a very impactful moment.

The future is bright for Brewer, as the junior has proven to be an excellent student-athlete during her first two seasons in Tigertown. She is halfway through her studies as a double major in computer science and criminal justice, while also minoring in cyber security. To make her academic rigor even more impressive is the perfect 4.0 GPA she has carried through her first four semesters enrolled at Clemson.

To maintain the balance between her development as a student and as an athlete, Brewer relies on a strong group of supportive friends and family. Brewer is joined by her twin sister, Anna, through her journey at Clemson. Anna is a member of the Tiger middle distance group within the track & field program.

“Being able to compete in high school and college with Anna has been a great experience. I have always known that there was going to be someone there for me and we can relate to what is going on. It’s great that we can share these memories together.”

Brewer has continuously raised the bar for herself in all areas of life. With a strong support system behind her and a bright future ahead, the sky is the limit for Brewer in Clemson.