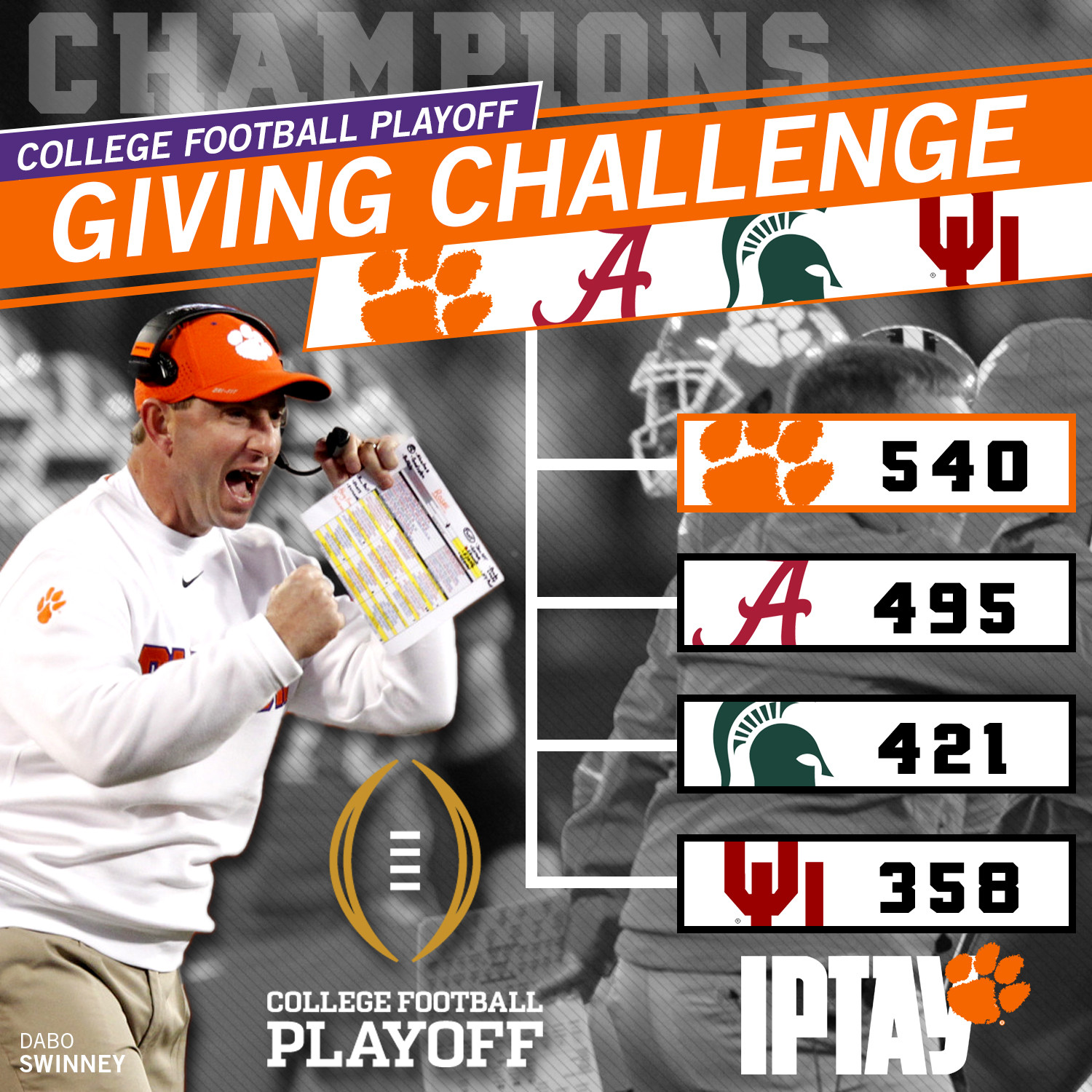 It is official! IPTAY and the Clemson Tigers have been announced the winners of the 2015 College Football Playoff Giving Challenge. IPTAY completed the four day challenge with a total of 540 gifts, besting the second place Crimson Tide Foundation (Alabama) by 45 total gifts to athletics. The Spartan Fund (Michigan State) finished third with 421 gifts followed by the Sooner Club (Oklahoma) in fourth with 358 gifts.

The 2015 College Football Playoff Giving Challenge was a four day competition between the schools participating in the College Football Playoff. It was a friendly competition, off the gridiron, in an effort to raise funds for each participant’s respective athletic department. The institution with the highest number of gifts made during the four day challenge was declared the winner in the New Year.

Travis Furbee, the Director of the IPTAY Annual Fund, had this to say at the conclusion of the challenge. “We are excited to be the winners of the 2015 College Football Playoff Giving Challenge! It is a testament to the nearly 15,000 IPTAY donors who support our Clemson student-athletes both on and off the fields of play. Their commitment to the Tigers is unwavering and allows Clemson Athletics to be one of the premier athletic programs in the country. I would like to thank each of the donors who participated as well as thank Alabama, Michigan State and Oklahoma for their efforts in making this opportunity possible.”

Your support is a difference maker, and there are several easy ways to make a donation to IPTAY and Clemson Athletics. You can do so by phone at 1-800-CLEMSON, click HERE to donate online or stop by the IPTAY office. The IPTAY office is open Monday-Friday 8:00am-4:30pm.

All gifts regardless of size make a difference and help in our mission of building top student-athletes both in the classroom and in athletic competition. Happy New Year and Go Tigers!