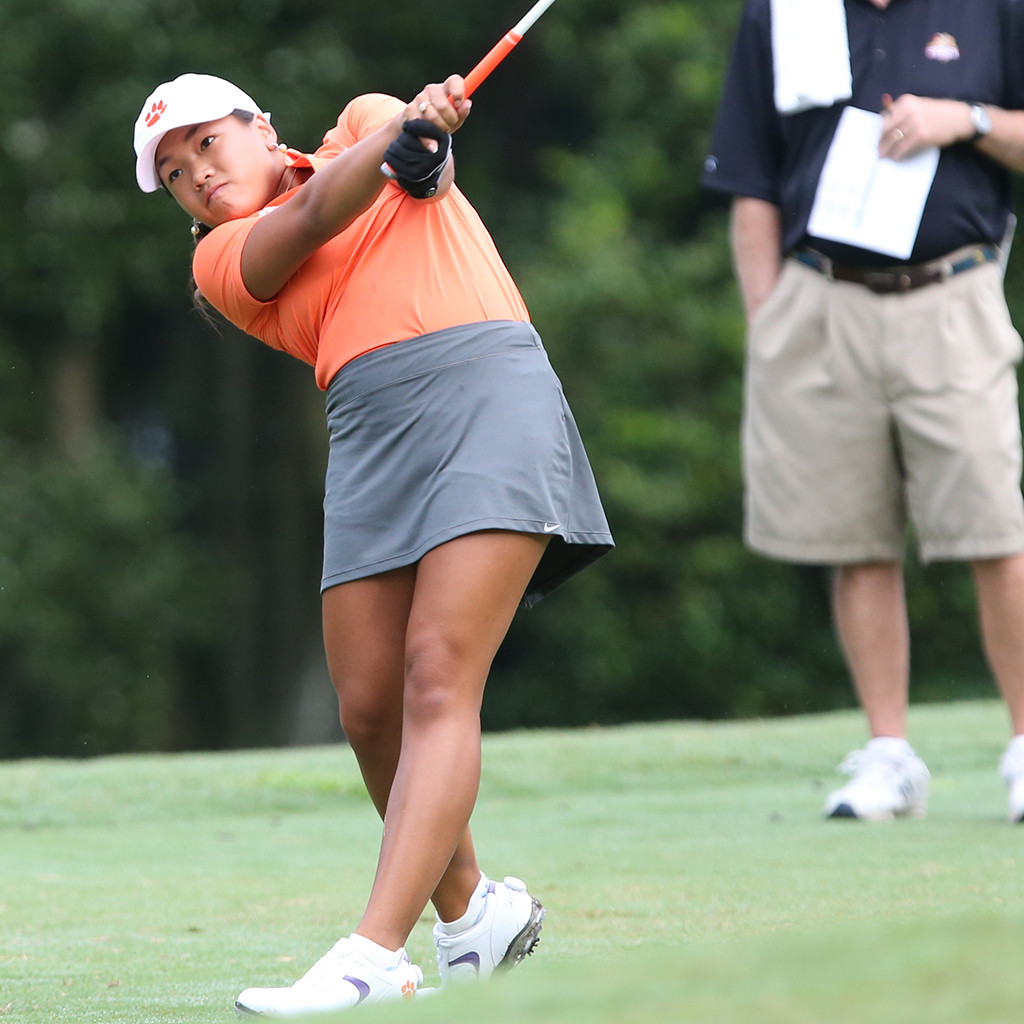 Clemson, S.C.—Sophomore Jessica Hoang tied the Clemson single round scoring record with a four-under par 68 to lead Clemson to a 291 team score on Monday at the Powerade Cougar Classic at Yeamans Hall Golf Club in Charleston. Clemson had an improvement of 18 shots over its first round score of 309 and moved from 23rd to 16th in the team standings. The 18-shot improvement was the best in the two-year history of the program. The Tigers stand at 24-over-par for the two days with a 36-hole team score of 600. Arkansas has the team lead at 567. Clemson’s three-over-par score of 291 tied for the eighth best team score of the day. Four of Clemson’s five players showed improvement on Monday over their opening round on Sunday.   Hoang’s round of 68 was her career best by five shots and tied the Clemson single round scoring record that had been set on three occasions last year by Ashlan Ramsey. Hoang actually made a bogey on her last hole, the par four 10th, or she would have had the record all by herself. The native of North Augusta, S.C. had six birdies and two bogeys on Monday after an opening round 77. Hoang’s 68 tied for the fourth best in the field of 120 golfers who competed on Monday on the par 72 course that is 6204 yards in length.She is tied for 26th place entering the final round. Freshman Marisa Messana was Clemson’s second best player on Monday as she turned in a fine one-over-par 73.  She made birdies on her last two holes of the day. Messana stands in a tie for 50th with a 149 score for the two days. Lauren Salazar, who entered the tournament as Clemson’s number-one player, had her second straight round of 74. The native of California is Clemson’s second best golfer for the tournament and stands in 42nd place entering Tuesday’s final round. Rlley Lovorn had a 76 on Monday, six shots better than her opening round, while Sloan Shanahan had a 77,10 shots better than her first round. That is the best one round improvement by a Clemson women’s golfer in the short history of the program.