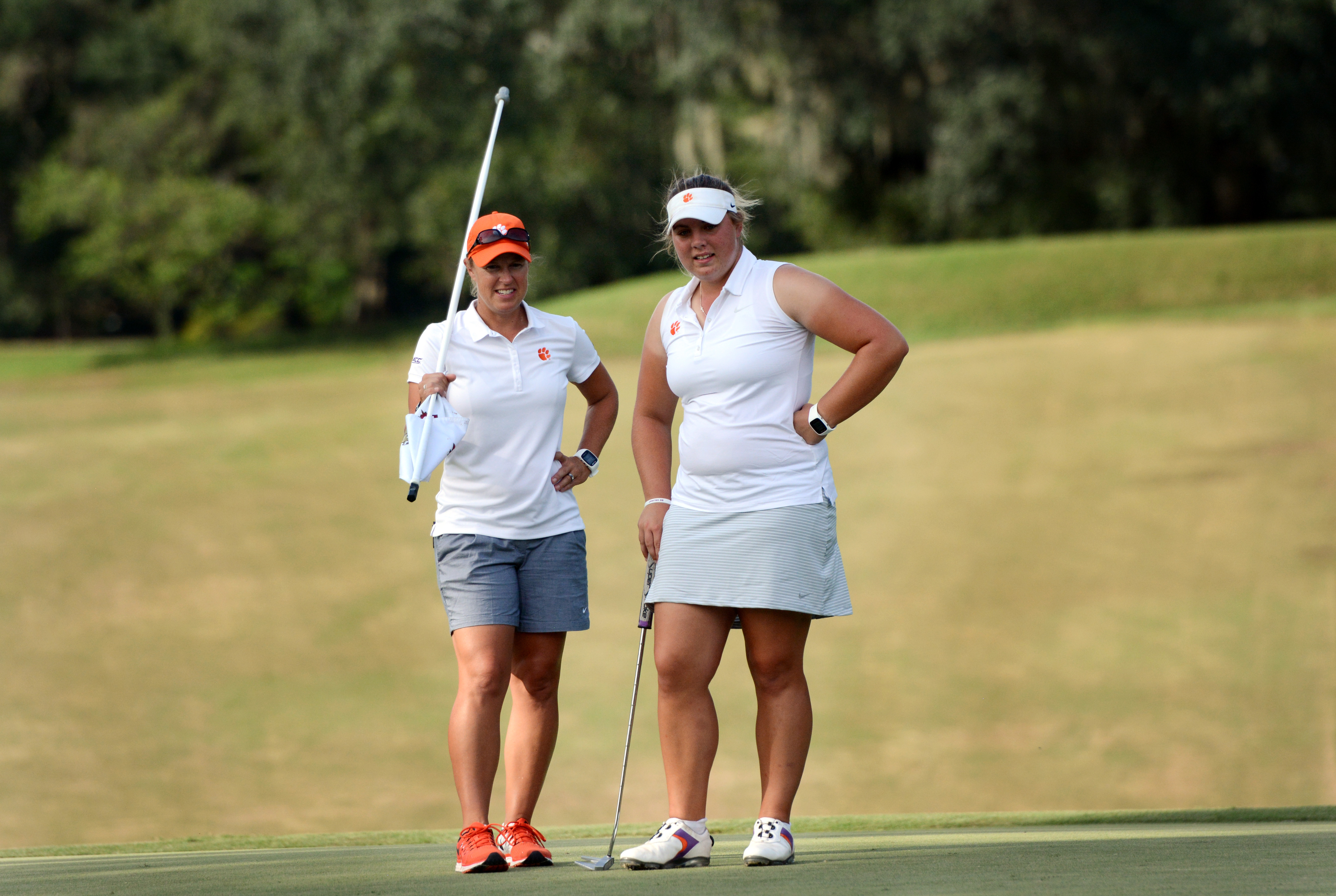 Clemson, S.C.—Clemson junior golfer Alice Hewson is ranked 36th nationally by Golfweek/Sagarin and 37th by Golfstat in the final fall rankings.   The two-time All-ACC golfer has a 71.09 stroke average, best by a Clemson women’s golfer in the fall competition in the history of the program, and 27th best in the nation this season.

Hewson, who was a third-team All-American as a sophomore when she led Clemson to a No. 20 finish at the NCAA Tournament, ranks 10th in the nation in par four scoring at 3.95 and is 28th in birdies with 46.

Clemson has a pair of top 70 players in both ranking services. In addition to Hewson, sophomore Ana Paula Valdes is 61st according to Golfstat and 63rd by Golfweek.

The Clemson team is ranked 36th overall by Golfweek and Golfstat, but has played the ninth most difficult schedule in the fall according to Golfweek.