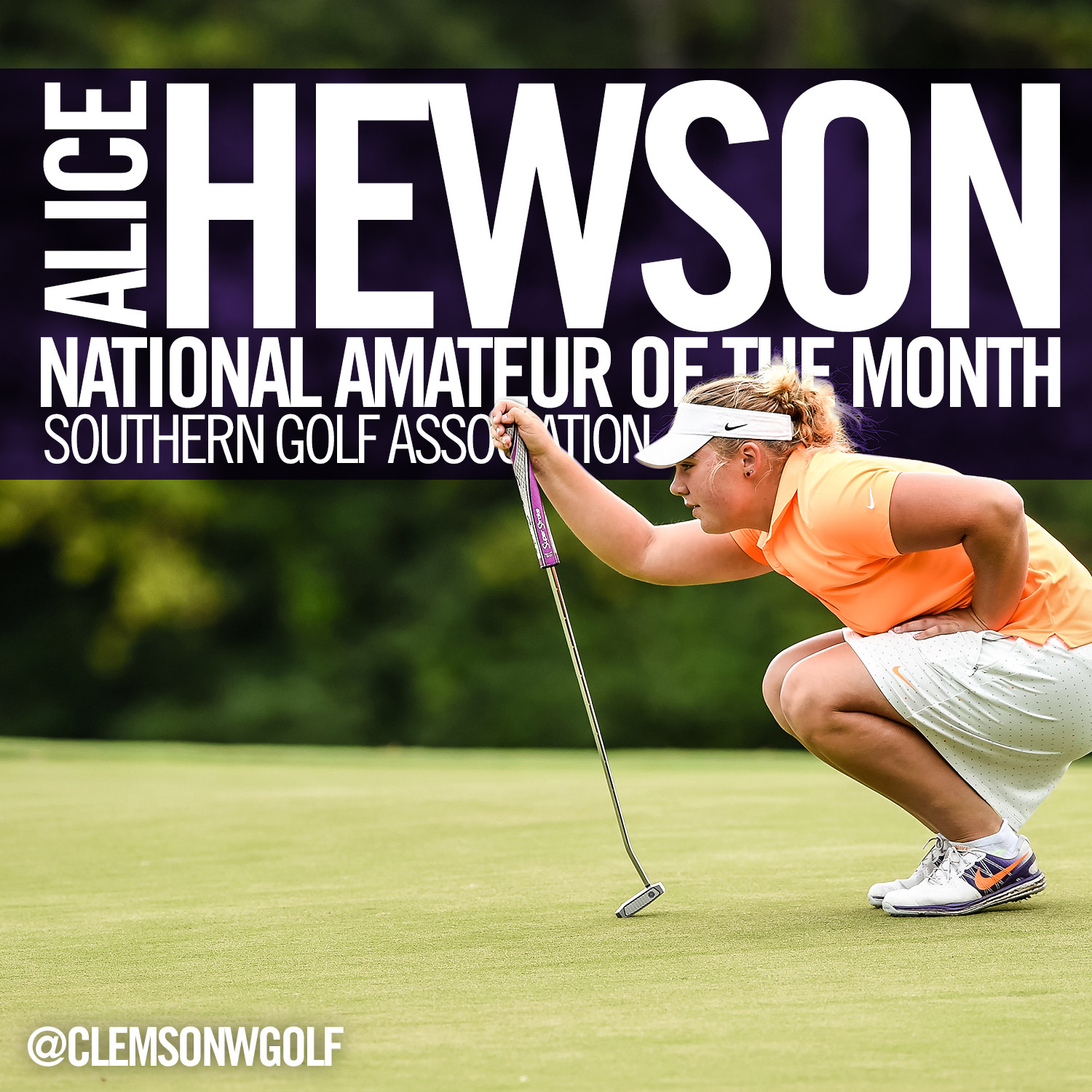 BIRMINGHAM, AL —  Clemson freshman Alice Hewson and 71-year-old Dave Houghton have been named co-winners of the Southern Golf Association’s National Amateur of the Month Award for September. It was the second time in the award’s 13-year history that the selection panel deadlocked and chose to extend the honor to both golfers.

Hewson, a freshman from the UK at Clemson, won both of her first two college tournaments. She tied for first in the Powerade Cougar Classic at South Carolina’s Yeamans Hall, posting a 6-under 210 total. The next week, she won the Lady Paladin Invitational at Furman University outright by two shots with a 3-under 213 total, including a tournament-best 67 in the opening round. The dual feat also won her the Atlantic Coach Conference player of the month honors.

Houghton, became the all-time oldest winner of the prestigious New England Senior Amateur Championship. Houghton, who put in 25 years with the U.S. Navy before making a brief, unspectacular stint as a pro, regained his amateur status and became one of the most notable amateur golfers in the Northeast. He capped his historic victory with a 3-under 69 at Oyster Harbor Club in Osterville, Mass.

Other winners so far this year were Scottie Scheffler, Beau Hossler, Emma Talley, Bryson DeChambeau (twice) and Jordan Niebrugge. The SGA award, open to males and females in all age groups, runs March-through-October and is one of the many ways the SGA supports and enhances amateur golf.