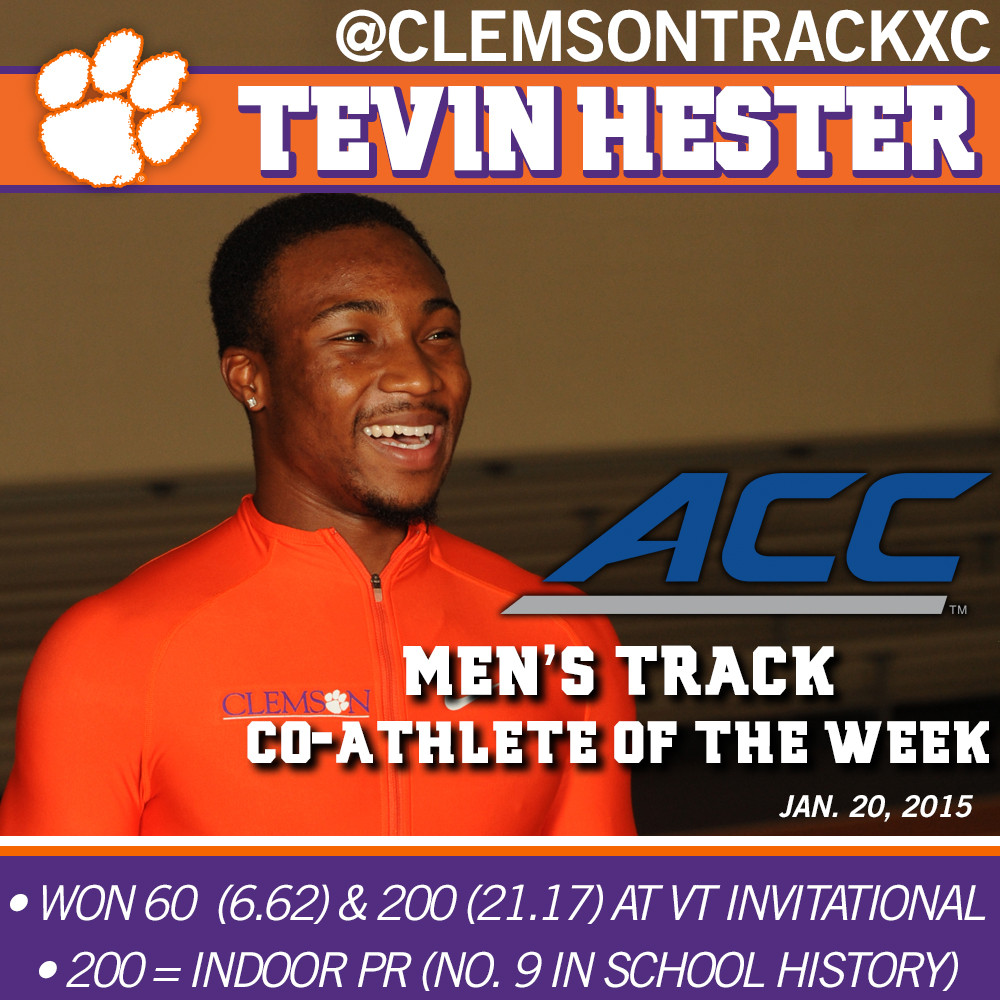 CLEMSON, S.C. — Tevin Hester has been named the Atlantic Coast Conference Men’s Track Co-Athlete of the Week, the league office announced Tuesday. This is the second straight week Hester has been honored by the ACC.

Hester won both short sprints he entered at the Virginia Tech Invitational, first claiming the 60 dash Friday with a season-best time of 6.62. His time ranks fourth in the nation. He then won the 200 on Saturday with a time of 21.17, an indoor personal best and the ninth-best time in school history.

The Oxford, N.C., native returns to the track this weekend to compete with the Tigers at home on Friday and Saturday in the Bob Pollock Classic.