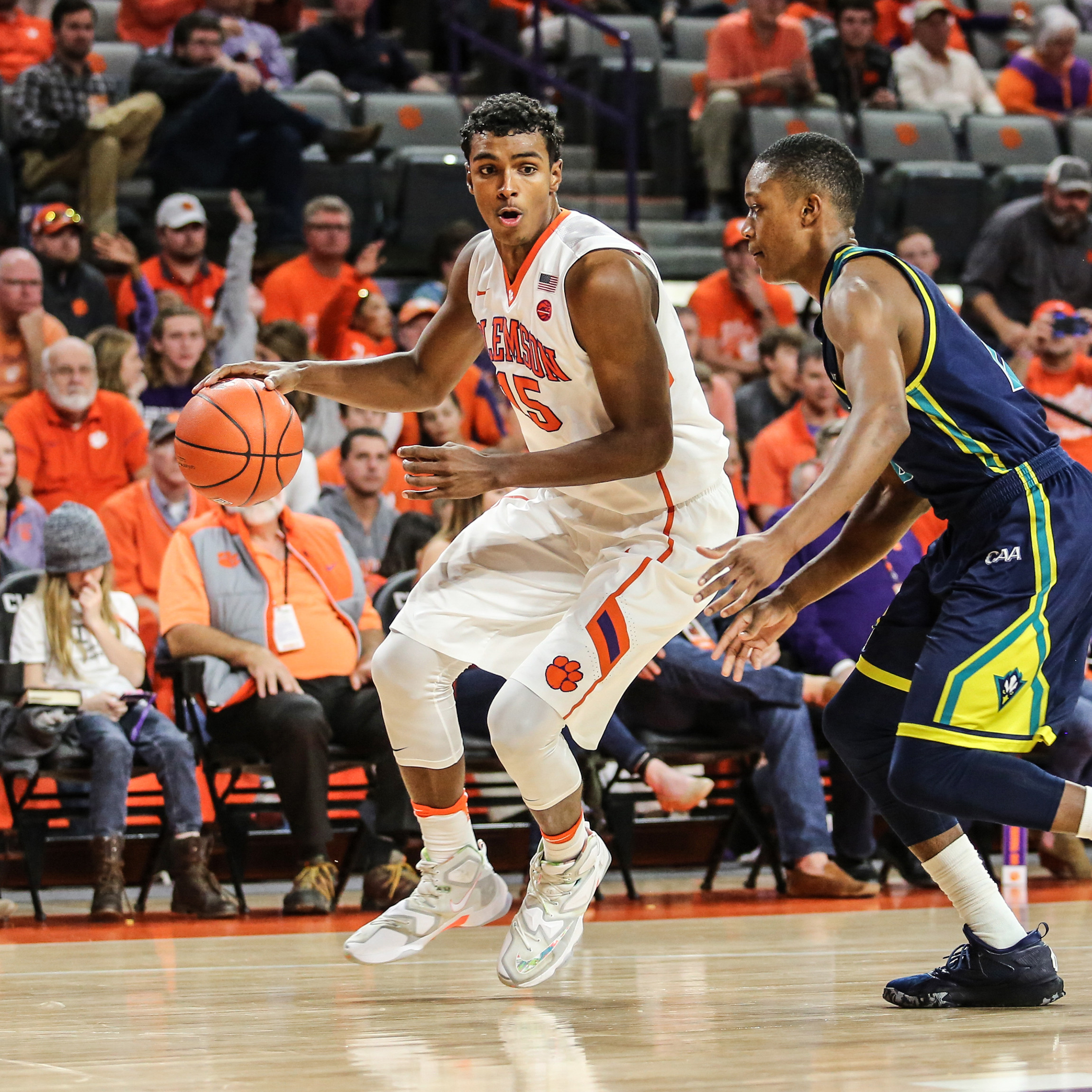 MADRID — Donte Grantham scored 25 points in 25 minutes and Clemson put together a 19-3 run in the second quarter as the Tigers overwhelmed Eurocolegio Casvi 108-65 Thursday night.

It was the first game of a four-game exhibition tour of Spain for the Tigers.

“I loved the way we shared the ball and made the extra pass,” said Clemson head coach Brad Brownell. “Donte and Gabe (DeVoe) really got us started with great energy.”  DeVoe had nine assists and just one turnover and added nine points and six rebounds. The Clemson team had 25 assists and just 14 turnovers.

Grantham made four treys in the first quarter to lead the Tigers to a 20-14 lead after 10 minutes. The native of West Virginia finished the game with seven treys in 10 attempts, added four assists without a turnover and had three blocked shots.

The Tigers broke the game open in the second quarter. A three-pointer and dunk by Grantham, a dunk by DeVoe, and a putback by freshman Clyde Trapp capped the 19-3 run to give the Tigers a 50-27 lead with 1:49 left in the quarter.

Freshman Aamir Simms scored nine of his 21 points in the second quarter. He scored his 21 points in just 18 minutes off the bench.. Clemson’s freshman combined for 44 points on 17-32 shooting.   Rookie Malik William had 12 points on 5-6 shooting and had nine rebounds in just 13 minutes, while Trapp finished with nine points in 15 minutes.

Clemson had five players in double figures and three more had nine. Returning guard Marcquise Reed had 10 points, while Elijah Thomas recorded a double-double with 10 points and 12 rebounds in just 17 minutes.

The Tigers spent the morning before the game touring the ancient city of Toledo, approximately 30 miles from Madrid.

On Friday, the Tigers will visit The Prado, considered one of the greatest art museums in the world.

Clemson’s second on game on the tour of Spain will be Saturday against Club Deportivo Baloncesto CP La Road at Albacete, Spain.