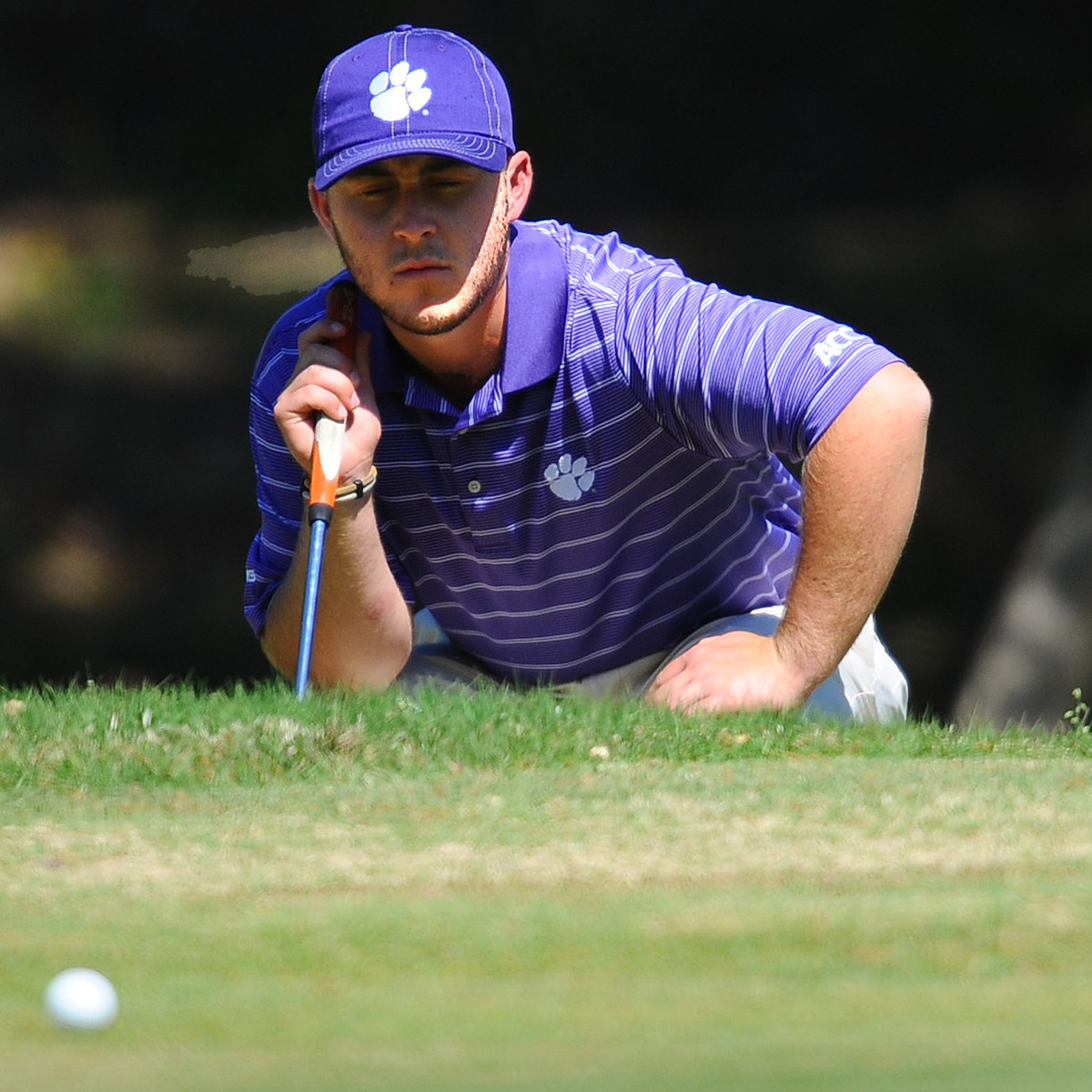 Greenville, S.C.—Austin Langdale and Stephen Behr finished in the top 10 and Carson Young and Josh Fickes finished in the top 20 of the 84th South Carolina Amateur Golf tournament.  The 72-hole event was completed on Sunday afternoon in near 90-degree heat at the Chanticleer Course at Greenville Country Club.

Langdale was Clemson’s top finisher for the 72 holes with a score of one-under-par 287.  He was one of just 11 players to shoot under par on Sunday as the pins were in difficult positions.  The rising junior had rounds of 73-70-73-71.   He had 15 birdies for the tournament including holes 14, 15 and 16 on Sunday as he finished strong to move into sixth place in the final standings.

Behr, one of the most consistent players on Clemson’s 2015 NCAA National tournament team, had rounds of 73-73-68-74 to finish with an even-par 288 total for the four rounds, good enough for a tie for eighth place.  Behr had 14 birdies and an eagle over his 72 holes.

Young finished just a shot out of the top 10 with a 290 total for the four days, two over par.  The rising junior from  Pendleton, S.C., had rounds of 75-68-70-77.  He went 70 holes without a double bogey, then made one his 71st hole, the par five 17th on Sunday when he hit his third shot a little long and it jumped into the water.  Still, like Langdale, he made 15 birdies over the course of the weekend.

Coleman Self and Bryson Nimmer, who will both be freshmen on the Clemson team this year, also made the cut.  Self had a 299 score for the four rounds, good enough for 28th place, while Nimmer, a second generation Tiger golfer, finished with a 306 total and 52nd place.

Senior Blake Kennedy had the best round of any Clemson golfer on Saturday with his five-under-par 67.  He finished with a 300 total for the four days, 32nd place at 12 over par.

This was the last summer amateur event for all but two of the Clemson men’s golfers.  Young and rising senior Miller Capps will play in the United States Amateur that begins August 17 at Olympia Fields, Ill.