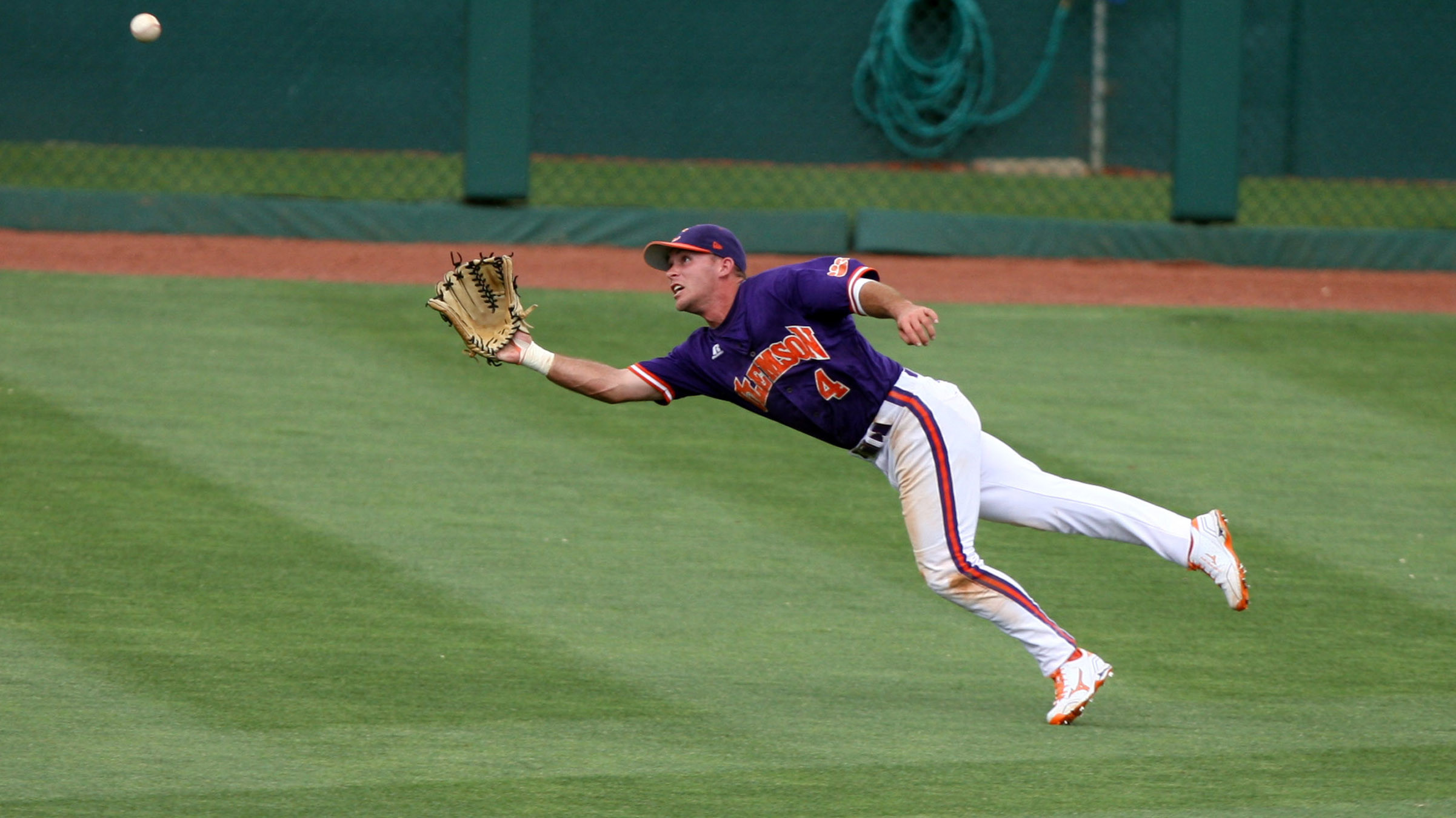 Righthanders Trey Lambert and Ashton Perritt combined to allow only one of 13 baserunners to score in Liberty’s 3-1 win over #17 Clemson in the Columbia Regional in front of 5,464 fans at Carolina Stadium on Sunday afternoon.  The Flames, who upped their regional record to 2-1, improved to 36-28 on the season.  The Tigers, who were 1-2 in the regional, ended their season with a 40-22 record.

The Tigers took a 1-0 lead in the top of the fourth inning, but squandered an opportunity to add to their lead later in the frame.  The Flames responded with two runs in the bottom of the fourth inning to take the lead for good and held on for the two-run victory.

Lambert (8-3) earned the win by tossing 7.2 strong innings.  He yielded seven hits, one run, and two walks with one strikeout.  Perritt pitched 1.1 scoreless innings to record his 10th save of the year.  The two Flame pitchers combined to allow six Tiger leadoff batters to reach base, but held Clemson to 1-for-14 with runners in scoring position and stranded nine runners on base, including eight in scoring position.

The Tigers put the first run on the scoreboard in the top of the fourth inning.  Steven Duggar led off with a double to right-center and scored on Garrett Boulware‘s single up the middle.  After Boulware moved to second on a wild pitch, Shane Kennedy reached on an error and advanced to second base on the play as Boulware moved to third with no outs.  But lineouts to second by Tyler Krieger and Joe Costigan, with the latter being an inning-ending double play, kept the Flames within one run.

Ryan Cordell and Trey Wimmer led off the bottom of the fourth inning with singles, then Danny Grauer was hit-by-pitch to load the bases with no outs.  Bryan Aanderud followed with a single to left-center to score Cordell and Wimmer as Grauer was retired at third base.  Justin Sizemore laced a single through the left side, then Alex Close walked to load the bases.  Dalton Britt lofted a flyball to left field that was caught by Tyler Slaton, who threw home to retire Aanderud for the inning-ending double play.

Perritt hit a one-out single through the left side in the fifth inning and Cordell walked.  After both runners moved up on a double steal, Wimmer hit a sacrifice fly to center to score Perritt.

Duggar and Boulware grounded two-out singles through the right side in the eighth inning, then both runners moved up on a wild pitch.  However, Kennedy struck out looking to end the frame.

Aanderud went 4-for-4 with two RBIs to set a season high for hits.  Wimmer had the other RBI for the Flames, who totaled eight hits in the contest.

Boulware went 3-for-4 with a double and an RBI to lead the Tigers, who had eight hits in the game.  Duggar added two hits and a run as well.