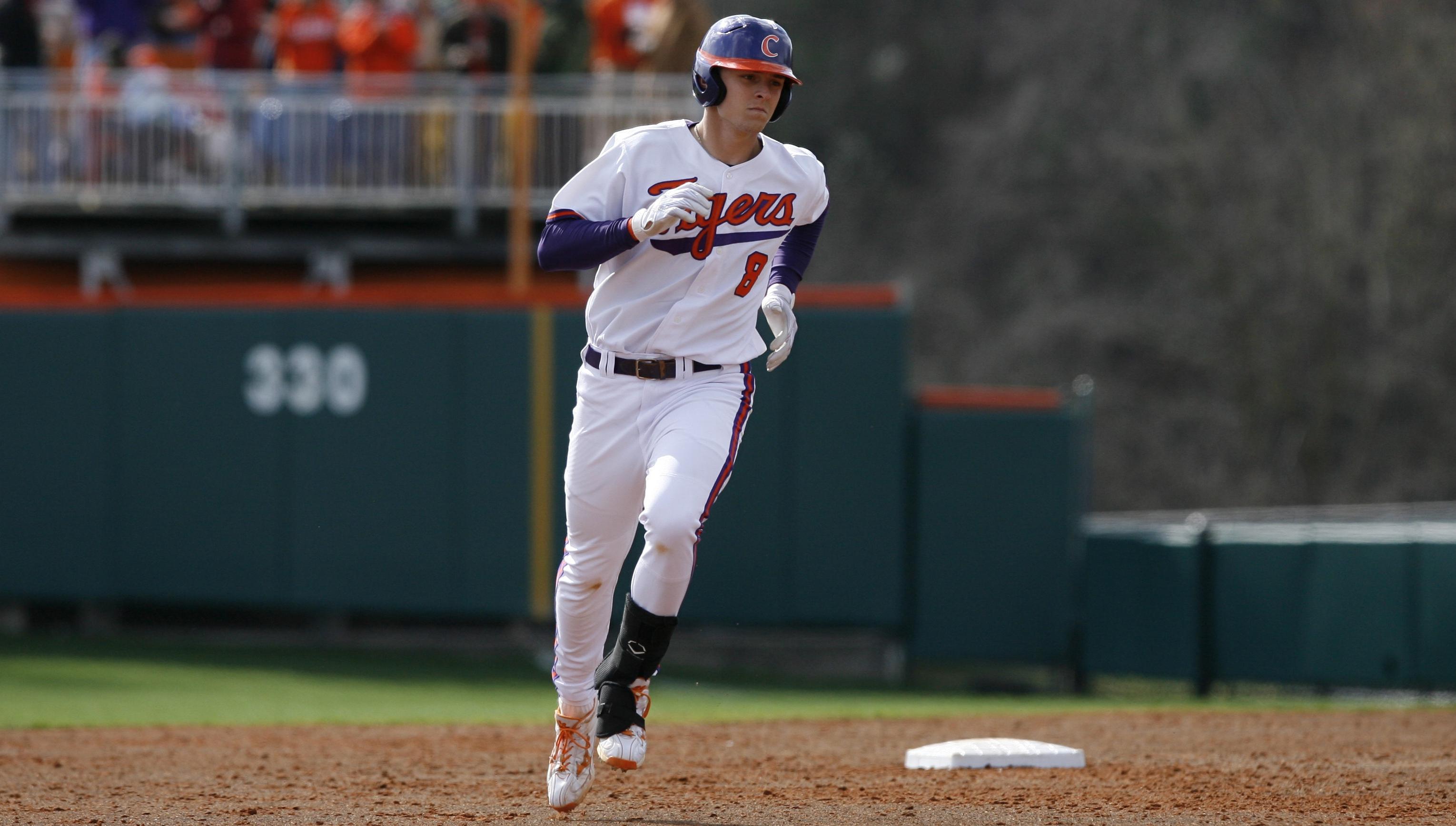 Clemson, SC – Five former Tiger baseball players opened play in the Arizona Fall League on Tuesday. The league kicked off play yesterday and will run through the month of October and early November.

The former Tigers competing in the league are Mike Freeman (INF), Will Lamb (LHP), Dominic Leone (RHP), Kyle Parker (OF), and Richie Shaffer (INF). Leone plays for the Peoria Javelinas, while Lamb is a member of the Surprise Saguaros. Freeman, Parker, and Shaffer all are teammates on the Salt River Rafters.

Each Major League Baseball team sends six top prospects to the Arizona Fall League, 180 players in all. Each August, Major League clubs hold a position draft to determine the players who will go to Arizona. Most are Double-A and Triple-A Minor League players. Each club can opt to send one player considered a Class-A player.