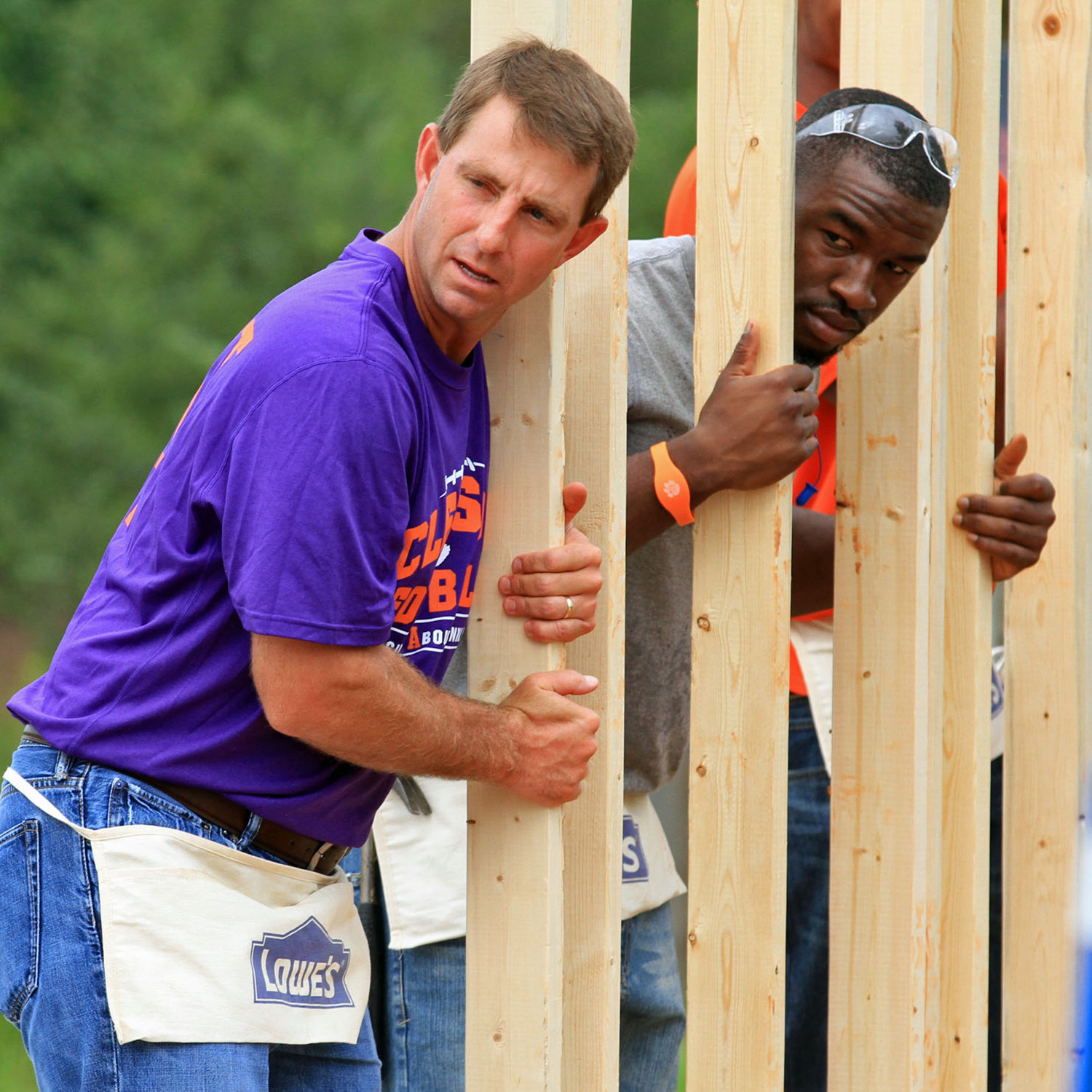 ANDERSON, S.C. – Tyson Dotson woke up this morning with his wife and two children living in a rented house. In a few short weeks, Dotson will be living inside a house built by members of the Clemson football team and Habitat for Humanity.

Head Coach Dabo Swinney and the Tiger football team took a day off from the rigors and grind of football to give back to the community. The Tigers boarded buses and headed south of downtown Anderson, S.C., where they helped build three houses at different stages of construction.

“It’s a great opportunity for our team to give back,” said Swinney, who has taken his team on community service projects like this one every year he has served as head coach of the Clemson program. “It helps our players see the bigger side of life. It’s awesome to be a part of someone’s life in a positive way.”

It was the second time in as many years the team travelled to the neighborhood, as they were able to see the completed houses they constructed last season.

Tomorrow, the team will return to the gridiron for another practice in preparation for the top-ranked Florida State Seminoles. Today, however, it was all about the Dotson family (pictured below) and two other families who will soon enjoy the comfort of a new home.