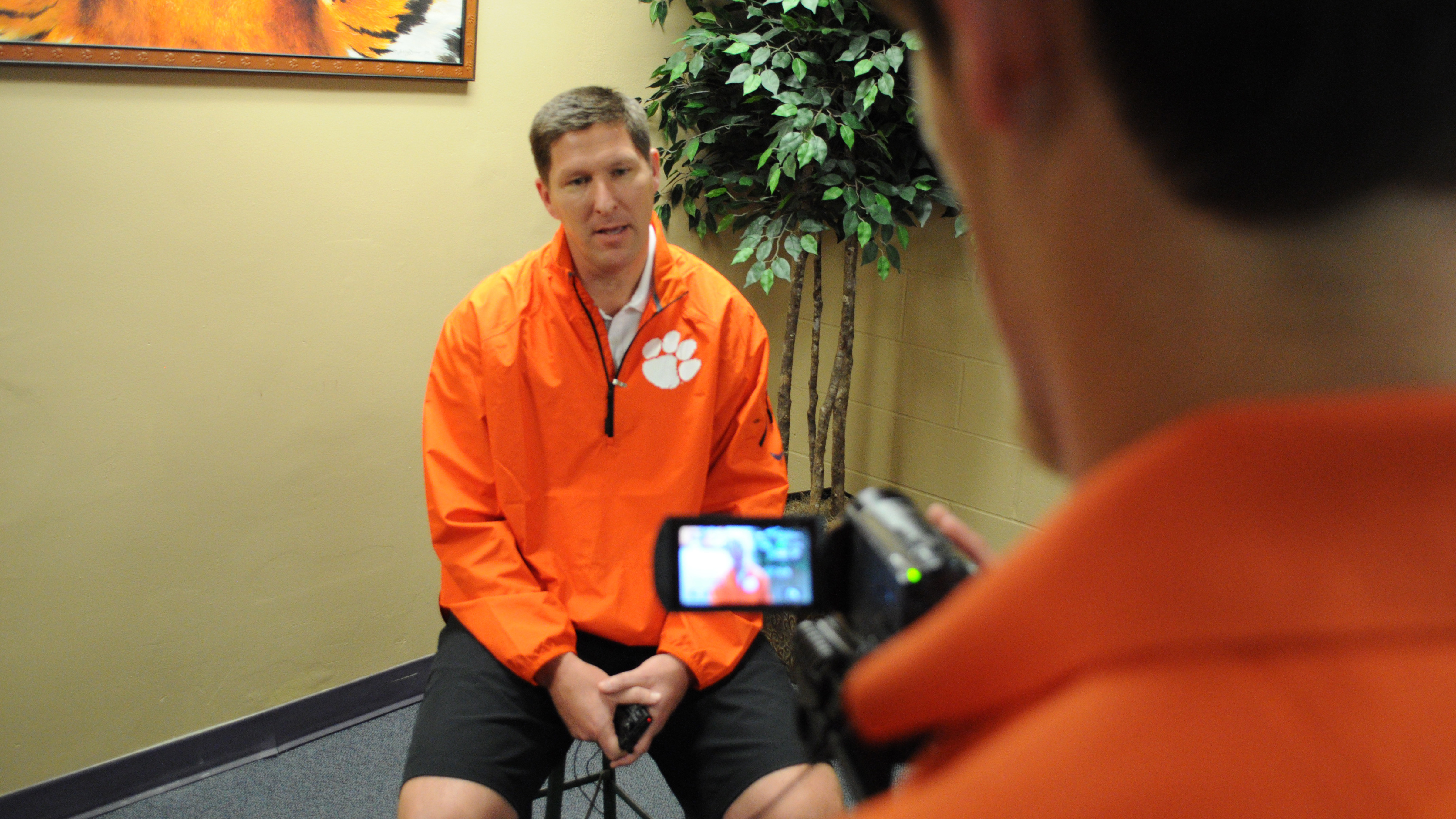 CLEMSON, SC – Over the summer, Clemson Athletics marketing head Mike Money met with Department of Graphic Communications lecturer Erica Walker to discuss how to get her students involved with the athletic department.

On Sunday at Littlejohn Coliseum, Clemson fans will get a chance to see the fruits of that labor, as the winning promotional video from a contest between the two sections of Walker’s Graphic Communications 340 class will be shown on the video board and the students who produced it will be called to the court to receive a prize pack from Money’s marketing staff.

“They were really excited when we announced this project,” Walker said. “Not all of them are basketball fans, but a Clemson Tiger is a Clemson Tiger. Those guys play sports at a school that is important on the national scene, so there is an element of being excited about getting to meet players on any of the sports teams.”

Walker’s GC340 students have done a video project on a different topic each year, holding a contest called “The Godfrey’s” to determine the winning video, and that seemed a perfect segue into doing promotional videos for the athletic department.

This year’s winning group was comprised of Kelly Siciliano, Savannah Younts, Becky Bunch and Kristen Bolchoz, who produced a video entitled “Are You Ready?”

“My biggest learning experience from being involved in The Godfrey’s was not to be narrow-minded,” Siciliano said. “When shooting for a video, it often will not go as you planned for it to. This means you have to be able to adjust and come up with alternate solutions for the problems you come across.

“I gained a ton of respect for people in video production because it is definitely something that requires a lot of time, attention and detail.”

“It’s always fun to interact more with the student body,” Roper said. “We’re regular students, just like everyone else, but our schedule doesn’t always allow for it. I know my teammates really enjoyed the opportunity to talk to the graphic communications class and help them with their promotions project for our games.

“Hopefully, it will lead to more involvement in the future and help spread awareness of the good things we’re doing in our program across campus.”

The winning video can be viewed here: http://www.youtube.com/watch?v=Uv05UOA6upM&list=PLsDx9ICiRL9HfDtHnAhOgPc3O91qgsomn.

Money and his staff were so impressed with the project that the promotional videos will be used for select games on the schedule on Clemson Athletics’ social media platforms, and also on the video board at Littlejohn Coliseum.

Perhaps the most impressive part of the videos, given their quality, is that most of the students had never done any video editing prior to this project and only had three weeks across fall break to work on their videos.

“The biggest learning experience from this project was to make sure you have everything planned out in detail before filming to make the process operate smoothly, but also be able to be flexible with your story and work with what was given,” Bunch said. “Make sure to get multiple takes on each shot, because when filming you do not catch on to or notice everything, but things will appear to you when editing.”

Also, the students were working with borrowed equipment from the library, which obviously affected the production value, but the project did allow the student body to get involved with Clemson Athletics.

And that, of course, was the whole point.

“It was a really exciting project,” Walker said, “and hopefully the beginning of an ongoing partnership, so that the students, the athletes and the athletic department all benefit from what we can produce every year.”