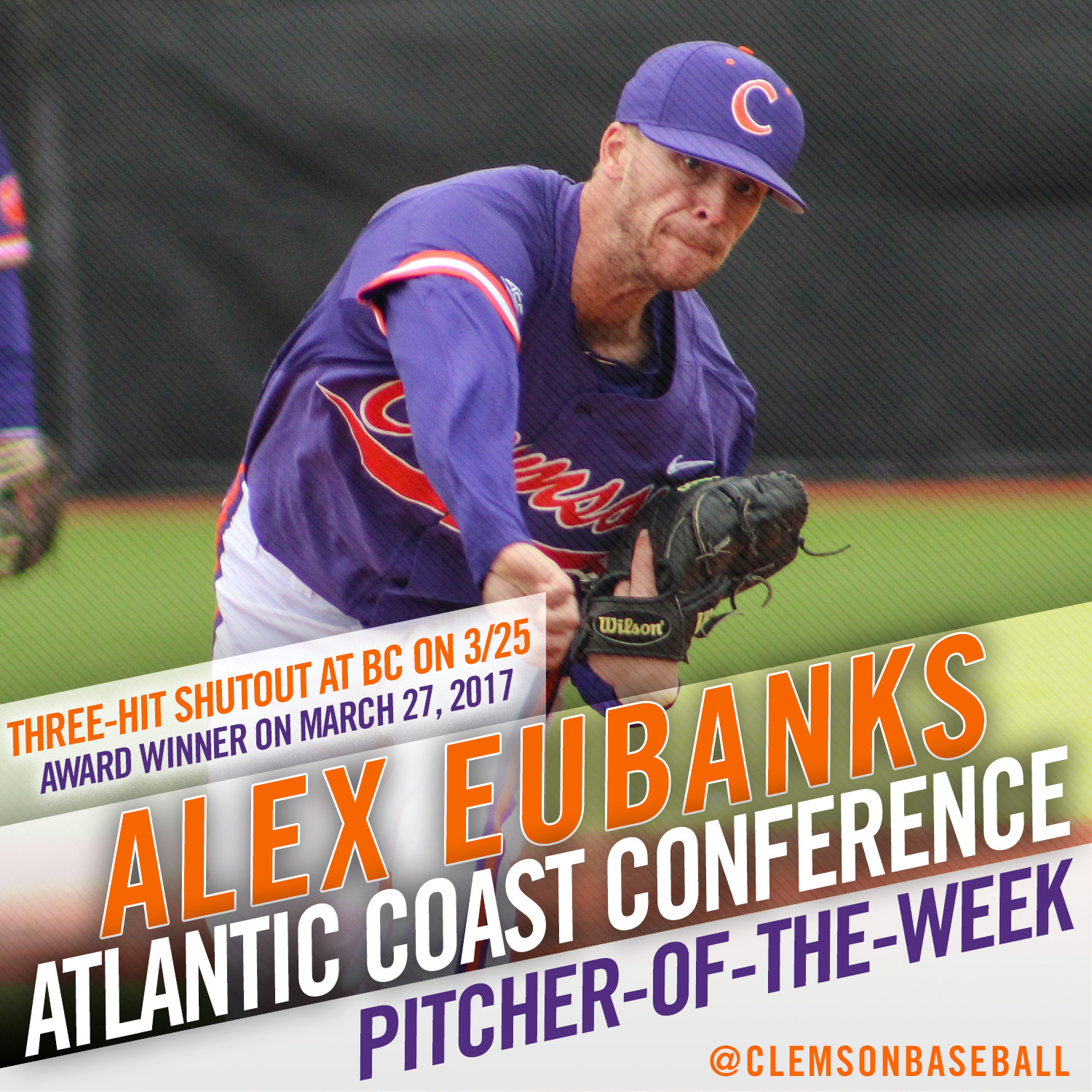 Eubanks tossed a three-hit shutout in Clemson’s 1-0 win over Boston College at Kingston, R.I., on Saturday. In 9.0 innings pitched, he allowed just three singles, no runs and no walks with a career-high-tying 10 strikeouts. He faced just 30 batters and threw only 103 pitches, including 78 for strikes. Eubanks also did not allow a leadoff batter to reach base and did not go to a three-ball count on a batter.