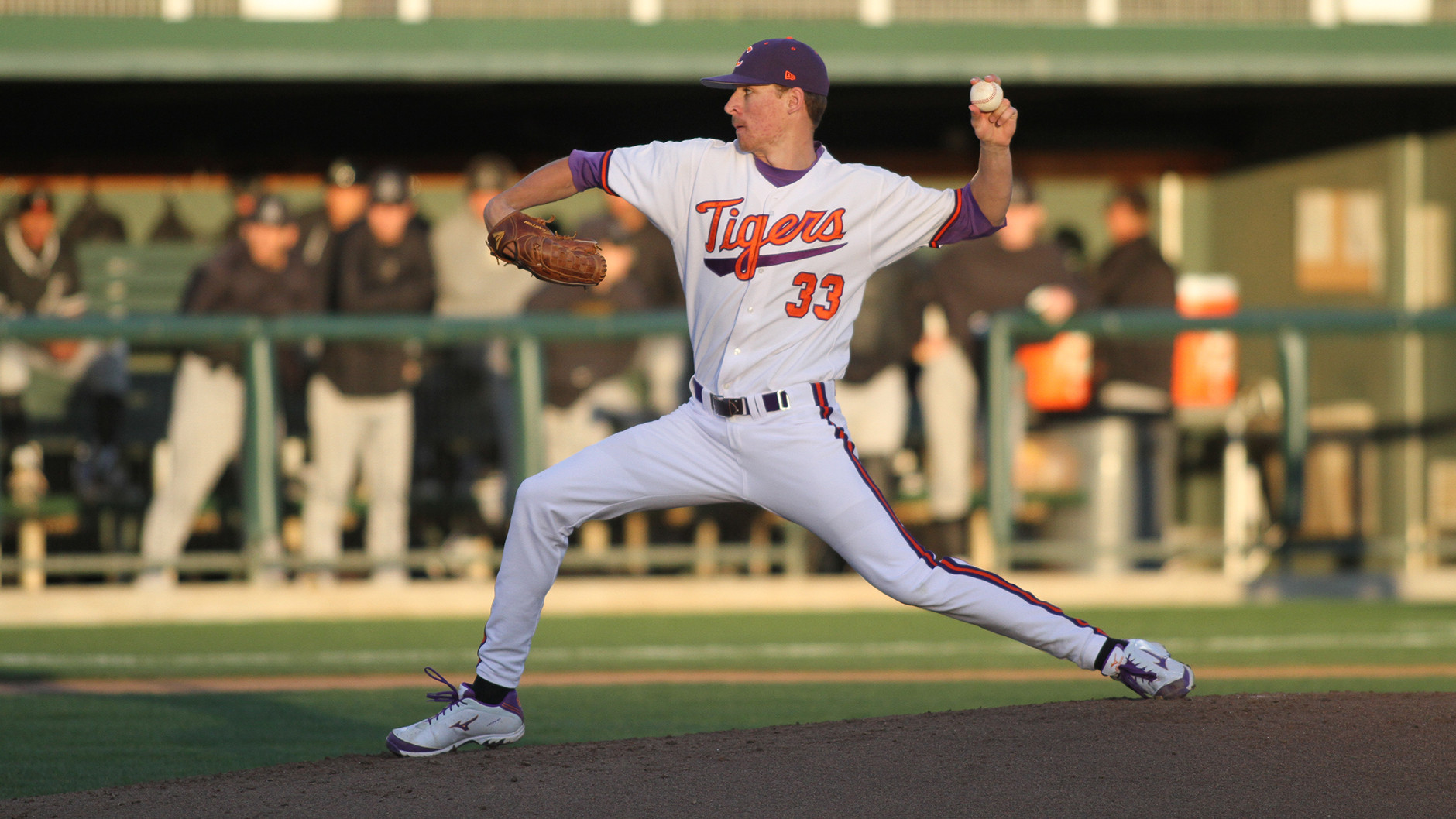 Erwin Pitches No. 14 Tigers Over Mountaineers, 2-1

CLEMSON, S.C. – Lefty starter Zack Erwin allowed just one run on four hits with seven strikeouts in 7.2 innings pitched to lead No. 14 Clemson to a 2-1 victory over Appalachian State at Doug Kingsmore Stadium Wednesday night. It was the first meeting between the two schools since 1997.

Erwin (1-0), who did not issue a walk, set a career high for innings pitched and tied his career high for strikeouts for Clemson (10-5). His previous career-long outing was 6.0 innings pitched. Matt Campbell pitched the final 1.1 innings to record his second save of the year. Starter Sean Mason (0-1) suffered the loss for Appalachian State (4-13).

“I pitched pretty well I think,” said Erwin. “I was getting ahead in the count. First-pitch strikes were big, and I got a lot of people on 0-2 counts. I was impressed at how Campbell came in and really shut it down. He was really good today.”

The Tigers begin a five-game stretch of games away from home with a three-game series at Wake Forest beginning Friday at 6 p.m.