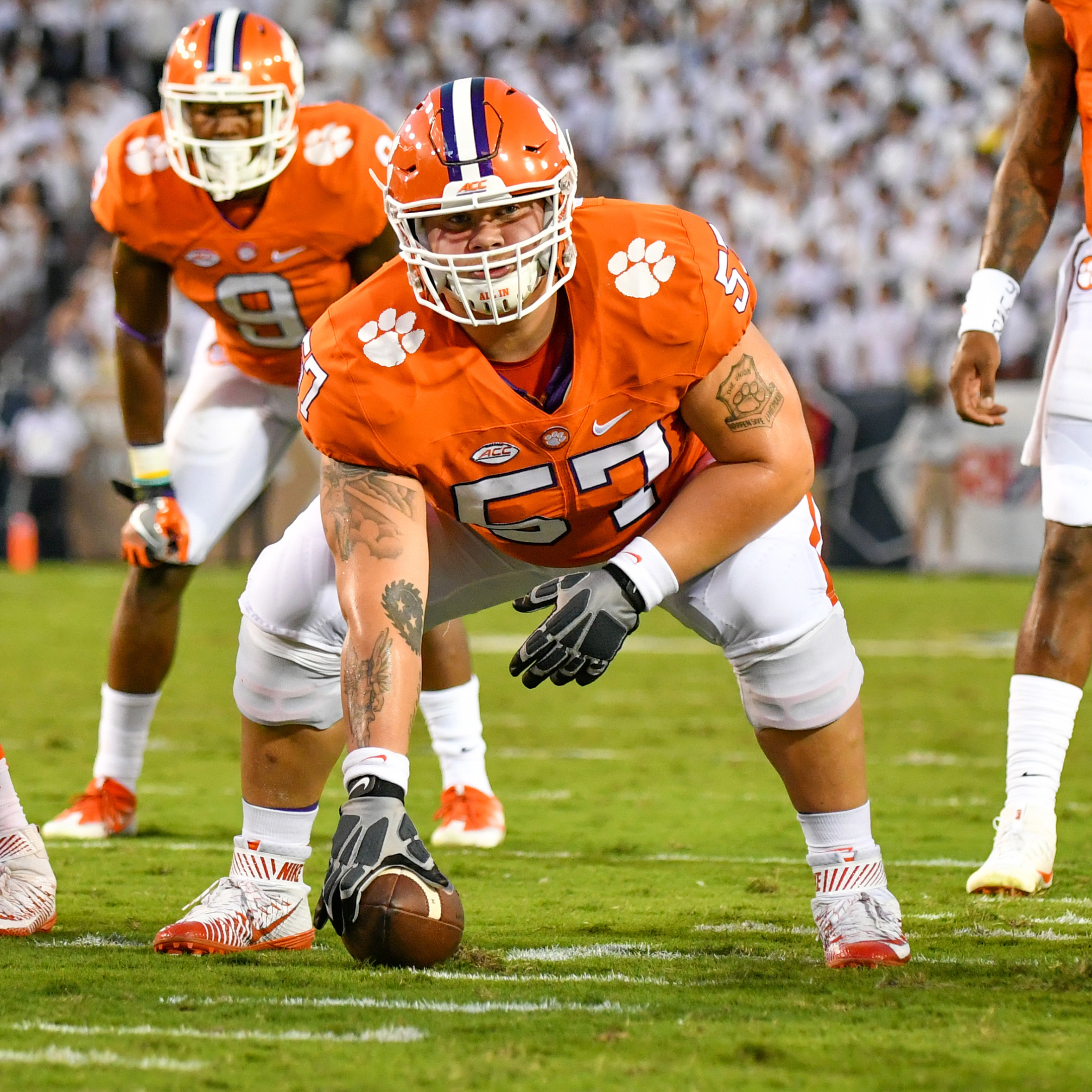 The makeup of a championship football team is far from set in stone, but there are certain attributes that seem to be constants. One is a selfless, committed leader who may not receive a fair share of the spotlight but is a superstar on the field and in the locker room nonetheless. For the 2016 Clemson Tigers, redshirt senior center Jay Guillermo was all that and more.

Guillermo served as the Tigers’ starting center each of the past two seasons, earning All-ACC honors both years. Equally as important was Guillermo’s leadership role on the team, with the Maryville, Tenn., native using his position as a team captain this past season to establish himself as one of the Tigers’ most influential locker room voices.

Jovial and funny off of the field, yet focused and serious on the field, he emerged as the type of leader that any football team would want. When discussing Guillermo this past spring, Clemson co-offensive coordinator Tony Elliott told reporters, “He’s happy, he sets the tempo and he doesn’t mind being vocal. But he’s backing it up with his work, as well, so it’s not just talk.”

With a relentless work ethic, Guillermo led by example, serving as a mentor to young offensive linemen learning under him. Critically acclaimed as one of the best offensive linemen in the nation coming out of high school, Guillermo was rated as the top center in the country, as well as the top player in the state of Tennessee by ESPN as a senior at Maryville High School. Like any young lineman, though, he had to bide his time.

Guillermo, who redshirted the 2012 season, was a luxury for the Tigers to have as a backup to Ryan Norton his first two seasons, an experience that allowed him to diversify his technique and take his game to the next level. As a result, when Norton was injured early in the 2015 season, it gave Guillermo the opportunity to showcase his football acumen.

Solidifying himself as one of the ACC’s best centers, Guillermo earned Clemson’s Renwick-Flanders Most Improved Player Award after collecting 25 knockdowns and consistently grading over 90 percent. A proven winner, Guillermo was an integral part of two state championship-winning teams in high school, and his presence in Clemson’s starting lineup was assuredly a key contributing factor behind the abundance of wins that the Tigers accrued each of the past two seasons.

The starting center is typically one of the most important players on any football team, as his camaraderie with the starting quarterback and ability to make calls at the line of scrimmage often dictate an offense’s success, which Guillermo fully epitomized in his two seasons as Clemson’s starting center. While the 6-3, 310-pound Guillermo, who is currently graded as a late-round prospect for the 2017 NFL Draft, has the intangibles of an NFL-caliber center, his character and high football IQ could easily cause his draft stock to rise in the coming months.