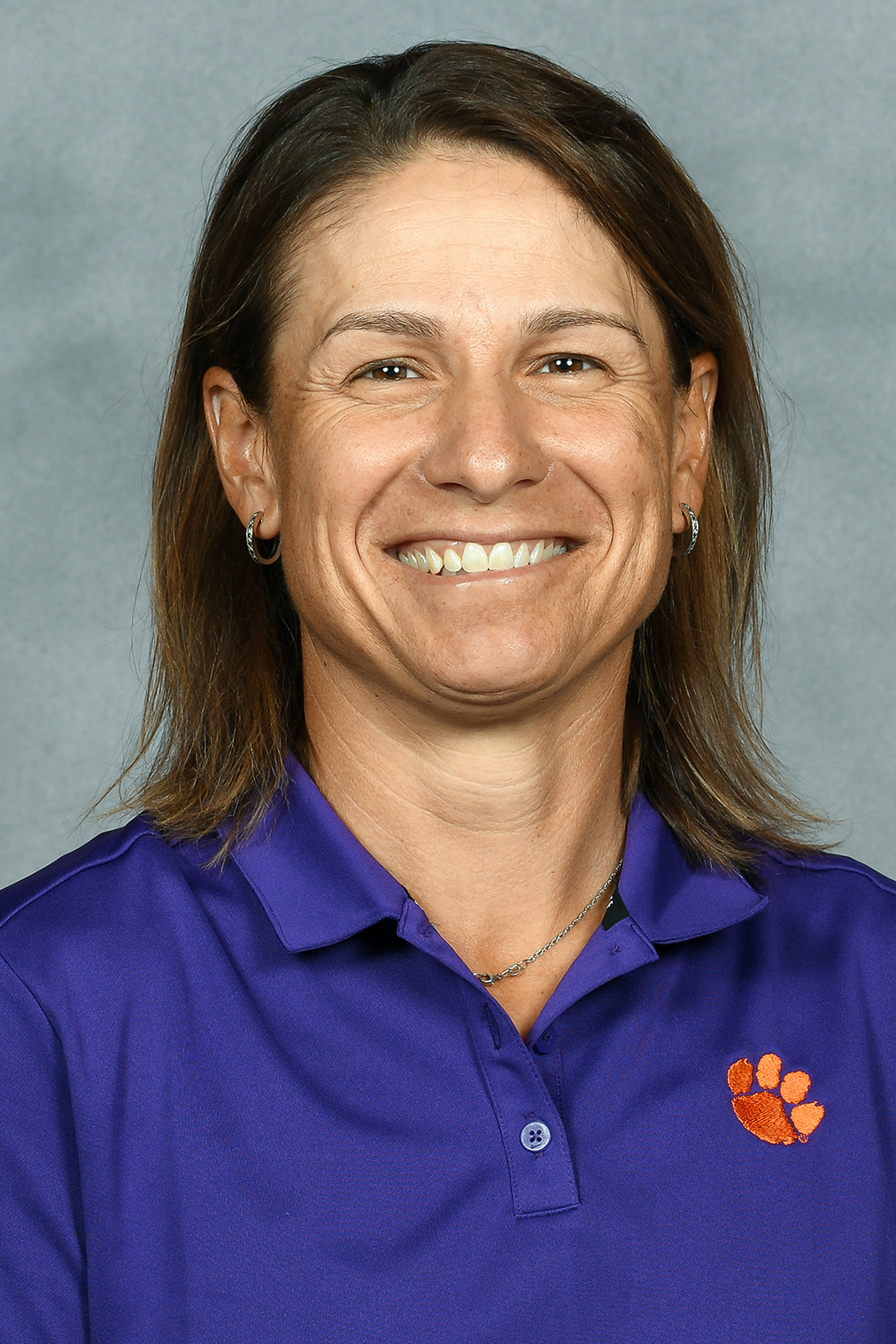 Heather Bowie Young joined the Clemson women’s golf coaching staff in the summer of 2016 when she became the top assistant on Kelley Hester’s first staff.  Now In her fifth season in 2020-211, she has had a big impact on the program that has been to the NCAA Tournament three consecutive years and has had two top 25 finishes.

The 2016-17 Tigers won the program’s first tournament in early February when they won the UCF Challenge in Orlando.  Clemson tied Miami (FL) after 54 holes, but had the low fifth score that final day and the Tigers were presented the trophy.   Later in the spring Clemson finished a program best fifth place at the ACC Tournament on Pawley’s Island.

The highlight of the year took place at the Athens Regional in May when Clemson qualified for the NCAA National Tournament for the first time with a fifth-place finish.  That performance included a six-under-par 282 team score in the second round, the second best round in Clemson history vs. par at the time.

Clemson was the No. 10 seed and ranked 39th in the nation overall entering the regional, but finished fifth to qualify for the National Tournament for the first time.  Clemson then finished tied for 20th with fifth-ranked Florida State at the national tournament at Rich Harvest Farms in Sugar Grove, Illinois.

In 2017-18, Clemson won a tournament for the second straight year, the Houston Dickson, and finished a program best third at the ACC Tournament.   Bowie Young had a big part in the improvement of senior Sydney Legacy, who earned first-team All-ACC honors.

In 2018-19 Clemson reached the NCAA again thanks to an 81-47-5 regular season record against a difficult national schedule.   Clemson had four top five finishes, to tie for the most in a season in Clemson history. Two Tigers, Ana Paula Valdes and Alice Hewson, won medalist honors.   Hewson, who was Clemson’s first four-time All-ACC player,  finished her career in 2019 as the owner of 46 Clemson records and Bowie Young had a lot to do with her success.  Hewson has gone on to a professional career and already has a win on the European Women’s Tour.

The 2019-20 season was cut short by COVID19, but before the year was halted, Clemson had a second place at the Mason Rudolph and a third place at the FSU Matchup, both against strong fields.

Bowie Young came to Clemson after 16 years of experience on the LPGA Tour.   Prior to her professional career, she was an individual NCAA Champion at Texas after assisting Arizona State to a pair of team national championships.

Bowie Young earned 28 top-10 finishes on the LPGA Tour, including winning the 2005 Jamie Farr Owens Corning LPGA Classic. In 2003, she was a member of the United States Solheim Cup Team and served from 2011-12 and 2014-15 as a member of the LPGA Player Advisory Group.

Bowie Young still has a strong game and qualified for the 2019 United States Women’s Open in Charleston.

As a student-athlete, Bowie Young capped off her career at the University of Texas where she earned the highest of honors as the National Player of the Year and the NCAA Individual Champion in 1997. She was also the BIG 12 Champion, BIG 12 Player of the Year, a first-team All-American, Scholastic All-American and the Marilynn Smith Award Winner. Young was inducted into the University of Texas Athletics Hall of Honor in 2011 for her achievements.

Prior to her time as a Longhorn, Bowie Young led the Arizona State Sun Devils to two NCAA team championships in 1994 and 1995. All together, the Washington, D.C., native won nine individual titles in college, was a four-time All-American, and a three-time Scholastic All-American.