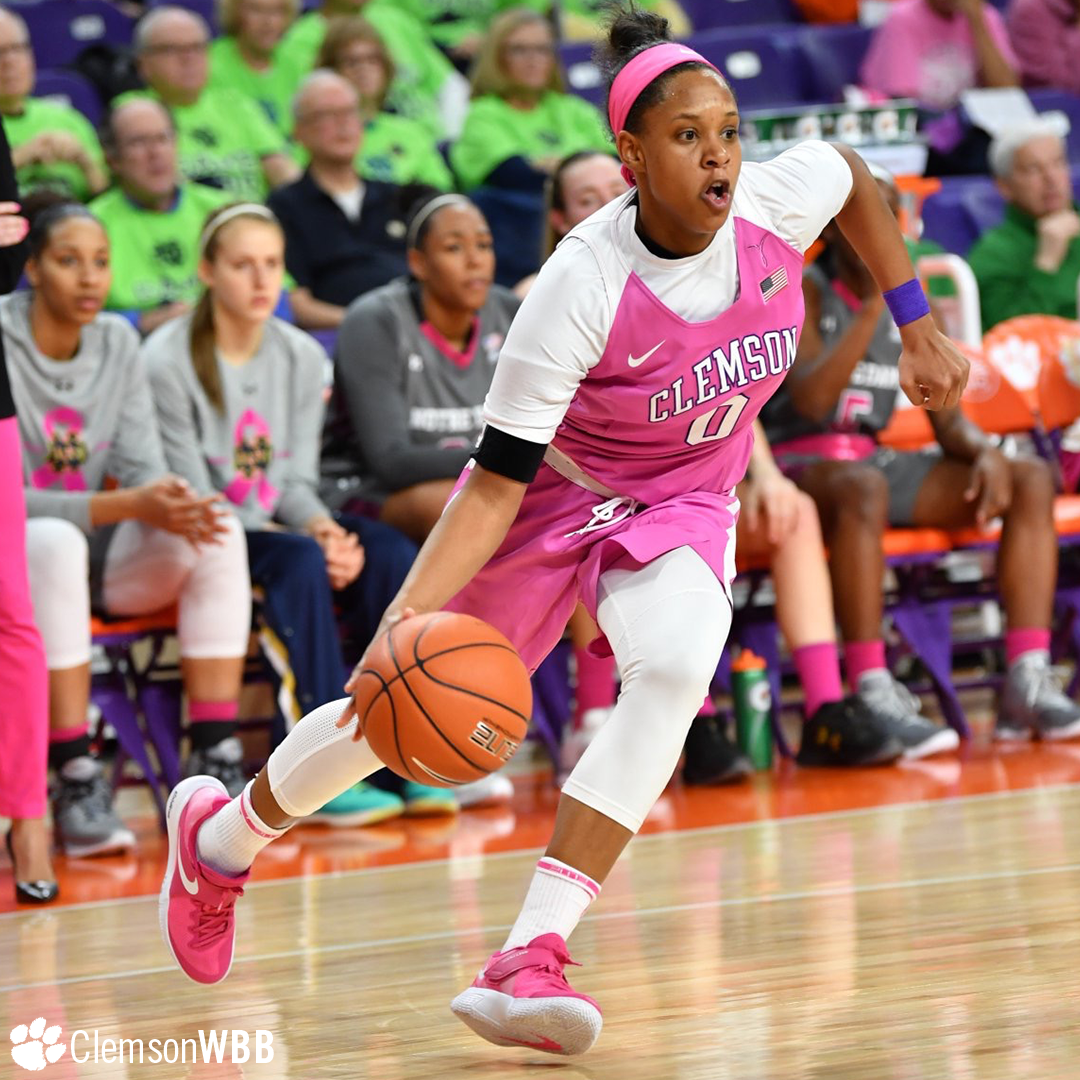 CLEMSON, S.C. – A jumper by Nelly Perry pulled the Tigers within two points with just 19 seconds left in regulation to threaten No. 7 Notre Dame with their first win over a ranked opponent since the 2011-12 season. However, the Fighting Irish (24-3, 12-1 ACC) netted a pair of free throws and held on in the waning moments of the contest to defeat Clemson (14-13, 3-11 ACC) in Littlejohn Coliseum, 84-80. The result ties Notre Dame’s smallest margin of victory this season as both Duke and Green Bay fell to the Fighting Irish by just four points.

With 7:37 left in the third quarter, the Tigers faced their largest deficit of 17 points as Notre Dame held a 51-34 lead. Clemson promptly responded with a 16-5 run to claw back into contention and cut the deficit to nine. However, Notre Dame closed out the quarter with a run of its own to carry a 65-52 lead into the final stanza.

The Tigers came out swinging with their backs against the wall in the fourth, converting on 10 of their 16 field goal attempts to shoot 63% in the quarter and outscore Notre Dame, 28-19. Despite Clemson’s valiant effort, the Fighting Irish looked to Marina Mabrey when it mattered most as she netted 14 of their 19 points in the quarter and finished with 29 points on the night.

Kobi Thornton joined Perry to fuel Clemson’s effort to combine for 44 points and shoot 55% from the floor, netting 16 of their 29 attempts. The point total is the highest produced by any two Tigers this season as Danielle Edwards combined with Perry for 42 points in their victory over Maine on December 2.

Perry dropped a season-best 24 points on the Fighting Irish to go along with six assists and four rebounds. Thornton’s 20 points on the night is a career-best as the freshman was just a rebound shy of her third double-double. She also finished with a career-best four blocks.

Victoria Cardaci shot with a hot hand from beyond the arc as she netted four threes for all 12 of her points. Danielle Edwards joined Perry, Thornton and Cardaci in double-figures with 11 points in the contest, seven of which came in the fourth quarter.

Clemson will finish its season on the road with contests against Florida State and Georgia Tech on the docket. The Tigers will square off with the Seminoles on Saturday, February 18 at 2:00 p.m., and finish the season with the Yellow Jackets at 7:00 p.m., on Thursday, February 23.