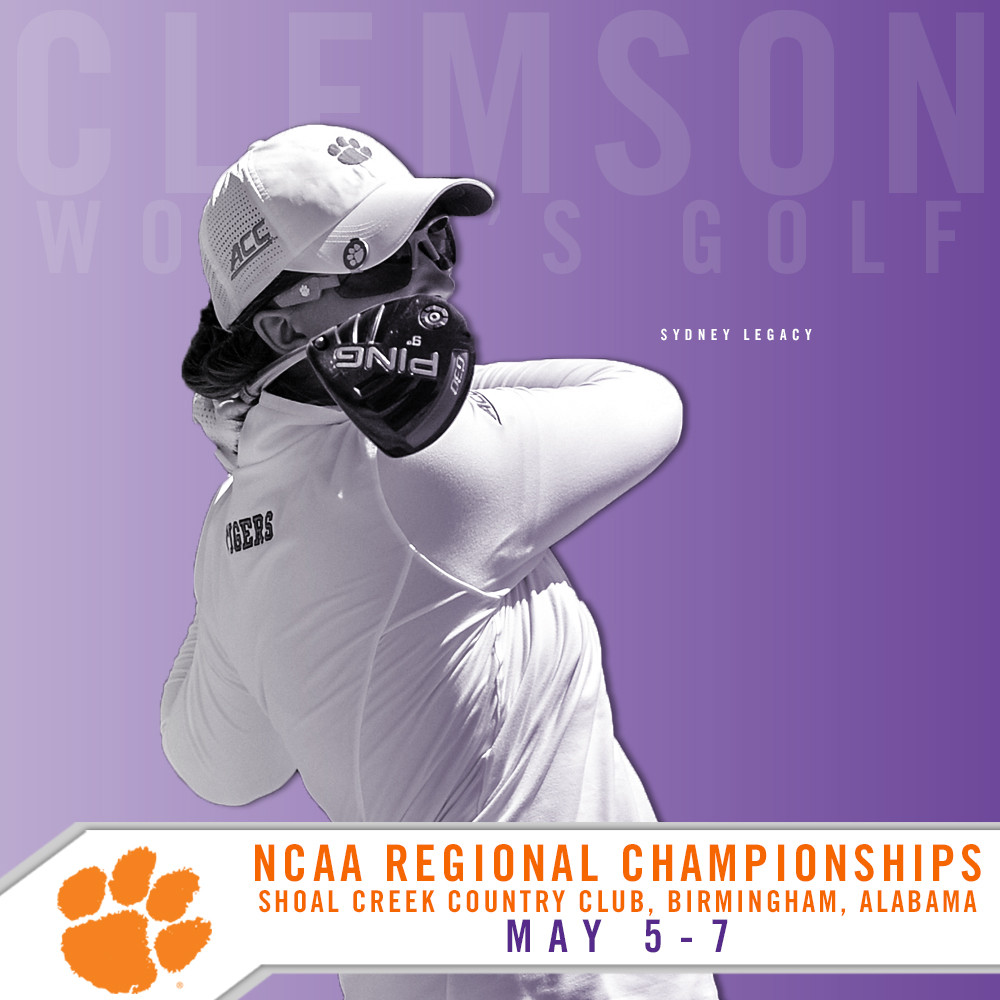 Clemson, S.C.—Clemson’s women’s golf team will leave for Alabama on Tuesday and begin play at the NCAA Central Regional on Thursday at Shoal Creek Country Club near Birmingham, Ala.  Clemson is one of 18 teams in the field for the NCAA Central regional. The top six teams after three rounds will advance to the 24-team NCAA National Tournament in Oregon on May 20.  Alabama, Northwestern, Oklahoma State and California are the top four seeds at the regional at Shoal Creek.

The Tigers, seeded 12th in the field, have finished the spring strong with a third-place at the Briar’s Creek Invitational, a fifth-place at the Clemson Invitational and a sixth-place at the ACC Championship.  Coach J.T. Horton’s team is a combined  30-11 against the field in those three tournaments.    For the year Clemson has five top five finishes in nine tournaments.   Clemson has played a challenging schedule as the Tigers have competed against 43 of the other 71 schools in the NCAA Regionals.

Clemson will have a young lineup, one that features two freshmen, two sophomores and a junior.  Alice Hewson has the top stroke average with a 73.11 figure, currently second best in the three years the Tigers have had a program.  The native of England has a pair of victories on her resume and three top 10s overall.  She was named to the GB&I Curtis Cup Team last week.

Lauren Stephenson has just three more strokes than Hewson in the same amount of rounds (27)  this season.  The freshman from Lexington, S.C. had a victory at the Yale Intercollegiate in the fall and four rounds in the 60s, best on the team.

Sophomores Marisa Messana and Sydney Legacy have also played well of late. Messana had a 19th place finish at the ACC Tournament in Greensboro, tied for the best finish among the Clemson women.  Her 75.33 stroke average is third best this year.  Legacy is a junior college transfer who has finished in the top 25 in each of her last two tournaments and has a 76.75 stoke average for the year.  She also finished 19th at the ACC Tournament.

Junior Jessica Hoang is the only player in Clemson’s lineup with NCAA Tournament experience.  The three-year starter played in the 2014 Regional in Suncadia, Wash, as af freshman.   This year Hoang has a 76.05 stroke average for 20 rounds.

Days of Competition:  Thursday, May 5 through Saturday, May 7.