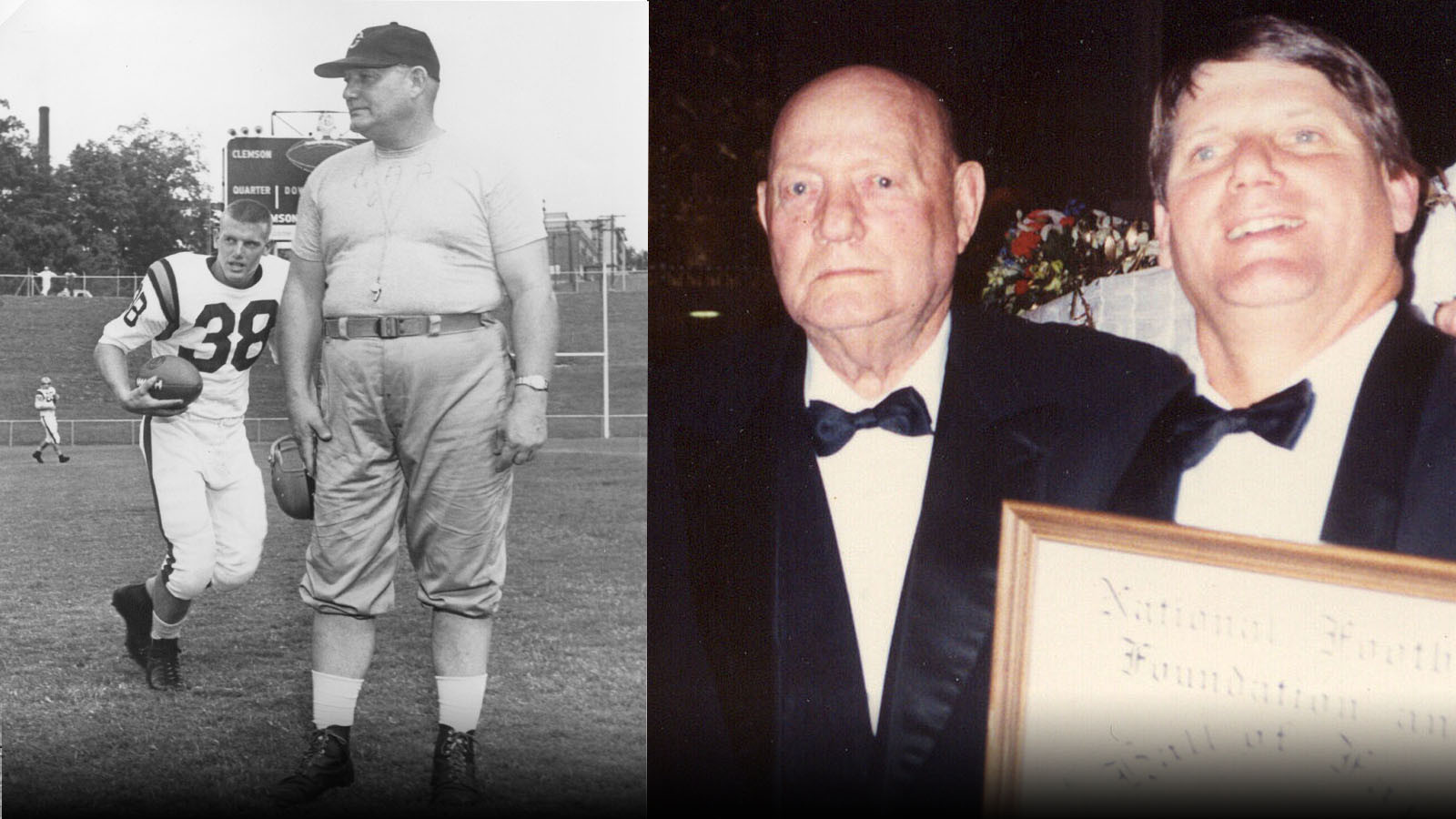 The most famous Clemson father-son duo in Tiger athletics is former Head Football Coach Frank Howard and his son Jimmy.

Jimmy had the privilege of playing for Coach Howard in 1961-63. Jimmy was a fullback in Howard’s powerful running offense. He graduated from Clemson with honors in June 1964. He received his master’s degree in horticulture from Clemson in May, 1967.

Jimmy saw a good bit of action his junior and senior seasons and is listed as a starting halfback in 1962. Jimmy, who is a local businessman around the Clemson area, commented on his iconic father.   “He was an all-around good guy,” said Jimmy. “He was 100% Clemson and he had a great sense of humor.”

Coach Howard received many honors during his career and retirement. Among those is the naming of the playing surface at Death Valley, Frank Howard Field.

“Having the field and the other honors are great but what’s more important to me is seeing the impact my father had on players. It was and is still is something very special.”

“I scored the winning touchdown in the game. Actually, it was the first touchdown of the game when I scored, but we won 24-20 and a touchdown is worth six points, so that’s the winning td isn’t it?” asks Howard.

In the 1963 game, Howard scored the first touchdown of the game to give Clemson an early lead. On a third and sixth play from South Carolina’s seven yard-line, Howard rushed the ball on a sweep on the left side for seven yards to pay dirt.

Ironically, a few days before the game a reporter asked Jimmy if he would like to score a touchdown against the Gamecocks.  His reply was simple. “It doesn’t matter just as long as we win by one point!”

The week before the big game, Tiger coaches were watching the game film in Fike Field House of the 1962 Clemson-South Carolina game in preparations for the 1963 contest. Jimmy Howard stood at the doorway and said, “We’ve got to win this one!”  A reporter standing nearby asked him what his prediction was in the annual battle between the two rivals, “I will settle for a 7-6 win right now.” Coach Howard turned around and grinned, “So will I son, so will I!”

Clemson eventually won the game 24-20 over the Gamecocks. In the game, Jimmy rushed the ball four times for 20 yards from his right halfback position.

Coach Howard commented on his son after the game at the post-game press conference. “Jimmy has been a remarkable boy. I don’t think any father could be any prouder of a son then I am of him. He does his job on the field. He makes good grades, and if every player was like him, this would be an easy game to coach.”