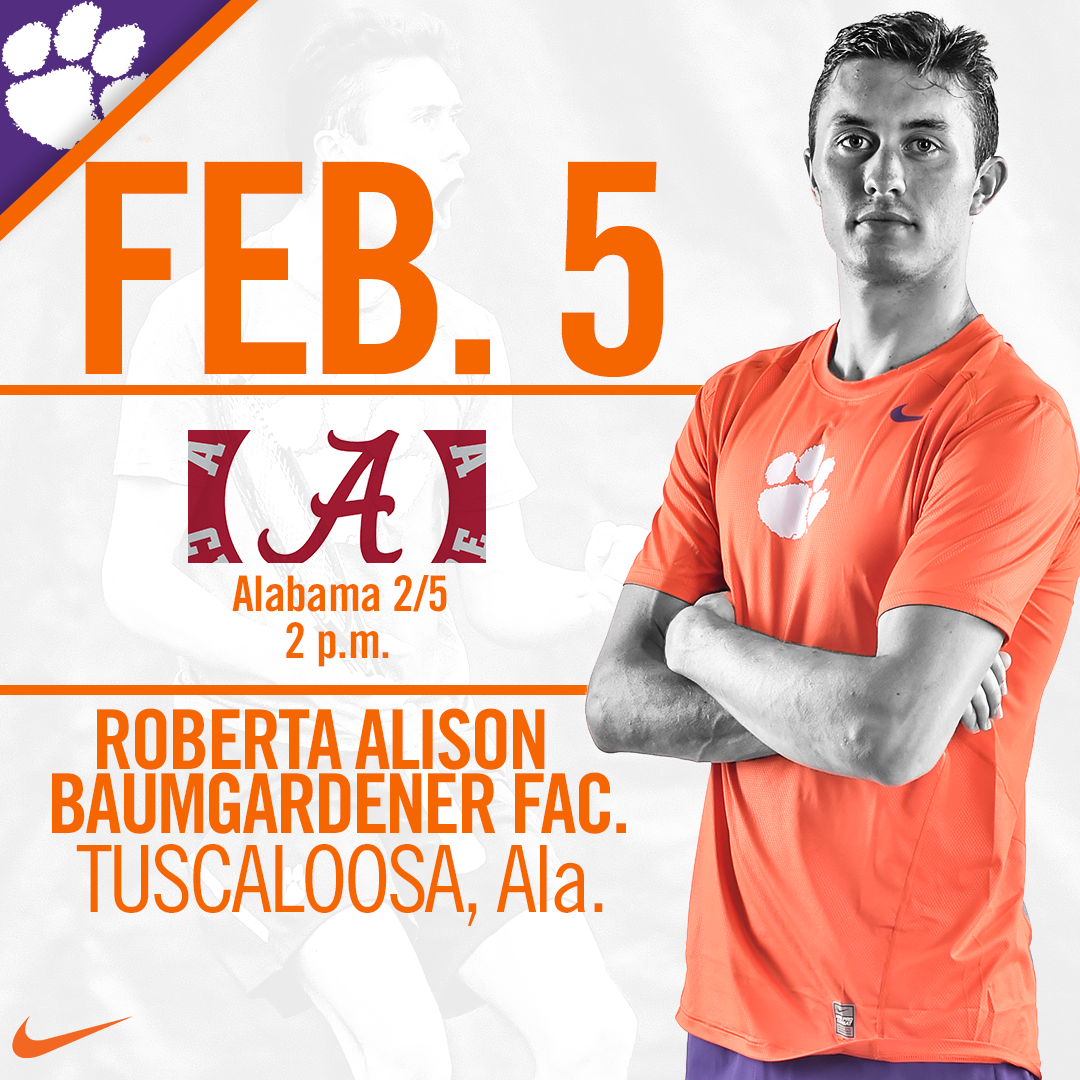 CLEMSON, S.C. –  The Clemson men’s tennis team aims to stay unbeaten when traveling to Tuscaloosa to face the Alabama Crimson Tide on Sunday. Alabama is currently 4-2 and went 1-1 during the ITA Kick-Off Weekend with a 4-3 win over Purdue.

So far this season the Tigers are 29-7 in singles matches, and 14-4 in doubles matches. Senior Brent Lett is currently 4-0 in singles play and dating back to the fall season he is on a seven-match winning streak. After an early slip-up in doubles play this season, seniors Christian Harris and Daffra Sanon have bounced back and have won four straight at No. 3.