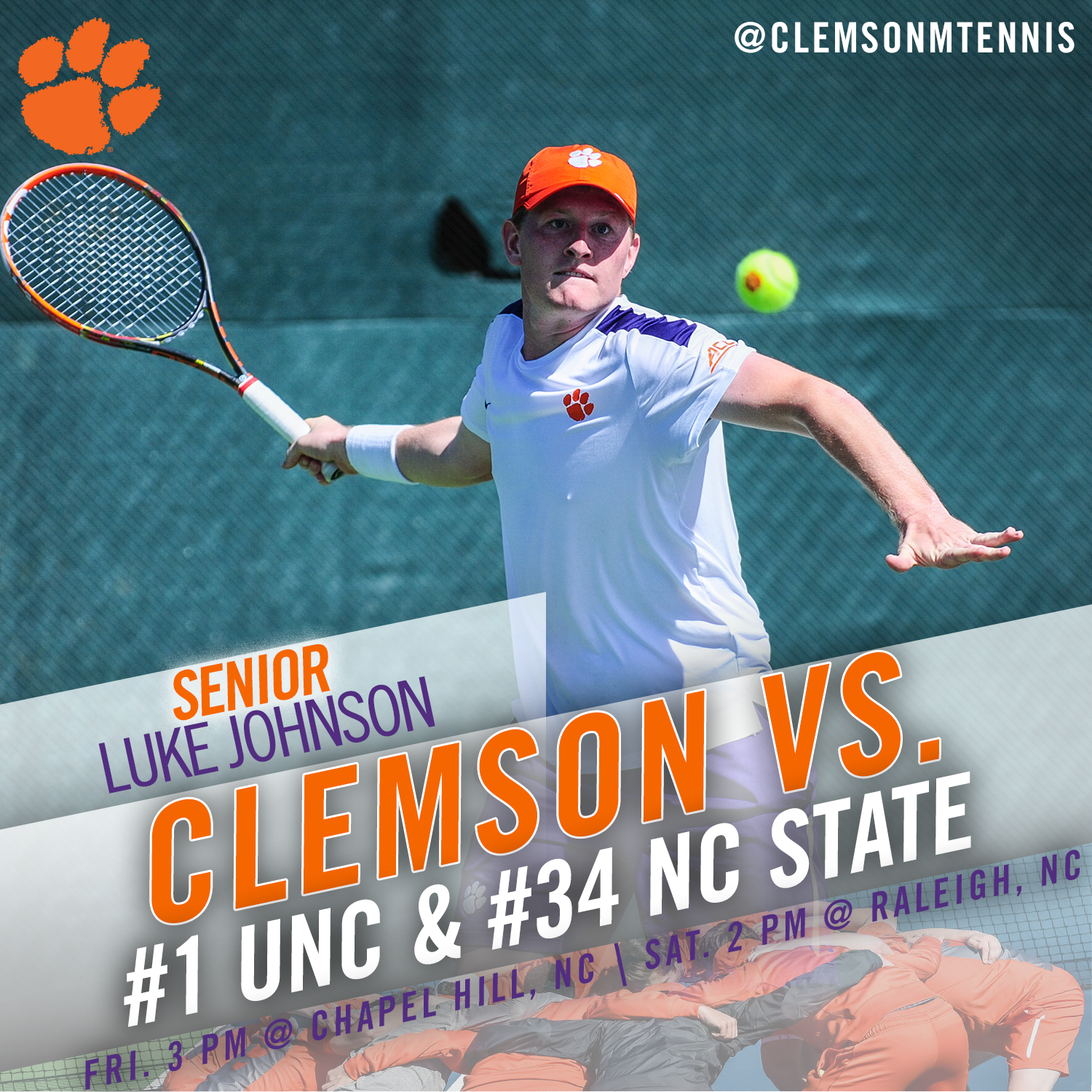 CLEMSON, S.C. – The Clemson men’s tennis team travels to the University of North Carolina on Friday and North Carolina State on Saturday. The Tigers face the Tar Heels on Friday at 3 p.m. at Cone-Kenfield Tennis Center. Live stats are available at http://www.goheels.com/ViewArticle.dbml?DB_OEM_ID=3350&ATCLID=206004361. On Saturday the Tigers travel to Raleigh to face #34 North Carolina State at 2 p.m. Live stats are available at http://sidearmstats.com/ncsu/mten/xlive.htm and video is provided at gopack.com/watch. Updates will also be provided for both matches via Twitter, @ClemsonMTennis.

The Tigers are looking to bounce back in ACC play after losing their last two ACC matches against Wake Forest and Georgia Tech this past weekend, both of which were nationally ranked. Clemson fell to the Yellow Jackets Friday night at Ken Byers Tennis Complex, 6-1. On Sunday Clemson traveled to Winston-Salem, coming up short against the Demon Deacons, losing 7-0. After Saturday the Tigers have faced four straight nationally ranked opponents.