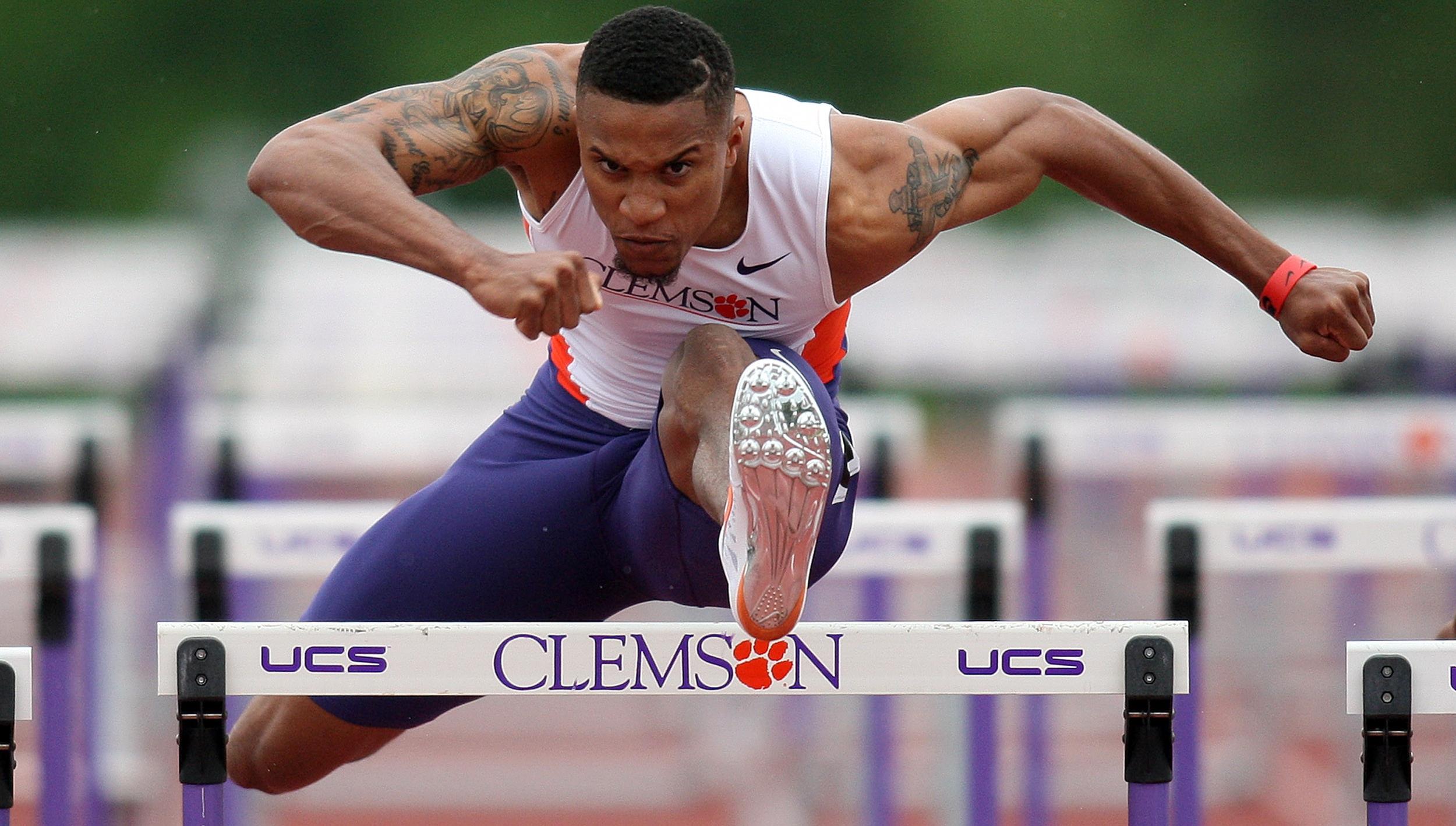 CLEMSON, SC – The Clemson track & field program had 10 first-team All-Americans at the NCAA Outdoor Championships, according to the official list released Monday by the U.S. Track & Field and Cross Country Coaches Association (USTFCCCA). The Tigers had a total of 18 first- and second-team performers across the men’s and women’s programs.The Clemson women’s team, which finished in ninth place, had eight first-team All-America honors. Brianna Rollins led the way, earning a pair of accolades including a National Championship in the 100 hurdles. She broke the NCAA record in the event, running 12.39 in the final to cap a tremendous individual season. She was also an All-American with the 4×100 relay, giving Rollins a total of eight first-team All-America honors in her career – second-most in Clemson history.Keni Harrison collected three first-team honors, most in one season for a Tiger female since Shekera Weston also earned three in 2001. She was fourth place in the 400 hurdles and fifth in the 100 hurdles. Harrison was lead leg for the relay team. Dezerea Bryant was fifth place in the 200 dash, earning her sixth career first-team All-America accolade. The Wisconsin native also finished 10th in the 100 dash, earning the women’s team’s lone second-team accolade. Bryant and fellow sprinter Stormy Kendrick composed the final two legs of the bronze medal relay. Kendrick’s All-America honor was the fourth such honor of her career.Spencer Adams and Reggie Lewis were first-team All-Americans from Clemson’s men, who tied for 35th place. For Adams, it was the senior’s fifth career first-team All-America accolade. He placed third in the 110 hurdles with a time of 13.34 in the final. He broke Duane Ross’ school record in the semifinals in Eugene, running a time of 13.24.Lewis, a sophomore from Albany, GA, earned his first career All-America accolade after placing eighth in the 100-meter dash. He ran a personal best 10.07 in the semifinals – one of the top five times in school history – to qualify for the final.The men’s team had individual second-team All-Americans in Tevin Hester (4100 meters), Marcus Maxey (110 hurdles) and Jameel Abdul-Mateen (long jump). The 4×100 relay – composed of Hester, Lewis, Warren Fraser and Brunson Miller – also claimed second-team honors after a 10th-place finish at the NCAA Championships.