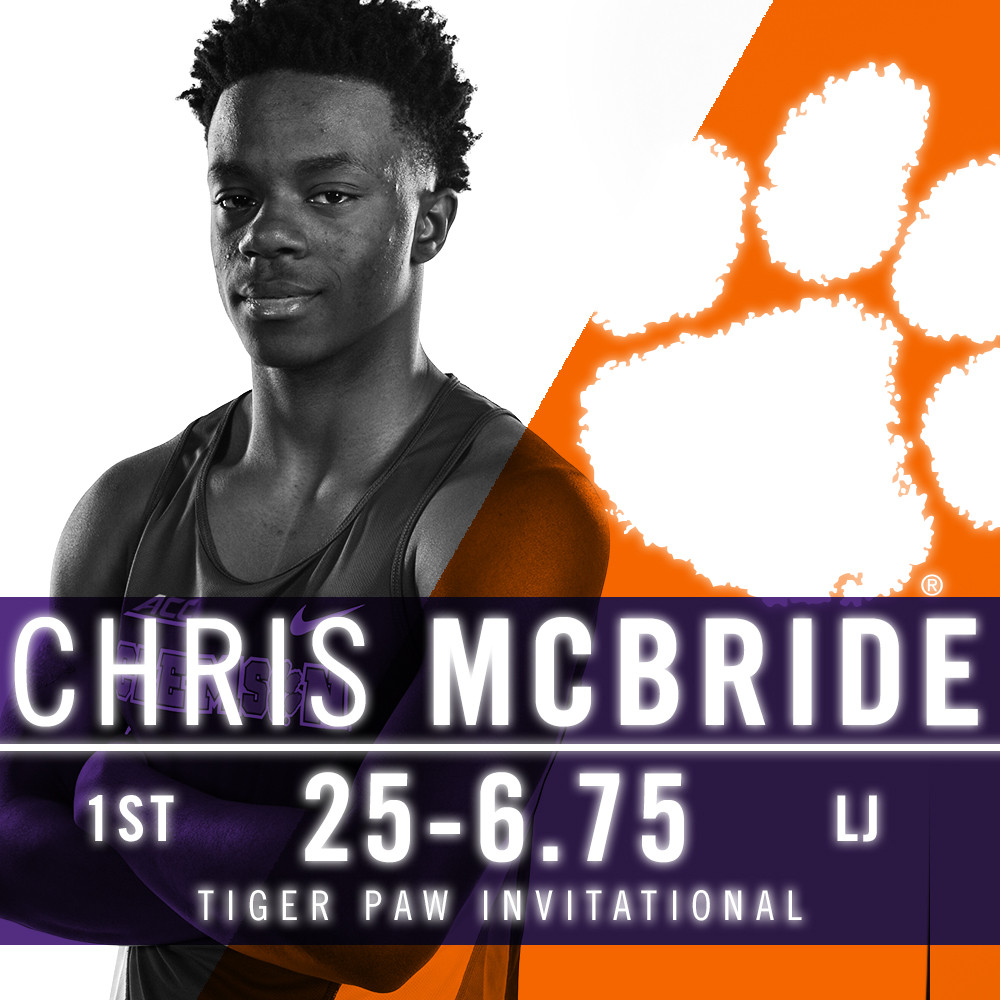 CLEMSON, S.C. – Chris McBride highlighted a day in which the Tigers rewrote the program record book with a Clemson indoor record in the long jump. Opening day of the Tiger Paw Invitational saw two facility records fall and eight performances by the Tigers that were worthy of the Clemson record book.

McBride registered three leaps greater than his previous record of 25-5.25, ultimately winning the event with jump distancing 25-6.75. The mark is the seventh best jump recorded in the nation this season. His record performance is seven inches better than the next best mark in the ACC.

Alex Sands and Trevious Frazier each ran personal bests in the 60 meter dash while Jacob Slann ran the mile time of his collegiate career as well. James Quattlebaum and Clayton Wilson took fourth and fifth place respectively in the 5,000 meter run.

The women’s performance was highlighted by a big personal best for Torie Robinson in the 60m dash to win the event. The junior’s time of 7.27 is .09 seconds faster than her previous personal best. The effort currently ranks her eighth in the nation and is the third fastest time in program history. She finished just ahead of Rebekah Smith and Sabria Hadley as they took fifth and seventh place in the event.

Angelica Collins continued to impress, registering a personal best in the long jump to take fourth place with a leap distancing 19-10.25. Katie Fortner placed fourth as well with her personal best mile of 4:55.57. Olivia James took seventh in the 400m with a time of 54.08.

The Tigers conclude the Tiger Paw Invitational tomorrow with multi-events beginning at 9:00 a.m., and action in the field beginning at 11:00 a.m. The women’s 600m run will kick off events on the track at 12:00 p.m.